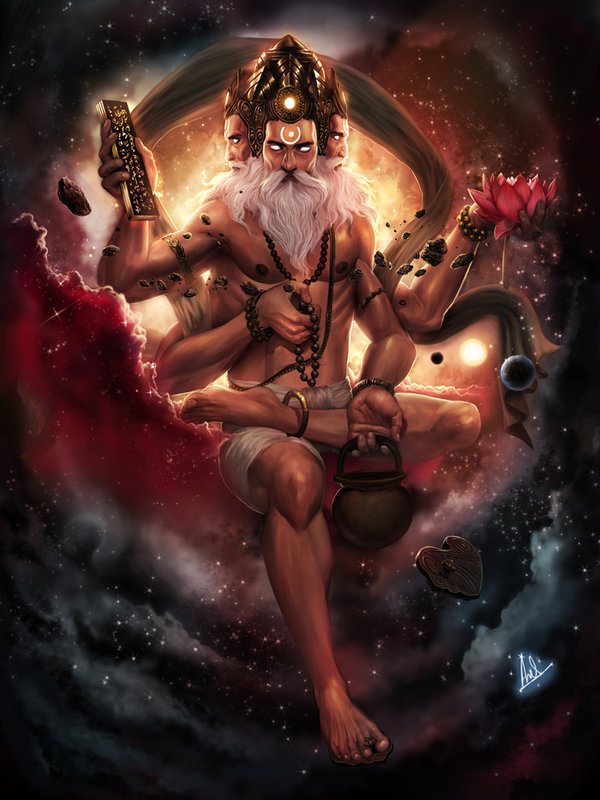 The “Gods” Of Creation

The Book of Genesis in the standard King James translation of the Bible opens with the line: “In the beginning God created the heaven and the earth.”

The translation is in error right from the start. It seems that the original Hebrew word used for “God” was Elohim, a reference to “gods.” This is because the ancient Hebrew culture was polytheistic. That means the Hebrews worshipped more than one god.

Since Christianity attempts to proclaim a single god (in spite of the confusing trilogy of father, son and Holy Ghost), the translations from Hebrew to Latin and then eventually to English got altered over the years to promote the concept of one god that created everything.

The creator of the universe that we perceive may, indeed, be interpreted in singular form. There is a sense among esoteric thinkers that the universe is a living entity which explains the abundance of life throughout its creation. Thus all of creation, including we humans, are but living cells within the creator.

There also is the concept of "the god within," that the soul, or spiritual spark that exists within all humans, makes us all living gods and creators of our own universe. Thus we all live in the universe of our own creation, and in a parallel dimension to everyone else's universe. Thus we become the gods of creation, or the Elohim.

The Christian concept of a grandfather god with a long flowing white beard that reached out and ordered the creation of the stars, sun and the earth, then put life on the earth, is perhaps designed for a children's book. It does not belong to reality.

It is interesting to note that the name Elohim appears at least 30 times in the first chapter of the Book of Genesis, and no less than 2,570 times in the old Hebrew text.

Notice too, that the white bearded god in the Genesis story appears to be talking to himself in some of the key events.

During the creation of Adam the Elohim said “let us make man in our own image.” In Chapter 3, after Adam had eaten the forbidden fruit of the tree of knowledge, god said: “Behold, the man has become like one of us, to know good and evil.” After the flood, when the Tower of Babel was being built, god (now identified in Hebrew text as Yahveh) said “come, let us go down . . . “

Yahveh, which occurs about 6,000 times in the Hebrew text, is considered the proper name for god. Thus it seems peculiar that the original writer of the story would use “Yahveh” in a sentence that includes the comment “let us go down.”

There is a reason for all of this plurality in these ancient writings.

The historian Renan (Histoire du people d’Israel) notes that the Semites believed that the world is surrounded and governed by the Elohim. And to them, the Elohim were ancient living beings, somewhat like spirits, that in some way had a hand in the destiny of mankind.

How could the Semites have dreamed up such a notion?

If we were literally made from the DNA implants of an alien race of visitors, who used the bodies of advanced primates successfully adapted to the Earth’s gravity, environment and atmosphere, the first members of the human race would have a vivid memory of their creators. The story would be interpreted as gods that came out of the sky, made men in their own image, and eventually returned into the air.

Subsequent visits by the aliens . . . to make sure everything is going well for the new race of humans . . . would serve to reinforce the stories.