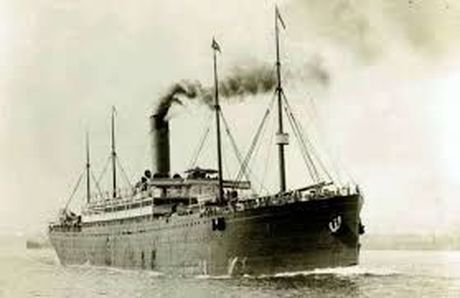 Republic
The Republic Disaster of 1909

The White Star Line lost its fine liner Republic in 1909 only four years prior to the Titanic disaster. Fortunately, because of fine seamanship, the collision that claimed this steamer resulted in the loss of only nine lives. The 570-foot steamship was leaving New York harbor in the early hours of January 22 with 525 passengers and 297 crew members when it was struck broadside by the Italian liner Florida in heavy fog just off Nantucket Island.

The Florida struck the Republic on the port side, instantly killing two passengers asleep in their cabins and fatally wounding two other passengers. Three crewmen working in the bow of the Florida were crushed to death and two female passengers were fatally injured. That more lives were not lost is credited to the great seamanship conducted by the officers and crew members of both vessels and the fact that Republic was equipped with the new Marconi wireless telegraph and managed to summon the Coast Guard cutter Gresham to the scene.

The CQD distress signals from the Republic’s radio operator Jack Binns that morning is believed to have been the first time in history that the wireless was used to summon help at sea.

The other important factors involved in saving the passengers and crew of Republic that day included the bravery of the engine room crew to stay on their post and open the boiler steam valves before the rising sea water caused the heated boilers to explode. Also the ship’s watertight doors were secured, which prevented the steamer from sinking before the passengers and crew members had a chance to escape.

It was bedlam in the darkened rooms and hallways on that listing ship that morning because shutting off the steam also cut the lights and power throughout the ship. Captain Inman Sealby was credited, however, for leading his crew in calmly organizing the passengers on deck for evacuation.

The Florida was still operating under power and it came about to rescue passengers and crew. Also the Cutter Gresham reached the scene in time to participate in the rescue. The Florida was already carrying about 900 Italian immigrants, bound for New York, so taking on the Republic’s passengers caused the big Italian liner to be severely overcrowded with its bow crushed back to the forward bulkhead.

The Gresham was the first ship to answer Binns’ radio calls. Some of the passengers on the Florida were then transferred to the Coast Guard ship. Late in the day, after the fog lifted, the White Star liner Baltic found the three drifting vessels and began taking passengers from the Florida. Then the two ships steamed into New York.

Captain Sealby and a few crew members remained on the Republic with Coast Guard workers from the Gresham, working with collision mats to try to stop the flooding and save the liner. But the following morning, some 15 hours after the collision, the 15,378-ton liner sank, becoming the largest ship to ever sink at that time.
​
There were stories that the Republic was carrying a cargo of gold which today would be worth billions, thus when the wreck was discovered in 1981, it became the object of major salvage expeditions that apparently continue to this day. The wreck rests upright in about 270 feet of water. No treasure has yet been found. 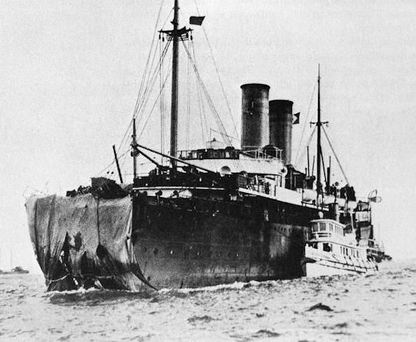