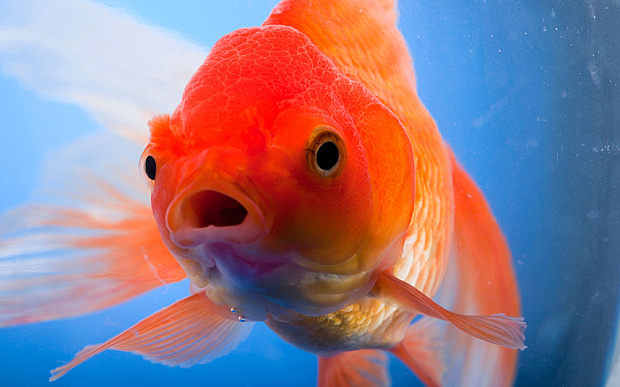 The Amazing Intelligence of Fish

Because they exist in an environment so unlike our own, humans generally consider fish as nothing more than creatures to be caught, scaled and fried for the dinner table. Some people enjoy placing smaller colorful fish in home tanks as instruments of decoration and personal amusement.

Some people consider fish as personal pets. It is this latter group that may not be surprised at a finding by Oxford University researcher Cait Newport and her team that a study of archerfish revealed that this breed of fish can clearly distinguish between the human faces peering at them from the other side of the tank.

The study, which appeared in a recent issue of Scientific Reports, not only describes the way Newport’s team proved its findings, but suggests that if archerfish can make this distinction, then other fish probably can too.

The study utilized the archerfish’s unique ability to capture insects flying just above the water by spitting a plume of water to knock them out of the air. Once the insect hit the water it became a meal for the fish.

The experiment involved rewarding the archerfish with food each time it spit correctly at one face image from a number of human faces held before it. Even though faces were selected that looked very much alike, the fish always selected the correct face to spit into.

Newport said the fact that the fish could clearly distinguish the difference in a large number of human faces put before it proved an intellect that few people would have expected. She noted that for a fish, all human faces share the same basic features. “All faces have two eyes above a nose and mouth. Therefore to tell people apart we must be able to identify subtle differences in their features.”

When you think about it, that fish proved it could do something that must humans cannot do when looking back at schools of fish. To us they all look alike, just as we would think we must appear to them.

Because of the recent discoveries detecting unique intelligence in animals, including not only fish but birds, bees, livestock and even trees, it should be more and more difficult for people with rectitude to continue on with the brutal slaughter of livestock to provide food for the dinner table.

It appears that all creatures, large and small, are more special in this amazing world than humans once imagined.
​
American aboriginals, many of whom still consider the taking of a life for food to be a sacred event, always understood this. I still recall the day my wife and I entertained a Hope priest at our home. When we prepared his breakfast of bacon and eggs, we were surprised when he took his plate out into the yard, conducted a ritual of thanksgiving, and then gave part of the meal back to the earth from where it came.