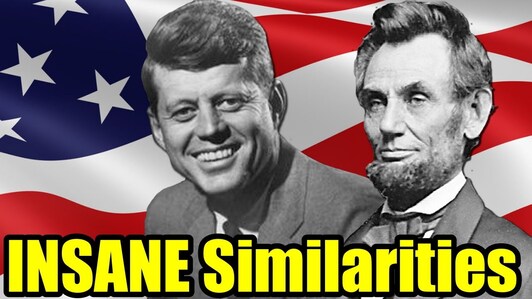 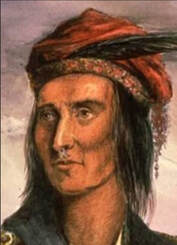 Tecumseh
American Presidents Appear Chosen by Name;
Their Fate Set By The Numbers

Before Trump there has been something very spooky about the history of American presidents. It was almost as if the electoral process had no effect. Certain people are destined to be our nation's leaders no matter what. And certain presidents appear cursed to die in office.

If you study the names of the men we elected to this high office, there are a lot of them with double letters. Names like Roosevelt, Hoover, Kennedy, "Bill" Clinton and "Jimmy" Carter are quick to pop up. The other winners include Adams (with two "a's" in the name), Dwight D. Eisenhower (two d's and three e's), and Nixon (with two n's). I think you get the picture.

Using this formula, it is perhaps understandable that George W. Bush defeated Al Gore in the 2000 election. Even though Gore out-polled Bush in popular votes, Bush was destined to win because he had two g's and two e's in his name. It also is easy to see why Barack Obama defeated John McCain in the next presidential race. The four “a’s” in Obama’s name, plus two “b’s” out-trumped McCain’s double “C’s.”

Donald Trump fits this pattern because he has two “D’s” in his first name. Joseph Biden has two “E’s” which also fit. By all of the odds, Hillary Clinton should have won the 2016 election. She actually won the popular vote but Trump stole the office via the Electoral College.

A few years ago I met a very unusual man who liked to study numbers and statistics like this. When he pointed out this phenomenon behind the winners in American presidential elections, I did not believe him at first. But then, after searching through American history records, I found that he was quite right.

The candidates with the double letters were always the winners, especially if their opponent was an unfortunate with a name like Al Gore. Because Gore did not choose to be known by his full first name, Albert, he had little chance to winning over a man named George. The name Albert Gore, if you notice, also has two e's in the full name, but the letters are separated by first and last names. George, which contains both g's and e's in the same name, was clearly the winning favorite. Had Al's first name been Allen, I believe that he could have been the winner.

You may perhaps write this off to a subconscious decision by American voters to trust or simply just prefer names with double letters. But there is another peculiar thing about our presidential history that is harder to explain and is much more disturbing.

Ever since Benjamin Harrison (with two r's) was elected to office in 1840, every president going into office on even number years except Ronald Reagan (three a's) has died in office. And there was an assassination attempt on Reagan's life and it was disclosed he was suffering from Alzheimer Disease during his later years in office. Some believe Nancy Reagan may have been running the country during this period. Was Reagan mentally dead while still serving as our president? This was especially troublesome because George W. Bush was elected on a triple zero election year, 2000. Yet Bush miraculously appeared to have broken what was known as the Tecumseh curse.

Will the winner of this election also escape the even year curse? 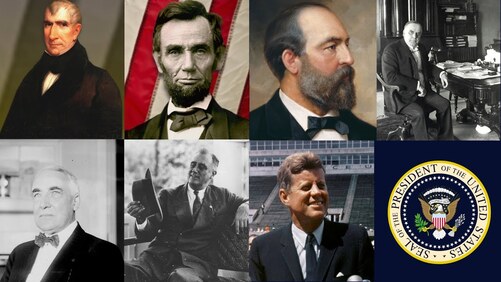 ​The story is that Chief Tecumseh was a Shawnee who wanted the American Indian tribes to break away from the reservation and return to their old ways. He established a village at Tippecanoe Creek, Ohio, called Utopia Town where his followers gathered. While he was away, William Henry Harrison, then an army general got into a skirmish with the people at Tippecanoe Creek and Tecumseh's brother was killed. This happened in 1811. Tecumseh was so angered that he gathered a band of about two thousand warriors and joined the British in battles against the Americans in the War of 1812. Later, when Harrison sought the presidency in 1840, Tecumseh cursed him.

The curse reads that if Harrison wins the office of Great Chief "he will not finish his term. He will die in office. And when he dies you will remember my brother. You think that I have lost my powers. I who caused the sun to darken and Red Men to give up firewater. But I tell you Harrison will die. And after him, every Great Chief chosen every 20 years thereafter will die. And when each one dies, let everyone remember the death of our people."

Harrison was the ninth elected president and just as Tecumseh predicted, he became the first president to die in office. His term lasted only one month. He became ill and on April 4, 1841, shortly after taking office, he died. The death list has continued right on cue ever since.

In a book Mysteries of the Unexplained published by Reader's Digest, 1982, I found some interesting synchronicities linked to the Kennedy assassination. There is a federal mint in Dallas that issued a dollar bill just two weeks before Kennedy was shot there. It is now known as the Kennedy assassination bill. Since Dallas is the location of the eleventh of twelve Federal Reserve Bank districts, the bill has the letter K, or the eleventh letter of the alphabet, printed on its face. Also the number eleven appears in each corner. The serial number of this bill begins with K and ends with A, suggesting "Kennedy Assassination. Kennedy was shot on the eleventh month of the year. Adding the two elevens on either side of the bill makes twenty-two, the date of the shooting. The series number is 1963, the year Kennedy died.

The writer of the article points to yet another interesting set of synchronicities connected with both the Kennedy and Lincoln assassinations, which occurred exactly one hundred years apart. Both men were shot on Friday and in the presence of their wives. They were both shot by bullets in the back of the head. Lincoln was shot in the Ford Theater and Kennedy was shot in a Lincoln, manufactured by the Ford Motor Company. Both men were succeeded by vice-presidents named Johnson. Both accused assassins were murdered before they could be brought to trial.

Do you ever get the feeling that our lives here are nothing more than a chess game and that we are all pawns, being manipulated by jokesters?
​