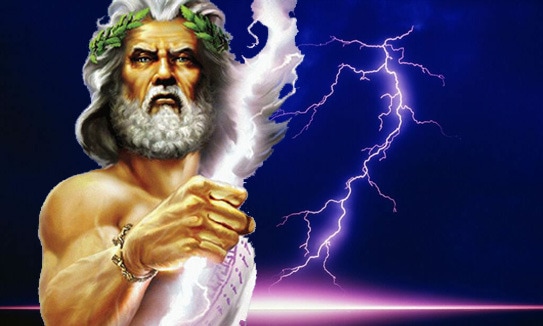 Horrors Of The Biblical Curse

The Christian Bible; especially the Book of Deuteronomy, is filled with curses by God for special acts of misbehavior. At the time these Old Testament books were written, the people were riddled with fear and superstition and a curse was taken very seriously. It was bad enough if the curse was cast by a witch. But when it came from The Almighty on High, the people literally trembled in fear.

So just who would the loving Creator of all things be willing to curse? To start with, He cursed everybody because Adam and Eve disobeyed orders to leave the fruit from the Tree of Knowledge alone. Once they tasted the fruit, God slammed them and all of their ancestors for ever and ever with a sinful state. The only way to break the curse was to kill something and spill blood all over a stone altar every time anybody broke one of the laws carved in stone by Moses.

But there were other specific curses outlined in the scriptures that appear just as silly as the Genesis original sin curse. Maybe even sillier.

Deuteronomy 28 is filled with a list of curses against anyone that fails to "obey the Lord our God and do not carefully follow all his commands."

A lot of the cursing is repetitious so we will just hit some of the highlights:

"The fruit of your womb will be cursed, and the crops of your land, and the calves of your herds and the lambs of your flocks.

"The Lord will send on you curses, confusion and rebuke in everything you put your hand to, until you are destroyed and come to sudden ruin because of the evil you have done in forsaking him.

"The Lord will plague you with diseases until he has destroyed you from the land you are entering to possess. The Lord will strike you with wasting disease, with fever and inflammation, with scorching heat and drought, with blight and mildew, which will plague you until you perish. The sky over your head will be bronze, the ground beneath you iron.

"You will become a thing of horror to all the kingdoms on earth. Your carcasses will be food for all the birds and wild animals, and there will be no one to frighten them away. The Lord will afflict you with the boils of Egypt and with tumors, festering sores and the itch, from which you cannot be cured.

"A people that you do not know will eat what your land and labor produce, and you will have nothing but cruel oppression all your days. The sights you see will drive you mad. The Lord will afflict our knees and legs with painful boils that cannot be cured, spreading from the soles of your feet to the top of your head."

As you read through that single chapter of Deuteronomy, it is easy to understand why the Hebrew people carefully went through daily rituals of devotion to the invisible God in the sky, and why they were constantly slaughtering sheep as blood sacrifices for everything they did that was considered sinful.

There exist a few other dreadful God curses in those Old Testament books that should be included in this list.

Numbers 5:27 spells out a curse for women who sleep around and cheat on their husbands: "When she is made to drink the water that brings a curse and causes bitter suffering, it will enter her, her abdomen will swell and her womb will miscarry, and she will become a curse."
Zechariah 5:4 describes a special curse for thieves and liars. God warns that He will send an entity (demon?) to the house of that person. "It will remain in that house and destroy it completely, both its timbers and its stones."

And lastly, Leviticus 24:15-16 presents what many preachers describe as "the unpardonable sin." That is punishment for anyone who blasphemes the name of the Lord. According to this curse, such a person must be stoned to death by the entire assembly.

But not to worry. After all, God is love is He not?