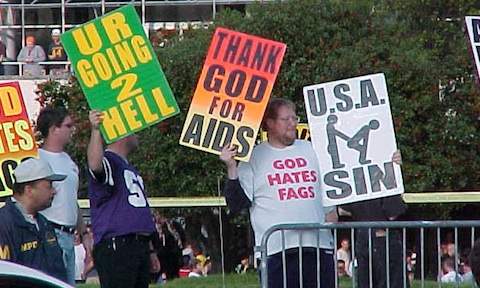 During the years I spent as a student and teacher of the Christian Bible I came to the conclusion that (1.) the stories were too incredible to be true, and (2.) the majority of people who accepted the stories were too firm in their convictions to ever question them.
I realized too that those who plunged into Christianity, who “accepted Jesus as a personal savior,” and were baptized by water, were literally gripped to that cult out of a fear of eternal damnation if they dared to ever stray.

My late wife and I attended services in Baptist and Bible churches where ministers preached what they claimed were the pure Words of God. They warned of an “unpardonable sin” which . . . if ever committed . . . would send anyone, even the most devout believer directly into the fires of hell. They issued altar calls at the end of every sermon, and we watched long-time church members rush tearfully to the altar again and again to commit themselves to the healing power of the invisible savior.

We also watched these “fundamental” churches fall apart time and time again after the pastors, the deacons or other officers ran off with each other’s wives, were caught beating their wives or molesting children. We saw pastors resign because they said their unmarried daughters became pregnant and they felt they failed to keep their homes in order. Yet they conducted questionable ethics in their business dealings, and in some cases, used their money to control the politics of the church.

It occurred to us after several years of this tomfoolery that we were attempting to belong to an organization filled with illiterate and superstitious people who failed to understand that their attempts to live a perfect and God-accepted lifestyle was not possible. That is because the dictates of the Old and New Testaments are impossible to keep. It is why the Old Testament Hebrews were constantly slaughtering sheep on stone altars to “cover their sins.” No matter how hard they tried, they just kept “sinning.”

If you think you can go a day avoiding sin, consider what Jesus said in his infamous Sermon on the Mount. To paraphrase, he said sin wasn’t just performing the act, it also involves thinking about it. Thus mentally lusting after a neighbor’s attractive wife is just as sinful as actually attempting to take her into your bed. Thinking you would like to kill a troublesome neighbor or the little snot-nosed brat down the street is as terrible a sin as actually doing it.

Who hasn’t entertained such thoughts?

Theist Gary Shadle, who has apparently devoted all of his writing talents to listing a thousand or more reasons why Christianity is invalid, notes that “the early followers of the faith were almost exclusively from the lower classes, mostly uneducated, unskilled and illiterate.” Consequently, Shadle continues, they were “incapable of critical thinking.”

A lot of the people who turned to Paul’s new form of religion were already bowing to Cybele, a goddess of fertility. The Jesus story is a plagiarism of many earlier religious cult systems. Many Romans at that time were followers of the Persian sun-god Mithra. That belief system speaks of a hero born of a virgin in a stable on the winter solstice. He was attended by shepherds who brought gifts. Followers were promised immortal life following baptism.

The religion Paul allegedly “invented” apparently only involved a change in the name of the god. Instead of Mithra the name of the god was now Jesus. The name Christianity was invented by Constantine about 200 years after Jesus lived.

A clever leader such as Paul would have had little trouble convincing a large number of illiterate people, already caught up in cult systems, that they could be promised a reward of a home in Heaven if they turned to Jesus.
​
Streets lined with gold sounded a lot nicer than the slave existence the people were enduring at the time.