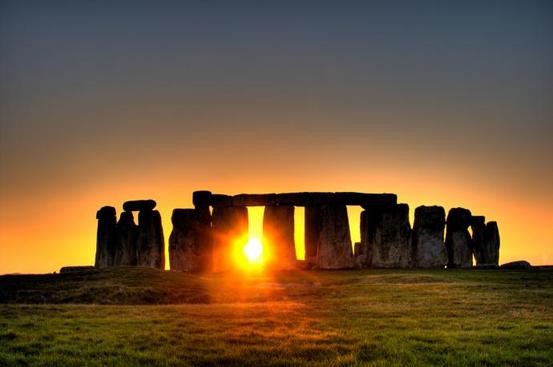 Spiritual Significance Of The Winter Solstice

That is because this is the day the Earth reaches its farthest tilt on its axis, and if all goes as it has for as long as humans have recorded history, it will start tilting back the other way by December 24.

Everybody understands this natural movement of our planet and reaching this zenith point in the year no longer alarms us. But in ancient times, the Aboriginal people worried that the Sun, which was sinking lower and lower in the sky and days were getting shorter and shorter, might possibly be going away forever. For them, the Winter Solstice became a very important spiritual experience. Once the days began getting longer and they knew it was coming back, there was cause for celebration.

Great stone monuments from that ancient past still stand in place all over the world, marking the importance of this particular day.

The world-wide celebration of Christmas has absorbed a broad mixture of customs that stem from many variations of ancient celebrations that had nothing to do with the birth of Jesus. The holiday is, in its roots, a celebration of the return of the Sun. In fact nearly all world religions are rooted in a pagan worship of the Sun.

The Christian celebration of the “birth of the son” did not happen by coincidence. The very story of Jesus, the God/man who died and was resurrected, is the story of our solar god that drops below the horizon and then, after three days of long nights, is resurrected for yet another season.

The same story is told about the other ancient god/men who became the origins of the other great world religions; Buddha, Horus, Mithra and Krishna. Indeed, if you examine the golden decorations adorning the rooms and hallways of the Vatican while television cameras pan the traditional Christmas events that occur there this season, take time to notice the many golden symbols of sun worship. They are everywhere, even in the garb worn by the Pope. The sun god has always been deeply ingrained in the Christian religion.

An informative writing by researcher Acharya S notes that the stories of the “god-man who is crucified and resurrected, who does miracles and his 12 disciples, is that these stories were based on the movements of the sun through the heavens, an astro-theological development that can be found throughout the planet because the sun and the 12 zodiac signs can be observed around the globe.

“In other words, Jesus Christ and all the others upon whom this character is predicated are personifications of the sun, and the Gospel fable is merely a rehash of a mythological formula revolving around the movements of the sun through the heavens.” Acharya wrote.
The births of the man/gods all occur at the time of the winter solstice, the shortest day of the year. After stopping for three days, the ancients saw that the sun began to move northward again. They saw it as a time of death and resurrection.

Here are a few other statistics from Acharya’s writings for you to consider. The sun’s (son’s) followers or disciples are the 12 months of the year and 12 signs of the zodiac or constellations through which the sun must pass. The sun at 12 noon is in the house of the temple of the Most High, thus “he” begins “his Father’s work” at age 12. The sun enters into each sign of the zodiac at 30 degrees; hence the “Sun of God” begins his ministry at the age of 30. Finally the sun is hung on a cross, or passes through the equinoxes, the vernal equinox occurring at Easter, at which time it is then resurrected.

If you are into numerology, you will know that the date of the Winter Solstice, December 21, is the number 12 backwards. December is the twelfth month of the year. We measure the hours of every day and night by 12 hours, each.

Numerologists add the numbers 2 plus 1 and get the number 3, which represents our existence in the Third Dimension.

The third Tarot card is the Empress, or the Mother, a clear representation of the Mother Earth from where all life springs. The 21 Tarot card is The World, representing an end to a cycle of life and a pause before beginning the next major cycle.
​
In esoteric significance, the number three is a powerful symbol. It represents multiplicity, creation and the three parts of our existence as body, soul and spirit. Three is always a complete cycle unto itself.  It is The Triad, or the number of the whole as it contains the beginning, a middle and an end.