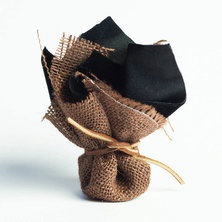 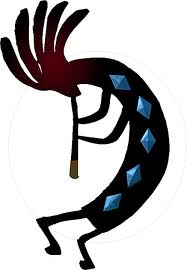 During our winter with Raymond and Elfrieda Begay on the Navajo Reservation, some strange events occurred that have yet to be told. One was an unexplained curse that befell the Begays and caused us all several hours of anxiety until we tracked it down.

It began one night when my wife and I were traveling with Elfrieda across one of the bumpy, dusty dirt roads leading from Greasewood to the Begay home in the wilds of Northeast Arizona. The headlights of my Chevrolet picked up the image of an animal crossing the road far ahead of us. Elfrieda excitedly demanded that I stop the car. She said it was a coyote that had crossed our path, which she believed was a foreboding message that something very bad was about to happen to someone in the car.

The Navajo people are very superstitious about things like that. And the vision of a coyote is among the worst things that can happen to them. Elfrieda wanted us to turn around and take another route, I would not have it. We had been traveling a long distance that day, we were almost home, the roads were pocked and unkempt, and a change of route would mean hours of more driving to find another way to our destination.

After sitting there debating what we should do for a few minutes, Elfrieda rummaged around in her purse, hoping to find a bit of cedar with which to magically clear the way for us to pass. She said she had no cedar. She said the only other option would be to remain parked there until another car came along and the driver took the curse instead of us. In my mind I thought that was a ridiculous belief, since I was sure coyotes were crossing Navajo roadways all of the time and that anybody that traveled would soon catch a coyote curse if this was true. But I kept my mouth shut. We wanted to respect the local belief system.

We parked for perhaps an hour and no car appeared. Then Elfrieda said she had another solution. She said I could drive ahead and that we would have Raymond, a practicing medicine man, conduct a cleansing ritual after we got home, so the curse would be lifted. This is what we did. When we reached the house, Raymond got out his dried cedar, started it burning, and said prayers while using his eagle feather to whisk the cedar smoke over our bodies. Then all was well and we were free to retire for the night.

The next day we drove into Winslow where the Begays had some business to attend to, and we decided to wash our clothes at a local laundromat. While there, Elfrieda went off with the pickup on a personal errand. When she returned she was very upset. She announced that another coyote had crossed her path. She was sure by now that she was, in some way, being cursed. We finished our laundry and drove back to the house where Raymond conducted another cleansing ritual. Then the Begays drove off to see another medicine man who apparently knew about curses. I think he lived on the nearby Hopi Reservation.

When they came back, they announced that someone had put two hexes on the property. One of them was located somewhere in the Begay's pickup. The other was buried in front of one of the hogans located behind the house. We had to find them both and burn them in a ritual before the curse could be lifted. To ignore it might mean something serious, possibly even death. At least this was what the Navajo people believed and for all we knew in that strange magical world, they might have been right.

That particular day was a Saturday and our daughter, Jennifer, drove up from Phoenix where she was attending school to spend the weekend. Thus the four of us became involved in one of the strangest searches we have ever conducted. We literally tore the interior of that pickup apart. We removed the seat, raised the carpeting on the floor, and removed the dashboard. We took down the overhead light. Finding nothing, we began removing the hundreds of tiny screws that held the interior fabric in the cab. It was when Jennifer removed the upholstery behind the driver’s side of the cab that she found a wad of hair and paper that should not have been there. Raymond identified this as the hex.

He took this strange concoction to a place in the sand, conducted a little ritual, and then burned it. He announced that this half of the hex had been lifted, but now we had to find the second one. I was amazed at how anyone could send a hex that could be that well hidden inside that truck cab. If they had done it physically, it would have taken them hours of labor and with the dogs the Begays had in the yard, they could not have done it without being discovered.

The medicine man told them the second hex was in the dirt somewhere near the door to the Hogan. So it was there that we began digging. It did not take us long before we found this one too. It wasn’t buried very deep and it was located just to the left of the doorway, about a foot away from the building. This also was a wad of hair and paper. It was disposed of in the same way.

It took us most of the day to find and remove those strange little bundles of hair and paper. Personally I doubted that either one of them would have been any real danger to people who don’t believe in such things. But to the Begays, who live in a world of magic and superstition, the threat was not only real but dangerous. The danger was in the fact that they believed in its power. It works much like voodoo does among the people of Haiti and along the Gulf Coast.
​
There was rarely a dull moment when we lived with the Begays. This was just one of the many strange experiences we had on the reservation. We treasured every minute we were there.