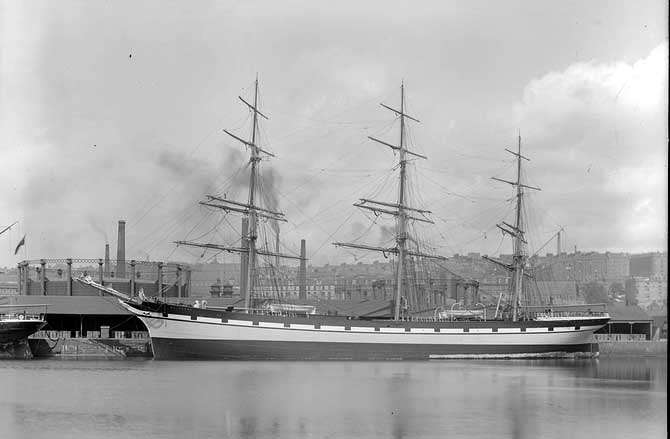 At 262 feet, the full-rigged sailing ship William D. Lawrence was a midget compared to the thousand-foot-long monsters dominating the waters of the world today. But when launched at Maitland, Nova Scotia in 1874, the vessel had the distinction of being one of the largest wooden hulled sailing ships ever built and certainly the largest ship of its kind ever built in Canada.

The builder, William D. Lawrence, was the owner and operator of a modest Canadian shipping company. While it was a profitable operation in its day, skeptics wondered why Lawrence wanted to invest all of his wealth to build such a large ship. His answer was that a large ship would be more profitable than two smaller ones.

The truth of the matter, however, appeared to be that Lawrence simply wanted to go down in marine history for having done something unique. He personally took the ship on a maiden voyage around the world, and claimed the ship paid for it-self as a cargo carrier within three years.

The Lawrence was sold to Norwegian owners in 1884. It was given a new name; the Kommander Svend Foyn. The vessel was converted for operation as a barge after it stranded in the English Channel in 1891. The barge sank while in tow off Dakar, Africa, 20 years after it was launched.