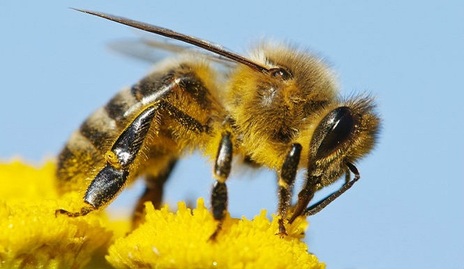 Beekeepers began noticing the disappearance of entire hives of bees in 2005. By the following year the phenomenon had spread across the United States and other parts of the world. By that year nearly one-third of all honey bee colonies in the U.S. had vanished.

Researchers worked overtime trying to solve the mystery they were calling Colony Collapse Disorder. Theories ranged from a new virus that attacks just bees, an invasive parasitic mite known to kill the bees and possible pesticide exposure. The U. S. Department of Agriculture spent something like $20 million in research trying to get to the bottom of this growing agricultural disaster. Without the natural pollination process by the honey bees, farmers were in line to lose billions in crop damage and eventually it was going to impact the world’s food supply.

If government researchers had just used their heads, or perhaps if the Department of Agriculture had simply looked at a major change going on in agricultural practices during that time, they might have saved the taxpayers a lot of money. Then, again, perhaps they knew but just wanted to spend the money and create a lot of jobs and cover the truth for as long as possible.

The culprit, as should be expected, has turned out to be Monsanto’s new GMO seed corn laced with insecticide-producing Mon 810 and Roundup herbicide. The toxic seed was being planted by farmers all over the United States and in any other country that would allow its use. The European nations are still fighting to keep Monsanto GMO seeds out of their land but the invasion has been occurring anyway.

It was a team of French researchers who got to the truth. A recent report in the American Chemical Society’s Environmental Science & Technology journal, titled Assessment of the Environmental Exposure of Honeybees to Particular matter Containing Neonicotinoid Insecticides Coming from Corn Coated Seeds," tells the whole story. The Monsanto corn and perhaps other GMO crops are killing the bees.

Entomologist Christian Krupke and Geneticist Greg Hunt noted that a toxic power or residue from the seed treatment is mixed in a talc base to keep the seeds moving freely through modern high-tech vacuum seed spreaders during planting. Some of this powder is released to settle on nearby flowering plants or in the soil.

The insecticides clothianidin, and its precursor, thiamethoxam, are found in U.S. soils up to 24 months after the treated seed is planted. These insecticides are currently banned across Europe but not in the United States.

For the bees, contact with these poisons brings on a terrible death. The insecticide used by Monsanto kills insects by paralyzing their nerves. The company argues that the product is safe because it has a lower toxicity for animals that feed on the corn. Perhaps the toxicity is lower, but the corn, soybeans and other GMO products are still toxic. The long range effect of these GMO products are only now being discovered in a variety of assaults on the bodies of both humans and animals.

The same study by a team led by Gilles-Eric Seralini, a molecular biologist at the University of Caen, noted that the data "clearly underlines adverse impacts on kidneys and liver, the dietary detoxifying organs as well as different levels of damages to heart, adrenal glands, spleen and haematopoietic system."
​
In March 2015, The World Health Organization (WHO) issued a warning that glyphosate, the main ingredient in Monsanto's RoundUp weed killers, can cause cancer in humans; potentially increasing the risk that farm workers and others exposed to the herbicide may develop Non-Hodgkin’s Lymphoma. Thus the herbicide also is attacking humans and very likely the bees.

Monsanto has skillfully trapped American farmers into having to return yearly to buy more of its toxic seed because the seeds also are hybrids. That means the seed from each year’s crop will not germinate for a new crop if farmers attempt the age-old practice of saving seed for the next year. Once the field is infected by the patented Monsanto brand seed, farmers risk litigation if they attempt to return to their old ways of doing things. The courts and the U.S. government has been kind to Monsanto, but not to the farmers caught in Monsanto’s entrapment.

As more and more GMO corn, soybeans and other food products flood the U.S. food market, concerned citizens are demanding to know what is in their food. The U. S. Food and Drug Administration has stubbornly refused to demand that the GMO data be included in food labeling. Voters in California voted down a right-to-know referendum in 2012 after opponents argued that the additional labeling would increase the cost of food. Another attempt is planned for this year. The opposition to the California issue by Monsanto has been fierce.

Even the Environmental Protection Agency has remained silent about Monsanto’s toxic seeds.

In the meantime, the bees continue to die throughout the North American continent. Steve Ellis, of the National Honey Bee Advisory Board, says beekeepers are at a "critical tipping point" beyond which honeybee colonies may be unable to replenish themselves.

Yes Mr. Sprat, the disappearance of the honey bees is a serious issue in the United States and some countries abroad where Monsanto GMO crops are being planted. This is a man-made problem and the solutions are being blocked by big corporate money moving into the pockets of the key figures in Washington.