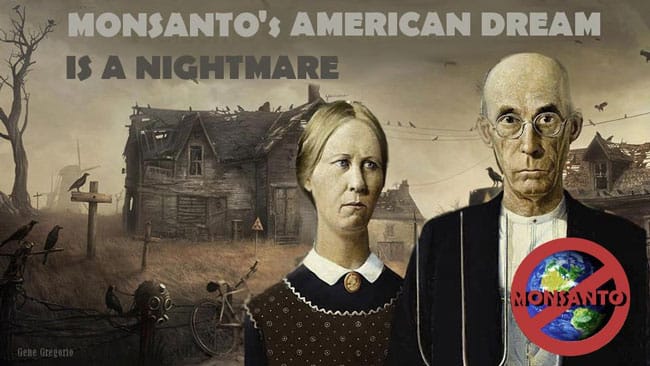 There appears to be a general conspiracy by big agriculture and big pharma to attack the health and welfare of the people. The rash of new "medicines" being promoted on our nightly television advertising blitz all have poisionous side effects making any benefits they might offer be offset by the serious "side-effects" they will likely cause.

The prepared food we buy now is lased with artificial sweeteners like aspertame, which attacks our brain cells, and high fruictose corn syrup that makes us fat.Our milk is laced with the artificial hormone rbST that forces cows to produce more milk. Our meat, from animals grown on industrial farms, are filled with antibiotics and other chemicals designed to make them grow faster than normal.

Imported baby food, cat and dog food, dry milk products and even chocolates from China have been found to containe melamine, a slow and insideous poison. Many of the medicines we buy from our pharmacies now are being manufactured in China. Some are nothing more than placebos made to look like the real thing.

Thanks to big seed monopolies like Monsanto Corporation, our vegetables and grains are genetically modified to contain pesticides, insecticides and even some pharmaceuticals. Our fruit, which is imported from miles away after being processed and stored for months has lost all of its natural vitamins and minerals, thus lacking much benefit for our bodies.

The water we drink from our taps is laced with the toxic gas fluoride, which attacks our bones, joints and turns our teeth black. Choosing alternative water sources, like bottled water bought at the grocery store, means drinking from plastic containers that leach poisonous chemicals from the plastic. And who knows the source of this bottled water?

Our homes and office places where we work are made of artificial wood, plywood, plastics, glues, carpeting and wall paneling all containing formaldehyde that leaches in a form of gas throughout the buildings, attacking our bodies in a number of ways.

Everywhere we look we find that our bodies are under attack by the artificial environment that we have created. The constant attacks on our bodies is directly related to how our brain development goes. Thus there appears to be a conscious or perhaps subconscious conspiracy to destroy human abilities to think and act clearly and make healthy choices.

The addition of the artificial sweetener aspartame into just about every form of processed food and even some of the medicines and vitamin and mineral supplements we buy in an attempt to fill the void created by bad agricultural practices is a direct attack on our brains.

This chemical, marketed as Nutra-sweet, has been found to be a dangerous excitotoxin that is highly addictive. It gives users a rush of dopamine that gives them a temporary "high" while it is killing brain cells. Many people appear to be addicted to the so-called diet drinks containing aspartame, even though the chemical gives the drink a strange, even repulsive flavor at first taste.

Most people are aware of the dangerous of monosodium glutamate (MSG), yet another excitotoxin that was used for years as a flavor enhancer in prepared foods. While this has been removed from many of our prepared foods, by public demand, it still is showing up in some foods.
​
Indeed, the quality of the food and medicine we are buying today, and the fact that most people have moved off the farm and are totally dependant on getting their food from public markets, appears to be an attack on our brains. It may help explain why so many people are behaving more like zombies instead of creative thinkers.