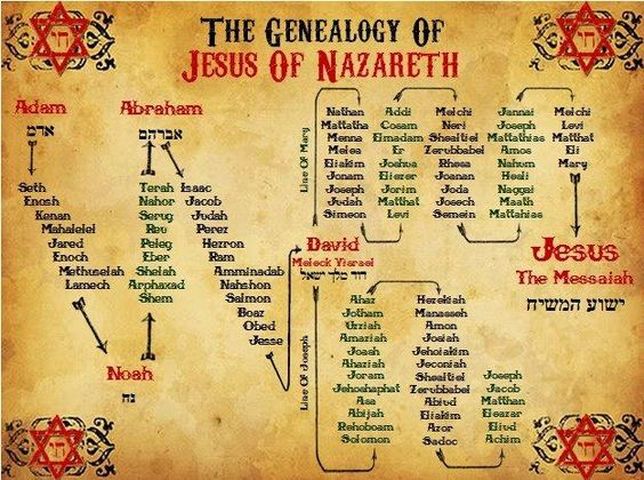 All Those Biblical “Begettings”

Both the Old and New Testament in the Bible include long stories detailing ancestry leading from Adam right down to Jesus. The reference to just who was the parent of who falls on the word “begot.” This is an old English word that means “to generate a child” or offspring. The historical reference usually always falls on the male parent.

Synonyms to the word are “spawn,” “sire” “breed,” and “father.” In other words, Adam fathered Cain, Abel and Seth.

As usual in Biblical text, the women, who bear, give birth to and usually take on the task of raising the child, are not considered important.

Probably because the Hebrew people were anxious to prove their heritage from the recorded origins of mankind, through the flood story and down through Abraham, Moses, David, Solomon and eventually Jesus, some of the stories include long passages that detail the linage of characters, many of them never mentioned again in the Bible stories.

Strangely, the old script writers appear to have spent a lot of time and research carefully recording all of these begettings, supposedly to link Jesus, the son of Joseph, to Abraham, the alleged seed of the entire nation of Israel. And if you follow the linage explained in the New Testament Book of Matthew, it details the fathers and children through 14 generations from Abraham to David, 14 from David to the exile to Babylon, and another 14 from the exile to Joseph, the father of Jesus.

According to the Bible story, and the Christmas story, Joseph was not the biological father of Jesus. He just escorted the pregnant Mary to Bethlehem where she gave birth to Jesus in a cow barn. It was supposed to have been a miraculous “virgin” conception, and God was supposed to have been the true father. Joseph had nothing to do with the conception. Or so we are told.

If this is true, then the begettings should be linking Mary to Abraham. But she was a woman, and to the Israelites of that day, women were not important. The writer of Matthew did not bother to follow her linage. But the Book of Luke does. Somewhere along the line, someone in the church reasoned that linking Jesus to Joseph wasn't biologically correct. This had to be fixed if people were going to believe the miracle story.

So from all of these long lists of begettings, we can trace the ancestry of Jesus. And why is his link from Joseph to Solomon important? Even if it isn’t by blood line it's because Joseph married Mary. Thus the link proves that Jesus was linked by marriage to royalty among the Hebrew people. He was considered a king even if he never wore anything finer than a crown of thorns.