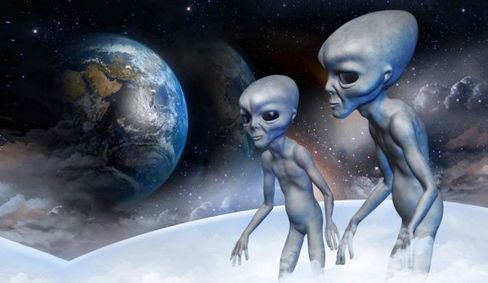 A researcher at the prestigious Howard Hughes Medical Institute said he found genetic evidence that the human brain evolved at an “extraordinary speed” when compared to the brains of other animals.

A paper, published in 2005 by Professor Bruce Lahn, a teacher of human genetics at the University of Chicago, inadvertently supports a theory that humans on Earth are genetically altered apes carrying DNA planted by possible alien intervention thousands of years ago.

Lahn does not suggest DNA manipulation, but he notes that “evolution has been working very hard to produce us humans. Our study offers the first genetic evidence that humans occupy a unique position in the tree of life,” he said in an interview with the UK Guardian.

The story said that Lahn’s research, published in the journal Cell, “suggests that humans evolved their cognitive abilities not owing to a few sporadic and accidental genetic mutations – as is the usual way with traits in living things – but rather from an enormous number of mutations in a short period of time.”

Evolutionary biologists argue that humans evolved in the same way as all other life on Earth. They say mutations in genes from one generation to the next occasionally produce new adaptations to a creature’s environment. In other words, those best adapted to the environment are more likely to survive and pass their genes to the next generation.

This can be seen as a “survival of the fittest” rule in nature. The stag with the larger body and best rack of horns wins the doe and together they become parents of a better and healthier breed of the species.

A problem with the human evolution theory has been the mere size of the brain at a certain point in the historical record. Usually animal’s brains grow in size as the animals get larger. But the humanoid brain suddenly became very large and his cognitive skills increased almost overnight.

In humans, Lahn reports, “the relative size of the brain does not fit the trend – our brains are disproportionately big, much bigger even than the brains of other non-human primates, including our closest relatives, chimpanzees.”

Lahn continues: “Human evolution is, in fact, a privileged process because it involves a large number of mutations in a large number of genes. To accomplish so much in so little evolutionary time – a few tens of millions of years – requires a selective process that is perhaps categorically different from the typical processes of acquiring new biological traits.”

So how does the professor think such an amazing “accident” could have happened?

His best suggestion is that the development of human society may be the reason. He says an increasingly social environment demanded greater cognitive abilities from the participating primates, thus forcing quick adaptations of the brain.

Could it be possible, however, that Lahn got it backwards? It seems that larger and more developed brains would quickly bring about improved cognitive skills that resulted in more sophisticated social behavior among the primates.

Something in our distant past caused humanoids to develop very large brains. It is said, however, that humans have failed to learn how to utilize all of these magnificent brains. Has something blocked us from turning on the full brain? Dare we suggest that the culprit may be ancient religious belief systems that we refuse to shake off?