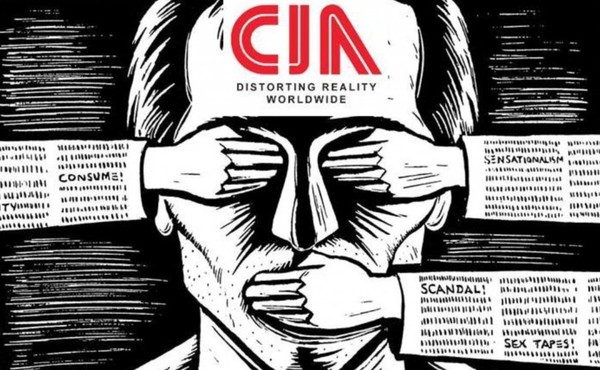 Historians should find it odd that the U.S. Legislators would create the nation’s most powerful and provocative spy agency in 1947, long after the Second World War was over.
But it is true, the National Security Act of 1947 established the Central Intelligence Agency. It was always intended to be a top secret organization, designed to gather, process and analyze information of national interest from outside the boundaries of the United States.

When President Harry S. Truman signed the new act into law he probably never dreamed just how far-reaching and convoluted this new agency was going to become. Then in 1949, with passage of the Central Intelligence Agency Act, the CIA was given its full potential. That act, identified as Public Law 110, allows the CIA to use confidential, fiscal and administrative procedures, exempted from usual government limitations. In other words, its agents were given the authority to operate “above the law” in covert and black budget operations wherever the President or his military agents sent them.

The CIA has been designed to be somewhat of a mirror image of the Federal Bureau of Investigation (FBI). While the FBI operates under cover within the boundaries of the United States, the CIA works almost completely outside the country. They both are key components of the U.S. Intelligence Community and report to the Director of National Intelligence.

One would think that the existence of the CIA would be a good thing for the nation. But there has been a strange hitch. It seems that whenever bad covert things are exposed and government hearings are held, somehow the CIA is found to have been involved.

Perhaps the most infamous case involved Oliver North and the Iran-Contra affair in the late 1980’s. The scandal involved the illegal sale of weapons to Iran to finance a Contra Resistance against the Marxist Sandinista government of Nicaragua. In the midst of that bombshell, investigative reporter Gary Stephen Webb released his “Dark Alliance” series in the San Jose Mercury News that implicated the Contras and possibly the CIA in the trafficking of cocaine into the United States to support the struggle.

While the CIA went out of its way to deny and dispel the story, the drug link seemed to have legs. Other witnesses came out of the woodwork to support the allegations. As the CIA became involved in clandestine operations in Afghanistan, Colombia, Southeast Asia and Burma, conspiracy theories of crack trafficking continued to follow the agency.
It should be noted that after his controversial series appeared, Webb officially committed “suicide” by shooting himself twice in the back of his head.

Indeed, the CIA appears to have been involved in international troublemaking since the day it came into existence. A BBC documentary "Operation Gladio," aired in 1992, portrayed a far-right secret army, operated by the CIA and M16 through NATO, that left hundreds of Europeans dead and blamed the deaths on Baader Meinhof, the Red Brigades and other left wing organizations.The documentary claimed that Gladio killings in Belgium and Italy were designed to scare national political groups in Europe to adopt U.S. policies.

Published reports have linked CIA operatives with a successful coup against the Guatemalan government of Jacobo Arbenz in 1954, the revolution that toppled Libyan dictator Muammar el-Qaddafi from power in 2011, and the unsuccessful Bay of Pigs attempted invasion of Cuba in 1961.

Some of the known CIA projects over the years included:

--Operation Mockingbird in which working journalists were employed by the CIA to slant news stories to favor U.S. government positions and convince the public about the evils of Communism and cover up troublesome CIA activities like the Guatemalan coup and events in Libya. When exposed by the Church Committee in 1976, then CIA Director George H. W. Bush announced that the agency would be banned from hiring journalists for any further activities. The media coverups, however, appear to be more blatant today than ever.

--Operation Ajax: A military coup planned by American and British intelligence in Iran that brought Mohammad Reza Shah Pahlavi back into power in 1953. The elected leader, Mohammed Mossadegh, was forced out because of his plan to nationalize the oil industry. The Shah was overthrown again in the 1957 revolution.

--When anti-communist rebels were attempting to overthrow a Communist government in Afghanistan in 1978, and the Soviet Union invaded, the CIA established the Mujahideen, trained the rebels and supplied advanced weaponry. The rebels, which evolved into Al-Qaeda and other radical groups, had among their leaders Osama bin Laden.

These are among the known operations involving the CIA. All have included a questionable dark side that appears to intensify the U.S. image of being a world bully. Our agents move in and overthrow governments that refuse to follow the dictates of U.S. corporate and political powers, even to the point of slanting the news to sway public opinion.

How could this have happened?

Researcher Frank O'Collins on his website One-Evil, claims that the CIA has been the creation of the Jesuits. He writes that General William J. Donovan, a U.S. intelligence officer and head of the Office of Strategic Services during World War II, was the instigator behind the creation of the CIA.

O'Collins published the following: Public Law 110, passed in 1949, permitted the CIA to use "confidential, fiscal and administrative procedures, and exempting it from most of the usual limitations on the use of federal funds so that the CIA became an effective Vatican type organization at the center of U.S. Government, 'above the law.'"

O'Collins wrote: "contrary to the official reasons for the formation of the CIA, the CIA as formed by its founders were (1.) to help protect the Catholic Church from any implied involvement in World War II and to seek out and protect any and all Nazi and right wing supporters from prosecution and arrest; (2.) to assist with the covert relocation of Nazi war criminals; (3.) To protect the illegal business of the Catholic Church from being interrupted including the global arms trade, the global drug trade, the Mafia and slavery, (4.) To maintain the Jesuit traditions of political assassination and destabilization in any emerging democracies, particularly Catholic nations."
​
He concluded that "since its inception, the CIA has consistently been the most treacherous, un-American organization in the history of the United States and remains untouchable from its central control of the drug trade, arms and use of assassination and intimidation."