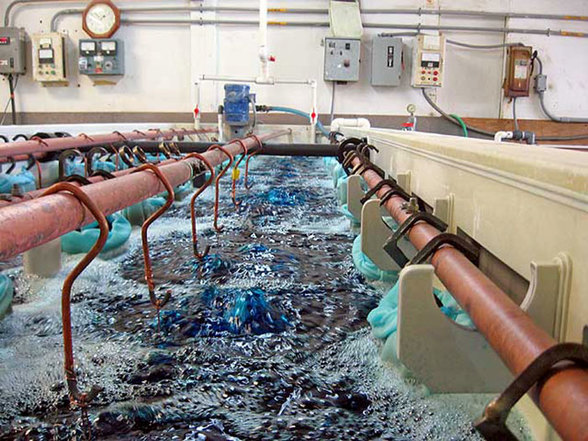 Beware the Chromium in Our Drinking Water

Of all the toxins now mixing with the food we eat, the air we breathe and the things we drink, chromium has not been given a high priority in our list of concerns. But a new report by a nonprofit research team, Environmental Working Group (EWG), warns that it should be.

The EWG study has found that an estimated 200 million Americans in all 50 states are exposed to unsafe levels of chromium-6, a heavy metal known to cause cancer and other physical problems. And the stuff is turning up in our drinking water.

Co-authors of the report, Dr. David Andrews and Bill Walker, say an analysis of the Environmental Protection Agencies data collected in the first nationwide test for chromium-6 contamination in the nation’s drinking water, shows that thousands of Americans are at risk from contamination.

“More than two-thirds of Americans’ drinking water supply has more chromium than the level California scientists say is safe – a number that’s been confirmed by scientists in both New Jersey and North Carolina,” Walker said. “Despite this widespread contamination, the US currently has no national drinking water standard for chromium-6.”

The two researchers said they prepared their report to highlight “how our regulatory system is broken – in its ability to incorporate new science, and its ability to publish and update drinking water standards,” Andrews said.

There appears to have been a lot of corporate and political pressure behind the inability of the EPA to maintain new and desperately needed drinking water standards. For example California researchers recommended a public health level of 0.02 parts per billion in the state’s drinking water. Aggressive lobbying by industry and water utilities, however, led state legislators in 2014 to adopt a legal safe limit of 10 parts per billion. That is 500 times more than the acceptable limit recognized by science.

The California Office of Health Hazard Assessment has found that ingestion of very small amounts of chromium-6 can cause cancer. The EWG report noted that The Agency for Toxic Substances and Disease Registry found that long term oral exposure to high levels of chromium-6 compounds brought on gastrointestinal system cancers.
​
Workers directly involved in chrome plating and chromate pigment production have also been subject to lung cancer. Other health problems include skin irritation, allergic contact dermatitis, occupational asthma, nasal irritation and ulceration, rhinitis, nosebleeds, nasal and sinus cancer, eye irritation, kidney and liver damage, edema and even discoloration of the teeth.

So where does all of this chromium-6 come from and how does it get into our drinking water? While we all love the fine chrome finish on our cars, our kitchen appliances and other metallic things we buy, this is only a minor source of this toxic substance. Believe it or not, the biggest source comes from the burning of coal. It is coming from our coal burning electric power plants and ironically a scrubbing process many of these plants using to reduce carbon dioxide emissions.

In addition to chrome plating chromium-6 is used as an alloy in stainless steel, in anti-corrosion paints and a preservative in the treatment of structural timber. It is a by-product of welding. The stuff is even used in the dyes that color the clothes we wear.

Chromium-6 is somehow linked to just about everything we use and love about our modern contemporary world. But until now few of us realized how deadly it can be when we get too close.