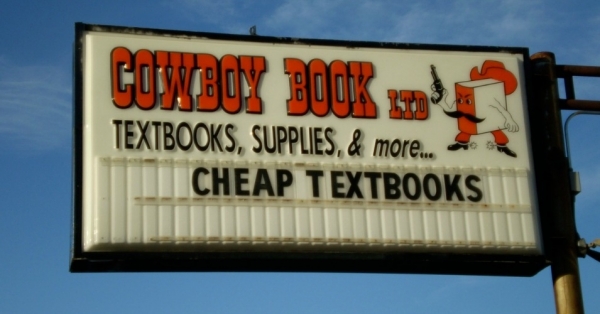 Do We Really Know What Happened In The Past?

The controversy going on in Texas involving the twisted adulterating of school textbooks by extreme right-wing conservative and Christian thinking members of the State Board of Education is a shining example of the distortion of world history.

School and college textbooks, many of which are published in Texas, are laced with the political propaganda generated by the boards of directors that control the information that goes into the books used to instruct our children.

Among the best examples of misinformation pumped into the heads of our school children over the years has been the stories of Columbus and his discovery of America, the American-Indian wars, the first Thanksgiving feast at Plymouth Rock, the American Revolution, George Washington’s cherry tree myth, Abraham Lincoln freed the slaves, Harvey Oswald was the lone gunman involved in the Kennedy Assassination. Then we teach the false stories that the German sinking of the Lusitania, the Japanese attack on Pearl Harbor and the 9-11 attacks all took America by surprise and led us into wars, and Saddam Hussein had to be removed from power because he was harboring weapons of mass destruction.

The latest atrocity has been a decision by a Texas textbook publishing company to declare that the Founding Fathers of the United States based the Constitution on the Bible, and that the American system of democracy was inspired by Moses. Most Americans today should know without question that this information is incorrect and misleading.

As a writer with a keen interest in history I have found in my research that all of these stories have been fabricated and brush-stroked to glorify the United States as a nation as well as the elected leadership in power at the time these events occurred. As a student of world history in college, I have been aware that the same kind of distortions of recorded information has been occurring for centuries. It is thus logical to assume that the farther back into the past we look, the more distorted and incorrect the stories become.

For example, after great conflicts, the victorious kings and rulers usually always took it upon themselves to paint themselves as the "good guys" and the losers the evil villains. Often the records of the losing tribe or nationality were sponged as if they never existed. And we all know that tribes, nations and religious driven forces have been warring for as long as there has been documented historical record.

A good example of this is the way the American media has glossed over the war crimes committed by President George W. Bush and Vice President Dick Cheney, and the unprovoked U.S. invasion of Iraq in 2003. This kind of historical falsification is going on right before our eyes.

Powerful religious beliefs among the rulers at various moments in the past have played a major role in the distortion of facts. The Roman Catholic priests that accompanied Don Hernando Cortes and the Spanish conquistadors in the invasion of both the Aztec and Mayan nations of Central and South America succeeded in collecting and burning great libraries of written information that existed there. The priests considered these people evil spawns of Satan and had no interest in learning of their culture. Consequently all that we know of them has been learned from the few surviving manuscripts, the carved information on temple walls, and from archaeological research.

Some say the Roman Emperor Julius Caesar burned the Great Library of Alexandria, Egypt in 48 BC. Others say the church was involved in that great misdeed. Whatever the truth, this library contained a collection of all of the known manuscripts, parchments and scrolls gathered by the best scholars from all over the known world. That library and the great university established there was considered a major center of scholarship for over 300 years. All of this wonderful information was lost to the world forever because of a strong religious doctrine that declared Christianity the only true religion. All writings by great men of other parts of the world were considered blasphemy against God.

There are many surviving documents by ancient historians depicting world history from the perspective of the Greeks, the Romans, the Egyptians, Hebrews and even the Mesopotamians if we consider the clay tablets that contained The Epic of Gilgamesh an historical story. Were Homer’s great songs, the Iliad and the Odyssey works of national pride or based on historical fact? The farther back we reach, the foggier the information becomes.

Then there are the myths that reach back into ancient Greece that include the strange stories of the lost continents of Atlantis and Mu. Did they exist?

Archaeological discoveries have turned up evidence of great structures lying deep under the seas of the world. We have found other stone monuments, too massive for mere mortals to have constructed even with modern power tools. And then there have been the strange discoveries of things deep in the rock under our feet that should not be there . . . manufactured jewelry, iron nails, and a spark plug discovered in a California coal mine.
Maintaining the true historical record of who we are, where we have been, and the motives for what we have done to one another in the past is probably one of the most important things we should have been doing. The old adage: those that forget the past are bound to repeat it, appears to ring true. Yet we have been careless about keeping these important records. It was more important for those in power to rewrite history for their own personal glory than it was to preserve the truth.

Because of current financial troubles, the money for running our schools has been reduced. And among the first classes to be cut from the high school curriculums has been history. What are they thinking?
​
Our failure to preserve and cherish the true historical record may be why humans have failed to evolve from the proud, plundering war-like animals we have always been. Until we learn better, we dare not consider ourselves truly civilized.