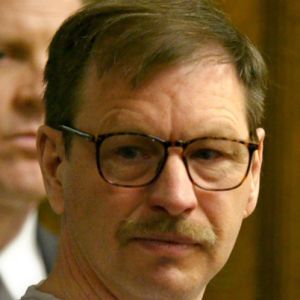 Among America’s most prolific serial killers was Gary Leon Ridgway. He was convicted of committing 48 murders of young girls and prostitutes in the State of Washington during the 1980’s and 1990’s. He later confessed to as many as 71 killings and told authorities he had stopped counting after a while.

The media dubbed Ridgway the Green River Killer because many of the first victims linked to what police realized a serial killer was found in a wooded area along the Green River in Kent County, south of Seattle.

Although Ridgway was apprehended on charges linked to solicitation of prostitutes, charged with stabbing a boy in his youth, and even passed an FBI polygraph test when considered a suspect in the Green River killings in 1983, it was not until November 30, 2001 when the advancement of forensic research helped solve the case. Police used DNA evidence from semen found on the victims to link Ridgway to the murder of four women some 20 years after the investigation began.

After his arrest three more victims were added to the original indictment after forensic researchers identified paint spheres from a specific brand and composition of paint used in the Kenworth truck factory where Ridgway worked. His job was spray-painting trucks.

Authorities convinced Ridgway through a plea-bargain to forego the death sentence in exchange for his help in finding and identifying the bodies of all of his victims. It was during this time that the entire sordid story of Ridgway sick mind was revealed.

He confessed to not only picking up young runaways and prostitutes for sex, but he strangled them and left their bodies in secluded areas, sometimes returning to the corpses later to have sex with their decaying bodies.

Most of the victims were found along the Green River but some were also found near Portland, Oregon. He said he put the bodies there to “confuse police.” He also left false clues near the bodies in Washington State also to keep the police off his scent.

At the time of the killings Ridgway was married to his third wife. He was divorced from his first two wives. It seems that he had uncontrollable sexual urges, often demanding sex with his wives several times daily. It was when he was away from home that he solicited prostitutes and picked up stray girls hiking along the highway.

Sometime during his crazed killing spree Ridgway found Jesus. He began attending church, reading and quoting the Bible, proselytizing door-to-door, and would burst out in tears while listening to sermons or reading scripture. His newfound religion failed to stop the killings, however.

He told authorities he targeted prostitutes because he hated them. Toward the end he said he began burying the bodies of his victims in an attempt to stop himself from committing necrophilia.

He was obviously a tormented man.

Research into Ridgway’s youth might help explain what launched him on his killing spree.

The record notes that Ridgway had a lower than average intelligence and was a poor student. He wet the bed until about the age of 14. As punishment, his mother, who was domineering, would march him naked into the bathroom and would personally bathe him. The boy developed both sexual and violent fantasies about his mother.

When he was 16 Ridgway led a six-year-old boy into a woods where he stabbed him. The child survived the attack.

Ridgway joined the Navy after high school and served aboard a supply ship during the Vietnam War. During his time in the service he frequented prostitutes and contracted gonorrhea.

His first wife, Claudia, married him just before Ridgway entered the military. Before he came home, because of his extramarital affairs, the marriage was over. He turned to religion while married to his second wife, Marcia. He was married to his third wife, Judith, at the time of his arrest.

On September 18, 2003 King County Superior Court Judge Richard Jones sentenced Ridgway to 48 life sentences with no possibility of parole and one additional life sentence to be served consecutively. He also was sentenced to another 10 years for tampering with evidence for all of the 48 victims, thus adding 480 years to his 48 life sentences.
​
He is currently in solitary confinement in High Security Federal Prison in Florence, Colorado.