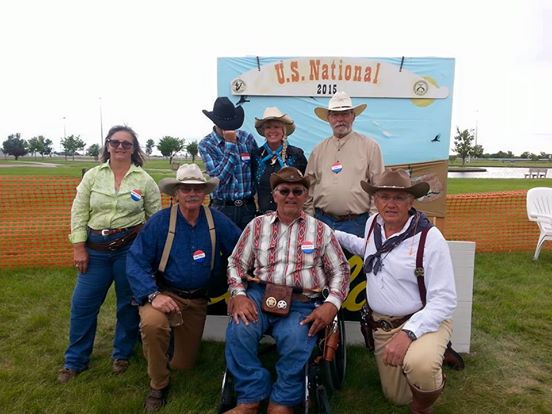 Living Amid The Arizona Gun Culture

After my wife and I moved in 1995 from Michigan to live for a few years in Arizona we were shocked to find men walking around with holstered guns openly strapped on their hips. After living in a gun restricted state like Michigan, it seemed as if we had stepped right into a wild western movie. Only this was real. People in Arizona really liked their guns.

I took a job for a while at the White Mountain Independent, a newspaper published in Show Low, where I worked with some interesting characters. One of the reporters that befriended me packed a 45-calibur revolver. I remember one day, after he had been in some kind of confrontation, he laid his revolver on his desk. The publisher drew the line on that and asked him to put it back in his vehicle.

On another occasion, while waiting in line at a cash register, the lady cashier and the man in the line ahead of me, took time to compare their guns. They were both packing and expressed personal pride in the hardware they were carrying.

We could go to gun shows and flea markets where guns of every description were being sold. I even saw an AK-47 on a flea market table. It was the first and only time I ever got to see one up close. I couldn’t believe this and some other dangerous looking semi-automatic and possibly automatic weaponry was available to buy so easily. Extra long gun clips of every size were readily available if you had the cash.

In spite of all of the guns being openly carried by Arizonians, we were amazed how the citizens of that state managed to control themselves when it came to using those weapons. I remember waiting in a car dealership while getting my vehicle serviced, and observed a heated dispute between a disgruntled customer and the garage manager. The customer, who was packing a gun, was so angry his face was read and he had spittle flying from his mouth. It was that serious an argument. I watched in fear that he would pull out his gun and shoot that manager. That was how angry he appeared to be. But the man never put his hand on the weapon.

Militia groups were in existence all over Arizona in those days. The reporter brandishing the 45 in our office was an active member of one of the groups and the invitation was opened for me to join if I was interested. I declined.

In spite of what you might think, while working at the Independent, we found statistics that showed fewer gun deaths per capita in Phoenix, where guns were carried, than occurred in Detroit that year. We theorized that when would-be thieves or assailants know that everybody else may be armed, they are inclined to behave themselves.

While the formula may work among the sane people, it fails in the cases of the many people now being accused of shooting into a crowds throughout the nation. And in this we find the fallacy in allowing the freedom for everyone to carry guns on their hips. All it takes is for one or two disturbed persons to go out of control.

During the winter that we lived on the Navajo Reservation, and had to make a 60-mile-long trip to town once a week for mail and groceries, I admit that I felt inclined to start carrying a weapon in the car with me. After we lingered too long and did not start back to the house until after dark one evening, my wife and I were harassed by a strange vehicle that attempted to force us to stop. We learned that a vehicle like that was involved in various hold-ups on the roads after hours. I bought a Glock 50 caliber handgun and started carrying it with me to town. It was legal for me to do so in Arizona as long as the weapon was clearly visible, so I had it lying on the front seat right next to me. Fortunately, we never came home late like that again, and I never ever had to use that weapon.

We found that the Navajo were really into their guns. They all drove pickup trucks with rifles mounted over the rear windows. They used their rifles to kill coyotes seen on the road. They also liked to kill owls. I never understood their fear of owls.

It was great sport among the Navajo to hold target competition with their rifles when they got together. The reservation was wide open range so it was possible to shoot in every direction without fear of a bullet accidentally hitting someone. During our stay I was tempted to acquire two rifles and join in the competition. I found that my eye as a marksman was still very keen.

I have not been a stranger to guns, even though I don’t like them. When I was in college it was mandatory that all men attend ROTC classes during freshman and sophomore years. I was trained in handling not only the standard MI rifle but was taught how to handle, break down and clean other military weapons including machine guns. I signed up for a class in rifle marksmanship and discovered that I was very good at it.
​
When we moved back to Michigan my guns were sold. Looking back at our time in Arizona, it was as if we were living in another world. We did not like the politics of the state. It was a harsh area, jobs were hard to find and those who were working generally earned very low wages. Nearly everyone carried guns. Yet there was something spiritual about the people and the places we visited. My wife and I both loved that area and often spoke of returning some day.