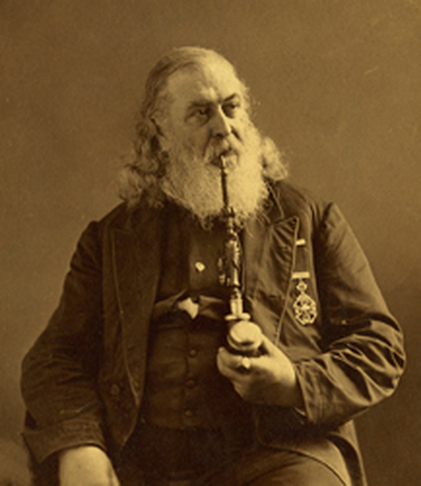 Most Americans don’t know the name Albert Pike. Yet this Nineteenth Century prodigy, who lived from 1809 to 1891, has probably had more of an impact on our contemporary way of life than anyone who has ever lived.

Pike was a general in the Confederate army during the American Civil War. He was a lawyer, writer, newspaper publisher, member of the Scottish rite of the Freemasons, founder of the Ku Klux Klan and a follower of the occult Luciferian Cabbalism believed linked to the Rothschild-controlled European banking system that some say is known as the Illuminati.

It may be of interest to know that Pike is the only Southern officer of the Civil War to have his statute placed in Washington, D.C.

If the story is true, it was for the Rothschild bankers, who allegedly control most of the world’s wealth, that Pike made his most important mark on human affairs. Between 1859 and 1871 it was said that he worked out the details of a military blue-print for three world wars to occur during the Twentieth Century. This story is disputed by some historians who have called it a hoax.

The purpose of the three war blueprint, Pike allegedly believed, would be to steer the world into a state of a one world government.

The first two phases of the Pike blueprint, World Wars I and II, occurred exactly as they appear in the blueprint. The world now is involved in Phase three of the Pike plan, which is distinctly outlined in a letter he wrote on August 15, 1871 to Giusseppe Mazzini, a 33rd degree Mason, founder of the Mafia, and at that time the head of the Illuminati in Europe.
The Illuminati was first formed in 1776 as the Order of Perfectibilists by Adam Weishaupt. The name was later changed to Illuminati. The organization is a secret society whose name means “Enlightened Ones.” It was said the primary purpose of this organization has been to abolish Christianity and overturn all civil government.

As secrets of the Illuminati began to leak out, the order came under severe persecution in Europe. Consequently the order reportedly “disbanded” but in truth, some believe it secretly went underground. They say it hides today in the heart of Freemasonry. Most Masons are totally unaware of its existence because only the highest ranking members are ever allowed to know this secret.

It was during this transition period that Pike was reportedly invited by Massini to head an American order of the Illuminiti and write a ritual tome designed to allow the Illuminati to hide within the Masonic Order and continue to carry out its clandestine plan. Pike was fascinated by the idea of a secret society within a secret society.

As the story is told, Pike also was fascinated with the idea of steering world affairs into a one world government without the influence of the Christian church. He took on the task with relish. He claimed his “spirit guide” helped him write his master plan.

The key components of Pike's alleged letter are contained in the following extracts:

"The First World War must be brought about in order to permit the Illuminati to overthrow the power of the Czars in Russia and of making that country a fortress of atheistic Communism. The divergencies caused by the (agents) of the Illuminati between the British and German Empires will be used to foment this war. At the end of the war, Communism will be built and used in order to destroy the other governments and in order to weaken the religions."

Indeed, Karl Marx and Friedrich Engels published The Communist Manifesto in 1844, and there already was an active Communist movement occurring in Russia in 1871, when Pike wrote his letter.

Mazzini died in 1872, and Pike appointed Adriano Lemmi, a 33rd degree Mason and an Italian banker to replace him as the European head of the Illuminati. Lemmi may also have been active in Pike's Luciferian Society. Lemmi later was succeeded by Lenin and Trotsky, and then by Stalin. The revolutionary actions by all of them were reportedly financed by the European bankers dominated by the House of Rothschild.

Part two of the Pike blueprint was the Second World War, which Pike envisioned being stirred by "the differences between the Fascists and the political Zionists." The purpose of this was was to "institute a sovereign state of Israel in Palestine" and bring about the destruction of Nazism. Also the war would allow a spread of Communism so the concept would be strong enough to balance Christianity and keep the Vatican in check until it is time for the third part of the plan to be launched.

Pike said the final world war would be caused by the differences between the Islamic people and the political Zionists. The plan is for both the Moslim Arabic people and the State of Israel to mutually destroy each other, and to draw the other nations of the world into a conflict so massive they are forced into bankruptcy.
​
The ultimate outcome of the world chaos that is the result of the final world war is to be a unification of nations and the creation of a one world government. With it will occur a new spiritual system that will be what Pike called "the universal manifestation of the pure doctrine of Lucifer." He believed the old religious systems and atheism would be left in the ruins of the old order.

Is this a positive or negative vision of the future? The name Luciferianism will probably seem frightening to most people after years of indoctrination by the various religious systems. Lucifer has been depicted as a fallen angel who came to Earth and instituted thousands of years of wickedness under the name Satan. But the Luciferians envision Lucifer as the light bearer, and consequently the outcome of this order would be truth and light for all mankind.

At least that is how Pike and his many followers have seen it.

The Pike "three world wars" plan has been around for years. What is unknown about it is whether the story is true. Strangely all three phases of the plan appear to have fallen into place exactly as they were drafted. Was it prophecy or a real plan cleverly carried out by secret agents within the Illuminati?

Phase three is currently being played out, and many world leaders are working hard to prevent a third world conflict. Others . . . especially the Christians and Moslims . . . appear to want to bring it on because they seem to believe the ancient books that predict that such a war will bring the long awaited return of a savior to make things right.
​
They appear to think; and they may be correct, that mankind is too unglued to fix things without divine help.