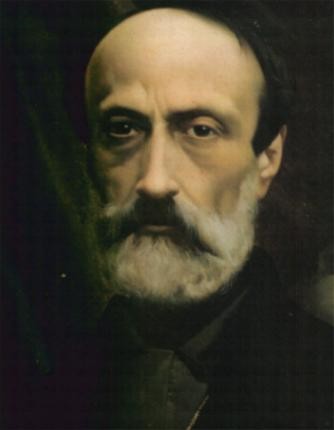 The son of a university professor, Guiseppi Mazzini was a genius who entered university study at the age of 14 and graduated with a law degree. He worked as a poor man's lawyer but at the same time pursued a career in journalism and took an interest in politics.

The link with Adam Weishaupt was a simple one. Mazzini's father was a member of Weishaupt's Illuminati and was active in the organization's movement that led to the French Revolution. The revolutionary government was unsuccessful, however, which brought about the rise of Napoleon's dictatorship.

Remember that the Illuminati was a secret society known as "the enlightened ones" who were out to abolish Christianity and overturn the royal crowns that dominated the people throughout Europe.

Consequently, Mazzini was no stranger to secret societies, and he had a magnetic personality that drew people to him. Thus he found it easy to generate secret groups willing to work with him to establish a formal government in his native Italy.

In his day, Italy was struggling with a broken government under the control of the Vatican following the fall of Napoleon's French Empire. Mazzini's dream was to bring about a republic in Italy. This turned into a lifelong effort that was blocked at almost every turn by the powerful Roman Catholic Church.

In 1827 Mazzini joined a secret organization called the Carbonari, which was working for Italian independence. The organization was found out and Mazzini spent six months in jail. After this he moved to Marseilles, France, where he lived in exile.
​
It was from here that Mazzini wrote a stream of articles, arguing for a Republic of Italian states. He also formed a new political society known as "La giovine Italia" which meant Young Italy. He also envisioned a secret dream of someday seeing a United Europe, with all European nations joining in a "United States of Europe" much as had happened in North America.

The Young Italy organization took on an almost impossible goal of overpowering the monarchy and the Pope. To do this, the group not only went into the shadows, but it began supporting itself by robbing banks, forcing business places to pay ransom money, and even resorting to kidnappings. Thus evolved the Costa Nostra; better known as the MAFIA. The name was an acronym for Mazzini Autorizza Furti, Incendi e Attentati. Translated into English: "Mazzini Authorizes Theft, Arson and Kidnapping."

Mazzini also rose to the level of a Thirty-Third Degree Mason and became the founder of the Scottish Rite of Freemasonry in Italy. Thus many believe there was an Illuminati branch of Freemasonry established. In addition to this, there appears to be a link between Mazzini and the creation of a Luciferian movement, which was basically a secret rebellion against the Roman Catholic Church.

Books of been written by researchers who have attempted to link the complex life of Mazzini with the founding of the Italian Freemasons, the MAFIA and the Luciferians. One writer suggested: "The Scottish Rite has 33 degrees. Most individuals only advance through the first threee levels and are ignorant of the true goals of the Scottish Rite, and the Luciferians that govern at the top."

It was at this point in Mazzini's life that General Pike became involved with him. That amazing part of this story is yet to come.
​
Although he considered his work as a failure, Mazzini has gone down in history as an Italian hero, a man instrumental in bringing about the formal government that functions there today.