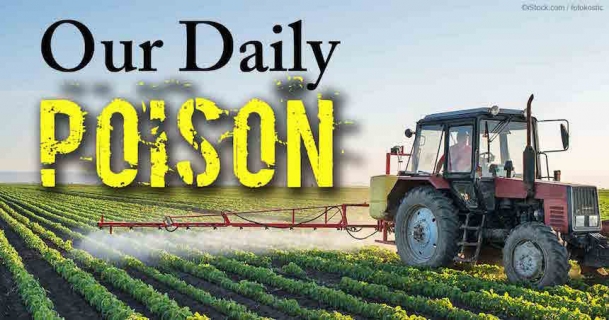 Poisoning Our Food And Water

A recent article by Mike Adams, editor of Natural News, puts it all in perspective. He wrote: "As human beings, we’re the only species stupid enough to actually poison ourselves . . . we create a wide variety of chemical toxins that go into the ecosystem through rivers and streams, the air, the soil. Not only that, we actually synthesize toxic chemicals and then inject them directly into the food supply – knowing full well that they are poisonous and are major contributors to the epidemic rates of chronic disease we are experiencing today."
​
The list of toxins that we blindly expose ourselves to every day is getting so long it will be almost impossible to include them all in this report. It appears that we began this insane slide when we developed atomic weapons and produced fluoride as a waste product. Someone got the idea in the 1950's that fluoride prevented tooth decay and cities were sold on the idea of dumping the stuff in the public water supply. Fluoride is not only a dangerous toxic, it damages teeth, bones and the pineal gland, it lowers the immune system, causes joints pain, is linked to kidney stones and kidney failure, lowers sexual drive, causes brain damage and affects blood circulation. So why don’t we stop dumping fluoride in our public water systems? We not only continue to poison public water, you can actually buy fluoridated water in bottles at the local grocery stores. It is difficult to find a brand of toothpaste that does not contain fluoride.

The advent of genetically modified seeds for the farming industry has been yet another way that poisons have crept into our food supply. Big suppliers of GM seeds like Monsanto have cornered the market on agricultural seed production. These seeds are laced with Glyphosate, the main chemical ingredient in the weed-killer Roundup. Dr. Don M. Huber, soil scientist at Purdue University has linked Glyphosate with cancer of the liver, thyroid, kidneys and skin melanomas. He suspects the chemical may be linked to the increase in Alzheimer’s and Parkinson’s disease cases.

Then there has been the food additive monosodium glutamate (MSG) and the artificial sweetener aspartame, two addictive substances found in most of the processed foods we buy on the market. It is especially found in soft drinks, prepared spaghetti sauces and even our prescribed medicines. Both of these products are found to be what some opponents call "excitotoxins" because they excite brain cells, make us feel good for a brief period, but are destroying brain cells in the process. Oh, yes, they are highly addictive, we might add. Notice that people who consume diet drinks can’t seem to stop drinking them.

Because of the bad publicity aspartame has been getting lately, many food processing companies and soft drink makers have switched to high fructose corn syrup. This stuff has an affable sounding name . . . everybody knows that corn is a safe food and corn syrup is a popular ingredient used by bakers, what could be wrong with high fructose corn syrup? Studies have shown that all sugars can be toxic if consumed in large quantities, but high fructose corn syrup, which is an ultra-sweet form of cellulose manufactured from corn. Even when used in moderation is can be a major cause of heart disease, obesity, cancer, dementia, liver failure, tooth decay and a long list of other assaults on the human body. Yet we find the stuff in everything, even in canned vegetables and fruits. There is not a soft drink on the shelf of our local grocery store that does not contain high fructose corn syrup.

Adams notes in his report that the new artificial sweetener being manufactured as a replacement for aspartame is Sucralose, sold under the brand name Splenda. He wrote: "This claims to be made from sugar. Well, I suppose you can claim that it starts out as sugar, but it’s made by removing some of the atoms from sugar and replacing them with atoms of chlorine." He points out that chlorine is a toxin used to create poison gas used in warfare. It also is used to disinfect swimming pools and public water supplies.

Indeed, there is that chlorine problem in our public drinking water. We all know the taste of it when we drink water directly from our faucet. Not only does chlorine taste bad, it is poison that we should not, and need not be drinking. Safer alternative methods of purifying public water systems exist but few of them are in use because the chlorine industry is big business. Chloride poisoning can cause respiratory, flood, skin and gastrointestinal disorders. Fortunately, it can be filtered from the water at the tap by using special filtration devices, and chlorine will evaporate quickly when chlorinated water is boiled.

Our food also is laced with something called "hydrogenated oil" or "partially hydrogenated vegetable oil." This means that the oils used in processing the food in the cans we purchase are processed so they do not go rancid. To get this effect, the producers use a chemical process involving hydrogen gas and a catalyst, usually nickel, to change the chemistry of the oil. And the result is yet another toxic substance found to plug our arteries with an artificial fat directly linked to cardiovascular heart disease. It also attacks the body’s nervous system and causes brain disorders and birth defects in newborn children.

We don’t recommend eating red meat, but if you must, be aware that nearly all of it has been injected with a preservative called sodium nitrate. This stuff is especially found in processed lunch meats, packaged hams, pepperoni and any meat found in a package. This stuff has been linked to pancreatic cancer. Of course just consuming red meat even without the preservative has been found to be a source of colon cancer, heart disease and numerous other physical problems.

Note too that cattle and dairy farmers are giving their livestock antibiotics and injecting a hormone called bovine somatotropin (bST) into dairy cows to increase milk production. This is a growth hormone that affects humans who consume the milk just as it does the cows. Since bST has been introduced in our milk and dairy products, there has been a noticeable increase in breast and bladder cancers in men and women. Milk from cows injected with bST have been found to contain pus, antibiotics plus an increased fat content, but a lower protein content.

We have only pointed out the more controversial toxic food additives that have been targeted by nutritionists. There is yet another entire disaster linked to all of the cosmetics, shampoos, mouth washes, tooth paste and other products we use daily. They are also laced with toxins that can leach their way through the skin.

Our homes and office buildings are filled with artificial wall panels manufactured from plastics that leach toxins like polyvinyl chloride and bisphenol, or wood chips filled with glues that are loaded with formaldehyde. People who live and work in these places are breathing in these toxins daily. There could be volumes written about these poisons and the things they are doing to us.

So even though we know better, why do we poison our foods, our water supply and our daily living and working environment? The answer lies in the old addage: "Follow the money." That's right, it has all become a very profitable slice of American industry and commerce.
​
Have we become so complacent that we no longer care? Perhaps the barrage of daily advertising images on our television screens has blinded us into believing we need this poison. 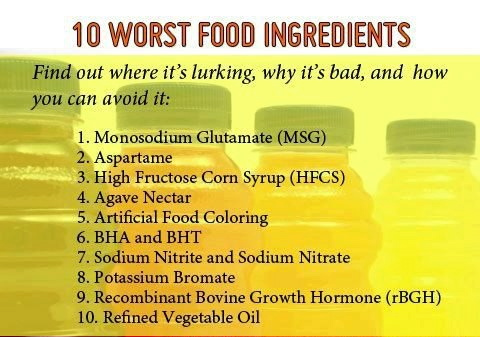