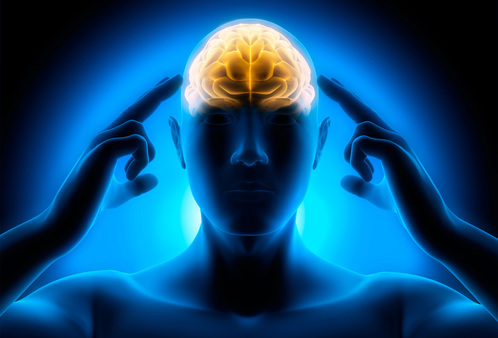 In watching a televised documentary about people with amazing mental abilities there was a story about people in the world who can recall what they were doing and what was going on in the world on nearly every day of their lives. One man who was interviewed could even remember scores of sports events and the names of players in games that occurred 40 years in the past.

Of course when they show such stories there is always the disclaimer. He is usually a scientific type that claims such amazing abilities can be explained away and that the whole concept of photographic memory is either non-existent or that people who have this "gift" merely devote their lives remembering the past and make it appear that they have unusual mental abilities.

I wanted to jump into the television set and confront the man who dared to pooh-poo this kind of psychic ability. That is because I have been living with people with amazing psychic capabilities, and have personally met others with so-called photographic memories that literally astounded me.

My late wife, Doris, was one of the best psychics I have ever known. The challenge to people with photographic memories is another thing. Over the years I have been convinced that they are the real thing.

We knew a woman who lived with us once who could do this. She demonstrated her ability one afternoon when, on a road trip, she entertained us by quoting the entire text from Aleister Crowley’s Liber el vel Legis without missing a beat. She did this from memory. It was somewhat spooky having this woman in our home. She could walk into a room and later describe everything she saw in great detail.

My wife once accompanied me to a large gathering of total strangers. She later described in detail what every woman in the place was wearing.

I knew a man who was the president of a piano and organ manufacturing company in Michigan. He astounded me one night when, at a gathering we both attended, quoted my personal telephone number. He said he had a problem remembering names, but always knew people by their telephone number. To prove it he went around the room spewing out the telephone numbers of various people in the crowd.

My wife’s brother worked in a mental institution in Michigan, where he worked with mentally challenged adults who were so severely incapacitated they were unable to care for themselves. He told how some of these people who were unable to tie their own shoe laces still possessed certain mental gifts that set them apart from the "normal" folks.

He told of one young man who liked to watch the C&O railroad trains pass the institution. The window to his room apparently looked out over the tracks. One day my brother-in-law was standing with this young man at the window as a long train laden with box cars passed. As they were rumbling by he said he heard the boy quoting numbers and realized he was rattling off the long serial numbers on the box cars as they passed. He began testing the boy and discovered he was able to quote all of the numbers of each box car from memory after the train passed. He did this consistently every day. Sometimes there were 20 or more box cars on that train that ran each day between Detroit and Saginaw. This, it appears, was the boy’s single genius.

We knew of yet another family that had a son who was somewhat of a genius at the piano. He wasn’t necessarily a great pianist, but what was unique about this child was that he could listen once to a new song and then repeat it at the piano. Where did such talent come from?

I have read of cases where people have suffered severe head injuries, or perhaps lapsed into a coma that lasted for years. After waking up they discovered that they were able to speak in a foreign language or sometimes express a keen interest in things that never interested them before the brain damaging accident. One person woke up from a coma and began speaking with a severe cockney accent. He had always lived in the United States and never traveled to England.
​
Indeed, the human brain is an amazing instrument. We all should do our best to preserve and develop our mental abilities to their best potential. We have heard it said that most people go through life never using more than 20 percent of their brain power.