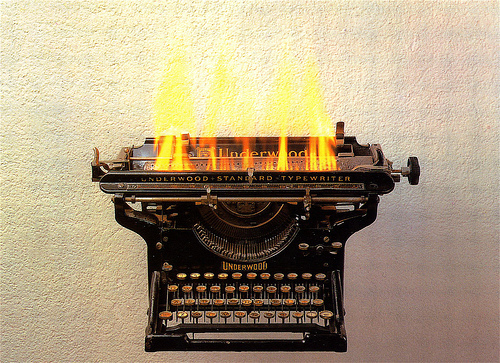 The first public sign that something was out of whack with the "reliable" mainstream media was the day NBC Anchor Brian Williams was caught fabricating a story about taking fire while riding in a military helicopter in Afghanistan. He apologized on air the next day, but appears to have lost his job over the incident anyway.

As a long time journalist now retired, I could not imagine what got into Williams’ head that made him make up such a story. As much as I admired his work over the years, I could not argue with the decision to let him go over such an act of misconduct. False news stories were something journalists always tried to avoid at all costs. When we made even the slightest error in reporting a story, a correction was published as quickly as possible. Explaining to the editor was always the worst of it. But the old adage: "Everybody makes mistakes" always prevailed.

But was what Williams did a mistake, or was it done intentionally . . . perhaps to beef up the nightly news by adding a personal flare about war reporting?

Actually, even if Williams did have a bullet whiz over his head his experience didn't hold a candle to the real war correspondents in the Middle East wars, Vietnam, Korea or World War II. A lot of guys like Ernie Pyle, James Hunter, Larry Burrows and Joseph Morton are among the many to have given their lives trying to get the story while on the front lines with the fighting soldiers.

After Brian Williams, it seems as if the media everywhere is suddenly ripe with manufactured sensational news. For examples: There was the story about the chickenpox epidemic allegedly started by an infected person pushing through the crowds at California’s Disneyland. The stories sparked a widespread campaign to get everybody vaccinated against chickenpox. Something seemed wrong about that story from the get-go. Older news veterans like myself remember the days when every kid in the neighborhood had both chicken pox and the mumps. Our parents seemed to urge us to get exposed so we fought off these bugs as children, when immune systems were strong, and we enjoyed life-long built-in resistance after that.

The scare stories about a so-called "epidemic" of chicken pox and the need for everybody to rush off and get vaccinated appears to have been manufactured on behalf of Big Pharma which had an over-abundance of chickenpox vaccine stockpiled. There were something like 70 cases of chickenpox recorded in all. And it was discovered that a lot of them were people who had received the chickenpox vaccine. It seems that the vaccine gives patients a mild case of the disease. That's how we build up immunity. In some cases, the vaccine proved to be totally ineffective. Did the media purposefully dupe us with this story?

Next we read about arsenic being found in wines produced in California. After a day or two of dealing with such an unthinkable story we find out it was all a hoax. It was a manufactured sensational story that spread like wildfire. The California grape growers who turn out some of the finest wines are struggling enough this year because of climate change and the ongoing drought. They didn't need to be hit with this kind of publicity, especially when it was all a lie.

Rolling Stone Magazine, long one of the most trusted publications involving real investigative journalism in the U.S., was then caught publishing a manufactured story about women being commonly raped at fraternity parties on American college campuses. The fraternities collectively did their own research, found out the story was not only untrue, but the reporter who wrote the story failed to properly research the facts. Rolling Stone retracted the story. The damage to Rolling Stone and the American media has since gone into the collective unconsciousness of the nation.

This year with all of the sensational media hype surrounding the Clinton/Trump presidential campaign, the news reports have been so staggering there is a general agreement among most Americans that people can no longer trust the media for news. We have all seen how major U.S. newspapers and television networks have been bought up by a few powerful corporations. After the Supreme Court's disastrous Citizen's United ruling, laws prohibiting the pouring of large amounts of money into specific campaigns are being by-passed.


It is commonly known that Fox News has been doing wild sensational editorializing for years and getting away with it. Instead of being rejected as a false source of balance news, Fox appears to have only gained in popularity. It is hard for we in the field of journalism to understand this. It seems that Americans are either too dumb to recognize that they are being fed political garbage, or they are addicted to the taste of it.

Is the success enjoyed by Fox the cause of the irresponsible reporting that is popping up in other competitive publications and networks?

With this going on, who can Americans trust to get straight and honest news reports? There is great danger in all of this. When the big corporations control both the media and the government, the general public can be persuaded to believe just about anything.

For example, 9-11 should not have led the nation to war in the Middle East without first having an in-depth investigation by impartial researchers . . . preferably responsible news reporters . . to get the facts as to what really happened and who was behind the attack. As it was, the Bush Administration raced off to battle first in Afghanistan and then in Iraq. The response perhaps did more damage in the long run than anybody expected. We appear to now be engaged in perpetual warfare in the Middle East, much to the delight of the military industrial complex. A lot of people are getting very rich building and selling the machines of war these days at the cost of thousands if not millions of lives.

The contemporary news reporters have fallen down on the job. So now we have a few "whistle-blowers" popping out of the woodwork, attempting to inform the public as to what has really been going on.

Instead of praising them, people like Edward Snowden and Bradley Manning are hunted down like criminals because they dared to reveal what is now classified as "state secrets" that people in high places didn't want us to know.

Small wonder that the election occurring today has taken the nation to the very brink of madness. After two terrible years of sensational campaigning by a strange array of radical characters, we have ended up with two party "favorites" that are so controversial people are almost fighting in the streets over which to choose. No matter which party emerges as the winner, our next president may find it difficult, if not impossible to lead the nation out of the quagmire in which we find ourselves.

​We have the extreme failure of the media to blame for much of what has happened.