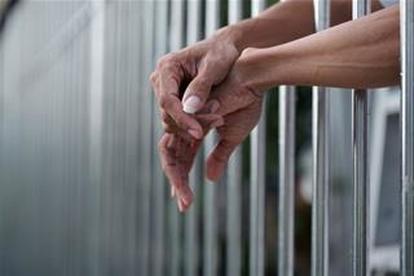 Paying For Room And Board In Jail

We have noticed a trend in recent years for states and counties to charge jail and prison inmates for their beds and meals while being held against their will. It is dubbed "Pay to Stay." They appear to be assessed even if innocent of wrongdoing. That is because even the innocent are usually convinced that accepting a plea bargain is the best and quickest way out of their “situation.”

Being arrested, charged and faced with possible fine and jail time is, without a doubt, a caustic situation that most people will do just about anything to put behind them at all costs. And this is how the judicial system works its racket.

The practice of squeezing extra cash out of jail inmates evolved as a way to generate extra cash when hard economic times caused the tax revenues feeding government coffers to dwindle. Rather than let local empires crumble after years of living with bulging budgets filled with state and federal revenue sharing dollars and cash grants, the local boards scrambled to fill the void with "creative" sources of money. This crunch is only intensified as states rushed for a while to contract with private companies to make the nation’s prison system a giant cash cow. We can only imagine what is happening to accused prisoners in those institutions today.

​(The reports have been so grim that there has been a recent movement at federal and some state levels to discontinue contracting for private prison services and return to government-run systems.)

In the midst of all of the growing crunch came the practice by the municipal, district and circuit judges to increase fines and court charges, force convicted felons to pay the cost of court-appointed legal counsel, and of course, pay for their room and board while housed in the local lock-up.

The system has learned to feed upon itself in abstract ways. Police earn their keep through mostly traffic arrests so drivers rarely escape a summons when stopped by those flashing red, white and blue lights. The counties feed on the revenues dipped out of the pockets of the people as they ride the daily treadmill through the court system, and the jails continue to soak the ones unlucky enough to be sentenced to spend time behind bars.

The State of Michigan, where I lived and worked for years as a county news reporter, was quick to get in on the action. Struggling with a budget crunch of its own, and overcrowded prisons (mostly caused by the nation's ridiculous war on drugs) legislators started adding a state fine of their own to be paid by local wrong-doers.

The state cleaned out its prisons by paying local county jails to house felons convicted of non-violent crimes. It also set new Circuit Court sentencing guidelines. Instead of prison, judges were encouraged to sentence even the non-violent offenders to serve jail time and probation.

It appeared that governments were looking at the daily line-up of felons, shoplifters and traffic offenders as some kind of a cash cow that can be milked for the money needed to fill those red ink drenched coffers.

But the program has now caved in on itself.

That is because the state economic crunch is caused by hard times on the home front. Many of the people getting arrested and sentenced in the local courts are out-of-work and financially bankrupt. Those that get caught stealing are sometimes taking desperate steps to get food and meet their next house payment.

Thus the concept of socking people without money to eat or keep house and home with heavy court fines and costs and jail rent cannot be working well anymore.

A man that lived in an apartment just down the hall from ours suffered from alcoholism. He had enough bouts with the law over the years that he lost his driving privileges. He lost his job about a year before we met him because the plant closed its doors and moved overseas. Desperate, and out of work, the man returned to alcohol. He was arrested for being drunk on a public street and sentenced to about a month in jail. He apparently coughed up cash for the court fine but later was served with a summons to reappear in court for a probation violation. He could not pay a $600 fee for his stay in the jail.

Before I retired, the county board of commissioners filed a complaint with state legislators and the Michigan Justice Department about fines taken from convicted Circuit Court felons. It seems the state was demanding its money off the top of whatever the convicted person could pay. If there was any money left over, that was what the county got.

Since people are really broke these days, this rule, if it remains in effect, means the state is stealing most of the cash cow the county governments once enjoyed. A political fight was raging over spoils that probably no longer exist anyway. That old saying, “You can’t get blood out of a turnip,” surely applies here.

It seems that governments have turned our court system into a cash business and that is wrong. I see prosecutors taking aggressive action against people for relatively minor infractions that used to get people sent home by police officers with a warning. They are leaving no stone unturned in the rush to fill those dwindling money vaults.

Even though we lived in a rural area, where the county seat is a town no larger than about 2,000 people, the number of people passing through the District Court to answer traffic charges and misdemeanors every day was troublesome. A large waiting room next to the court was usually filled to capacity and even more people were standing in the hallway when court was in session.

Even more troubling is that almost every arrested person succumbs to the system, pleads guilty to something (police like to hit them with multiple charges if possible giving the prosecutor room to plea bargain) and then tries to pay the bill.

My proposed solution to this is for people to stand up to the system and demand a trial. Everybody has a legal right to a trial if charges are made. Even if you know you are guilty, deny everything, demand a trial, and force the court to do what is right. Demand a jury trial if possible.

A trial can tie up a courtroom, judge, court recorders, lawyers, a prosecutor and the arresting police officers for at least a day and sometimes longer. They are extremely costly because all of these people are well paid. Do not hire a lawyer or ask the court to appoint one for you. While it is hard to do when faced with a band of professional and intimidating lawyers and police officers, stand alone and let the authorities prove their case against you. Use your brain and be aggressive in questioning witnesses. Attempt to get witnesses in your own defense if possible.

If you go into this with the right attitude, having a trial might even be fun, even though you can expect to be aggressively attacked and prodded by angry judges and lawyers who know you are wasting their "valuable time." And that is exactly what you are doing.

Even though you will almost always lose your case, you win. The cost of your fine and court costs usually will be far less than the money paid by the county to hold your trial.

If enough people would do this, we could overwhelm the courts with so much work, additional staff would be needed to prevent the system from getting too clogged to work. And best of all, the cash cow money machine that our court system has turned into can be shut off.