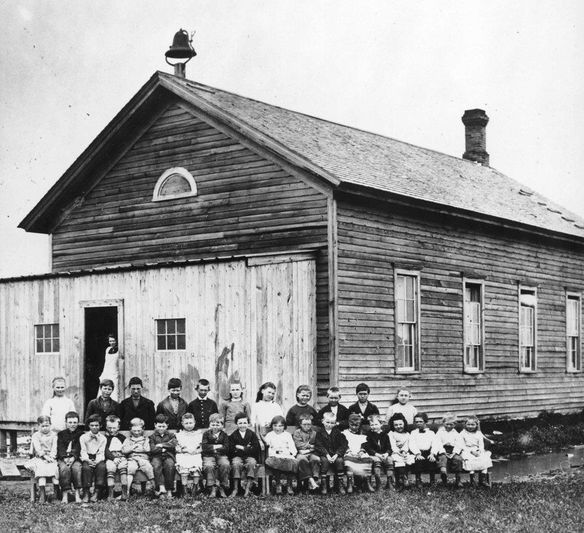 Should We Consider Returning To That Little Red School?

As the price of operating our public schools rises through the roof we are watching with alarm as local school districts struggle with drastic educational spending cuts. The new Trump Administration, with the appointment of school voucher advocate Betsy DeVos to head the Department of Education, does not appear to be leaning toward giving public schools any financial relief.

Thus it appears that local school districts will be depending more and more on state assistance and local voted taxpayer dollars to keep their doors open.

Those school cuts have already been so extreme that school boards in many areas have gone beyond slashing the usual school functions like music, sports and school trips. They are no longer buying textbooks and essential teaching tools, teachers are getting pink slipped and some essential studies like geography, penmanship, shop and even government are disappearing.

Lost in current budget cutting are all of the arguments used in the 1950's and 1960's for closing the one and two-room country schools and consolidating districts to provide a better education for all children.

We remember those big debates as one-by-one little neighborhood schools lost ground and eventually closed their doors. Many of the buildings fell to ruin. Some were fondly bought up by local historical groups and preserved as extensions of museums. And others were converted into homes.

If you drive around the countryside even today, you can still find the remnants of those school buildings. They had a distinct look that even conversion to other uses could not hide. And there was one in just about every neighborhood, within easy walking distance for every child.

The one-room schools are remembered for their old pot-bellied wood-burning stoves, the hard wooden desks with attached straight-backed chairs and the big blackboards that filled the wall behind the heavy oak or maple wood desk used by the teacher. The lids to each desk for students lifted to expose a storage area for books, papers, pencils and other things children needed during school hours.

All classes were held in the same room, and one teacher taught everybody. In some schools the children attended class there from first through as high as the eighth grade. It was possible for a single teacher to give a child all of the educational training he or she would ever receive. In those days an eighth grade education was considered enough to prepare children for the world.

I knew a lot of people who functioned very well on the education they received in those schools. They knew the basics for left brain activities in the world. They could read and spell, and they had enough training in mathematics that they could calculate numbers quickly in their head and do well on just about any job as a clerk, farm worker or factory.

High school was desirable, but a student had to travel some distance from the country to attend. And often the demands on the farm made it difficult for children in many families to get any more education than the eighth grade. Those who went on, however, achieved new pinnacles of scholastic achievement and that was when education was highly regarded. To go on from there to college was a goal that only the brightest and best students dared to achieve.

The big battle just after World War II was for consolidated school districts that offered a complete education, from kindergarten through twelfth grade. Intermediate School offices were established to oversee regional school districts and provide training in specialized job skills like automobile mechanics, computer and office employment, welding and a variety of other functions needed by local employers.

Students attending such schools chose early which direction they wanted to go in life. They either chose vocational skills near home, or took the college prep reparatory courses and made that dash for admission to a college or university after high school.

That seemed to be the perfect solution to meet the needs of society in those days. There was a nook for every child, no matter how bright or simple-minded they were. But over the years flaws developed in that system. Students began reporting for clerical jobs in stores who could not add or subtract and were unable to properly make change when working at a cash register. They fixed that problem by inventing cash registers with computerized systems that did the thinking for the clerks.

The invention of the World Wide Web and the development of public communication on line has revealed another terrible flaw. The graduates of high school and even college no longer know how to spell or express themselves well. That was basic education that every student graduating from the eighth grade in those old country schools had down pat in the old days. What has happened?

There seems to have been a general dumbing-down of Americans that has accompanied the consolidation of school districts. As more and more money is spent by district taxpayers to build elaborate buildings, establish elaborate education systems and massive bus fleets, the quality of education has been slipping. Is it because parents no longer have a grasp at what is happening in their neighborhood school?

The key to making those elaborate education programs work has always been the school bus. Students spend much of their day being transported to and from school and between their school and the vocational education center serving their region. Large gasoline or diesel powered school buses are said to get something like five or six miles to a gallon of gas. If you can do the math, you realize that a price hike of as much as a dollar a gallon for fuel, even purchased at a bulk price, can make or break a district budget.

It is ironic that my father and my father-in-law both served on local school boards back in the days of the consolidation battles. And these men were on opposite sides of the fence. My father who sat on a K-12 school board, supported the idea of closing down the country schools and bringing all of the students into a single district.

My father-in-law served on a local country school board and argued against consolidation. He thought control of schools should stay in the neighborhood, and that larger districts would be wasteful and inefficient. It the long run, it appears that he was quite right.