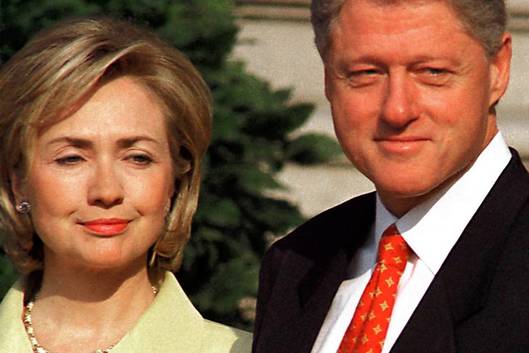 It is no secret that a lot of suspicious deaths of high ranking government officials, lawyers, journalists, guards, pilots and others occurred during the years Bill Clinton sat in public office in Arkansas and later in Washington. Conspiracy theorists have been actively attempting to link the Clinton regime to the unusual number of bodies left lying in the wake of the Clinton presidency, but guilt . . . if there is any to be had . . . has never been proven.

The editors of numerous websites have published lists, and when compared, new names seem to appear. It should be noted that additional names of “victims” were still turning up as of the date of the publication of this brief list.

Some of the deaths were clearly not linked to the Clinton Administration other than the fact that they died while Clinton was in office. Some were about to disclose information that may or may not have been damaging to the Clinton profile. Others were in positions of exposure to personal information at a time when President and Hillary Clinton were being investigated for possible involvement in the Whitewater fraud case.

According to news reports, autopsies were not held even though there was suspicion of foul play in some of the "suicides." Consequently there has grown a suspicion of high-level cover-ups involving many of the cases.

The following are but a few of the people who died under suspicious circumstances, or just because they were working as part of the Clinton Administration in Washington. People also died when Clinton served as Attorney General and then Governor of Arkansas between 1977 to 2001:

Lawyer Donald Adams was found shot in the head in his car in a Springfield, Mo. hospital parking lot in January, 1997. A .22 cal. handgun was lying at his side. The death was declared a suicide. Adams had been involved in helping people involved in the infamous Whitewater land swindle that made friends of the Clintons very wealthy.

Vincent Foster Jr., Deputy White House Counsel, was found dead of a gunshot wound to the mouth in a Washington D.C. park in July, 1993. The official report was that Foster committed suicide, but many inconsistencies were involved in the case. Foster was a close friend with the Clintons, worked with them at the Rose Law firm, and had intimate knowledge of the Clintons’ personal finances.

Admiral Jeremy Boorda, Chief of Naval Operations, reportedly went home for lunch and shot himself in the chest in May, 1996. Two suicide notes were allegedly found but were never made public. It was reported that he was embarrassed over Valor pins he was not authorized to wear, even though it was later found that he had authorization. No explanation for his “suicide” was ever given.

Commerce Secretary Ron Brown, was killed with 34 other people when Air Force II crashed into a mountain while approaching Dubrovnik airport, Croatia, on April 3, 1996. At the time of his death, Brown was under criminal investigation for possible involvement in sham financial transactions before he was appointed to office. He was scheduled to testify shortly after his trip, and allegedly told friends he would “not go down alone.” President Clinton sent Brown on that fatal mission.

Edward E. Willey Jr. was found dead from a shotgun wound lying next to his vehicle on a hunting trail in Virginia on November 29, 1993. It was the same day that Willey’s wife, Kathleen, a former White House volunteer aide, testified that Bill Clinton sexually assaulted her during his first term as President. She was subpoenaed to testify in the Paula Jones sex harassment case.

Suzanne Coleman, died of “suicide” from a gunshot wound to the back of her head in 1978. There was no autopsy. It was alleged that she had an affair with Clinton when he was Arkansas Attorney General. She was seven and a half months pregnant at the time of her death. She told friends it was Clinton’s baby.

Judy Gibbs, former Penthouse Pet and known prostitute who reportedly was involved with Bill Clinton. After agreeing to work with Arkansas police in an investigation of Arkansas cocaine trafficking (in exchange for dismissal of criminal charges,) Gibbs died in a house fire. This happened in 1986.

Danny Casalaro, a free-lance journalist who was investigating the INSLAW software scandal, a BCII banking scandal, Ronald Reagan’s “October Surprise” and other issues that he believed were connected when he was found dead, with his wrists slashed, in a Virginia hotel in 1991. All of his research papers were missing.

Alan Standorf, an employee of the National Security Agency and a source of information on the INSLAW and BCII cases with Casalaro, was found dead in the backseat of a car at Washington National Airport in January, 1991.

Dennis Eisman, a lawyer with information on the INSLAW scandal, was shot to death in April, 1991.

Ian Spiro, a CIA intelligence operative who had supporting evidence to show a grand jury on the INSLAW case. He was found dead of cyanide in a parked car in the Borego Desert. His wife and three children were found shot in the head on Nov. 1, 1992.

James McDougal, a convicted partner with the Clintons in the Whitewater fraud case, died of an apparent heart attack in federal prison on March 8, 1998. He was a key witness in Ken Starr's investigation and was scheduled to give damaging testimony against the Clintons.

Mary Mahoney, a former White House intern, and two other workers with Mahoney at a D.C. area Starbucks coffee house, were found shot to death in a cold storage room. Mahoney and Monica Lewinsky were friends. Mahoney's execution-style killing happened during pretrial media coverage of the Paula Jones lawsuit against Clinton.

Eric Butera, an informant who came forward and offered information about the murder of Mary Mahoney. Police sent him into a crack house to make an undercover buy and he was beaten to death.

Kathy Ferguson allegedly shot herself at her home on May 10, 1994. She was the former wife of Arkansas state trooper Danny Ferguson who allegedly escorted Paula Jones to Bill Clinton's hotel room for sex. Kathy told friends about how Danny brought women to Clinton and was a corroborating witness in the Jones case.

Attorney Hershell Friday, worked as a Clinton fund raiser. He died March 1, 1994 when his plane exploded.

Corporal Eric S. Fox, a crewman for Marine One, the Presidential Helicopter. Fox was shot in the head. The death was declared a suicide.

Eight crew members and one secret service agent died when the Air Force C-130 Hercules transport aircraft carrying a presidential vehicle flew into a mountain near the Grand Tetons on August 18, 1996. The Clintons were preparing for a vacation trip in the area.

This list seems to go on and on. Rather than spend the time and energy digging up more names we conclude our list at this point. We think we have made our point if one is to be made.

It appears that people joined the Clinton staff at their own risk; especially attractive women and the people who knew them.