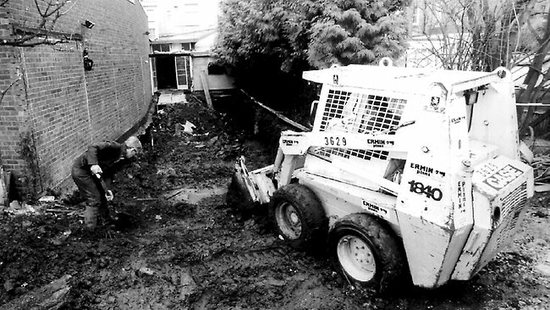 The West House of Horrors

It was in May, 1992 that the Fred and Rose West horror story had its origins on the British police logs. The ugly story that unraveled after this became one of the most sensational accounts of rape, torture and murder of young girls in English history.

It began when one of the seven daughters of Fred and Rose West told friends at school about being raped five consecutive times by her father who also videotaped the crime. The story was passed on to the parents who contacted the police.

The police investigation of the incident led to Fred West’s arrest in August, 1992 on a charge of rape. Rosemary was also charged as an accomplice to rape and child cruelty. The children were placed in foster care. The couple pleaded innocent and the charges were dismissed when the two main witnesses refused to testify.

The police, however, did not let the matter drop. They began looking into the unexplained disappearance of Heather West, their 16-year-old daughter who went missing in June, 1987. It seems that Heather had been complaining to some of her friends about incest activities in the home just prior to vanishing. It was learned that Heather was murdered, her body cut into pieces and then buried under the patio.

The other children were warned that if they told about what was occurring in the home they would end up just like Heather, under the patio.

Police obtained a search warrant and a search of the house and grounds at 25 Cromwell Street in Gloucester was the beginning of a horror story that was so incredible it made headlines all over the world. The Cromwell Street house became known as the "House of Horrors."

Fred West was arrested first in February, 1994. After police began excavating the grounds and uncovering human bones, West confessed, retracted and then confessed again to killing his daughter. Rosemary was formally charged in April as more and more bodies were uncovered.

By June of that year, Fred West was brought before a magistrate's court on 11 charges of murder. Rosemary was charged with 10 killings. Later a twelfth charge of murder was added to charges against Fred West.

The police had finally caught up with the serial killers that had terrorized the   county of Herefordshire for the past 20 years. They had lured young girls to their house, kept them bound in the cellar, then raped and tortured them. When they became tired of the victim they had, the girl was killed, dismembered, and the body parts buried at or near the house where they lived.

It was learned that the entire West family was caught up in an extreme incestral relationship during this time. They had sex with their children, Rosemary prostituted herself with strange men, the four daughters were raped by their father and the only son, Stephen, says he was encouraged by Fred to have sex with his mother.

The two surviving children, Stephen and Mae West, say they grew up amid a chilling life of beatings, prostitution, sex abuse, torture and bugged bedrooms that allowed others to watch what was going on inside. They remember their mother showing herself naked in front of a constant stream of men coming into the home and West making sexual demands of his daughters.

They said they didn't know any other way of life and didn't understand that anything was really wrong until Heather was murdered. Stephen said he was forced to help his father bury the body.

Police said Fred was a killer before he ever met and married Rosemary. He had been married to Rena Costello, a prostitute who had a daughter, Charmaine, through an affair with an Asian bus driver. While married to Rena Fred impregnated a woman named Anna McFall, who wanted Fred to divorce Rena and marry her. Fred chose instead to kill McFall and their unborn baby.

It was in 1968, while still married to Costello, that Fred met Rosemary Letts who was only 15 years old. They moved in together and Rosemary had a daughter, Mae, by him.

Fred went to prison on a charge of theft for a while. While he was behind bars, Charmaine went missing. Her remains turned up under the house they were living in at the time.

Over the years Rosemary bore seven children, many of them fathered by other men. It was said that Rosemary even had sex with her own father.

By 1972 Fred apparently got tired of their sexual escapades within his own family and decided to branch out. They hired a 17-year-old girl, Caroline Roberts, to work as a nanny for the children. Then they took Caroline captive and raped her. She got away and Fred and Rosemary were charged with rape. They argued before the court that the sex was consensual and got off on a fine for indecent assault.

After that the couple began inviting young women into the home to rape and torture them, but never letting them go. They chose young girls. The rapes became sadistic bondage acts that lasted for days before the girls were murdered.

After his capture Fred hanged himself in his cell before he was sentenced. Rosemary was found guilty of ten murders and sentenced to life in prison without parole.

While the known victims were listed by the court, authorities believe this couple may have been guilty of numerous other unsolved killings that could never be proven.
​
The house at 25 Cromwell Street was demolished.