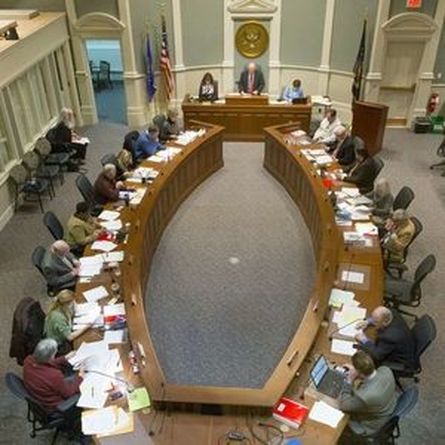 In Committee
High Speed Technology Vs. Slow Wheels Of Government

A report that U.S. intelligence agencies are lagging behind in updated electronics used in keeping up with potential terrorist threats should not come as a surprise.

After years of working as a county and city government reporter this writer understands how slow the wheels of decision-making turn within a democratic system. Every request for purchasing new equipment with tax dollars goes through various committees for recommendations before a final decision is made by the full governing board. Sometimes the process can take weeks, sometimes months.

We once watched a county board of commissioners spend months deciding on fixing a serious leak in a roof of an office housing the health services director. Before that leak was repaired the director was forced to move out of the office and the cost of the work was elevated to hundreds of thousands of dollars because of water damage to walls, ceiling, floor, carpet, fixtures and even books. All that was originally needed was a simple dabbing of patching tar until a decision was made to replace the roof. Approval of that simple act never made it out of committee.

City councils and township boards tend to move somewhat faster when it comes to getting things done, but not much.

There is a general rule of thumb that the larger the number of people elected or appointed to chairs on a decision-making body, the slower the process for getting things accomplished becomes.

I have noticed that road commissions in my state, which generally are limited to no more than three members, have a tendency to respond quickly to emergency situations. When roads and bridges get washed out in storms, repairs are underway almost overnight.

County boards can be from five to 20 members, and when they break down into committees and sub-committees to study problems and make recommendations, things get sluggish.

In the matter of government surveillance, there also has been the problem of public privacy. It once took a court order before authorities could tap into telephone, fax or Internet messages.

This is why the concept of your federal government protecting us from terrorism is somewhat ludicrous. While efforts have been made to break departments down into well-oiled systems, the Bush Administration decision to create the Federal Office of Homeland Security created a technical monster poorly designed to do much to really protect the homeland.

That costly branch of government combines the FBI, the CIA, the Secret Service, The U. S. Coast Guard, the Federal Office of Emergency Management (FEMA), the Customs and Border patrol, transportation and nuclear security and a long list of other agencies most of us have never heard of into one complex agency.

We had strong evidence as to just how inadequate this giant bureaucracy became from the way it responded to the hurricane Katrina disaster. The emergency processes have been greatly improved since that event, which is a good thing. Because of our changing weather patterns, major disaster situations are happening more and more frequently now.

When intelligence officials are complaining about a "major gap" in their ability to keep up with the fast changing world of electronic communication systems and staying one step ahead of potential terrorist plots, the matter should be taken seriously.

The least we should do is give our intelligence people the very best and latest security equipment available, and on demand. Making them wait for months for committee and budget approvals is comparable to closing the barn door after the horse escapes.

There is that problem of giving our surveillance people the power to examine every aspect of our private lives. When it comes to guarding against secret acts of terrorism going on among the citizenry we find ourselves in a dilemma. When the task of watching over the people that watch over us falls on committees and subcommittees there should be no surprises that the war on terrorism has created a Catch-22 on the home front.