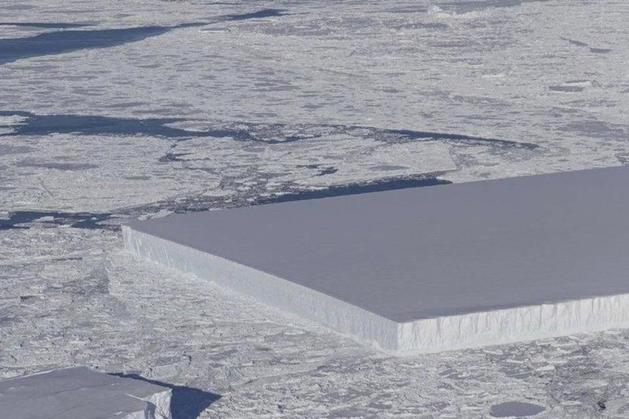 Can An Iceberg Assume a Perfect Rectangular Shape?

Ever since NASA made the photo of the rectangular iceberg public I have felt a need to write something about it. The problem, however, is what can be said other than “Wow!”

Apparently the photos taken during a fly-over the Larsen C ice shelf in the Antarctic in October produced images of this particular berg. After seeing the images I waited patiently for scientific explanations . . . how could such a thing happen without some kind of human interference?

My first thought is that this interesting mile-long and perfectly flat-topped rectangular chunk of floating ice had to have been cut from space by some kind of laser. Was it the work of some bored astronauts looking down from the International Space Station? Certainly we have the technical know-how to slice out a piece of ice that would look like that.

As it is, the wheels of an international governmental space program like the ISS might grind with a rusty grating noise if the men and women assigned for duty there ever are suspected of playing with the power tools at their fingertips. Notice that NASA was quick to attempt an explanation . . . other than a laser cut from space. 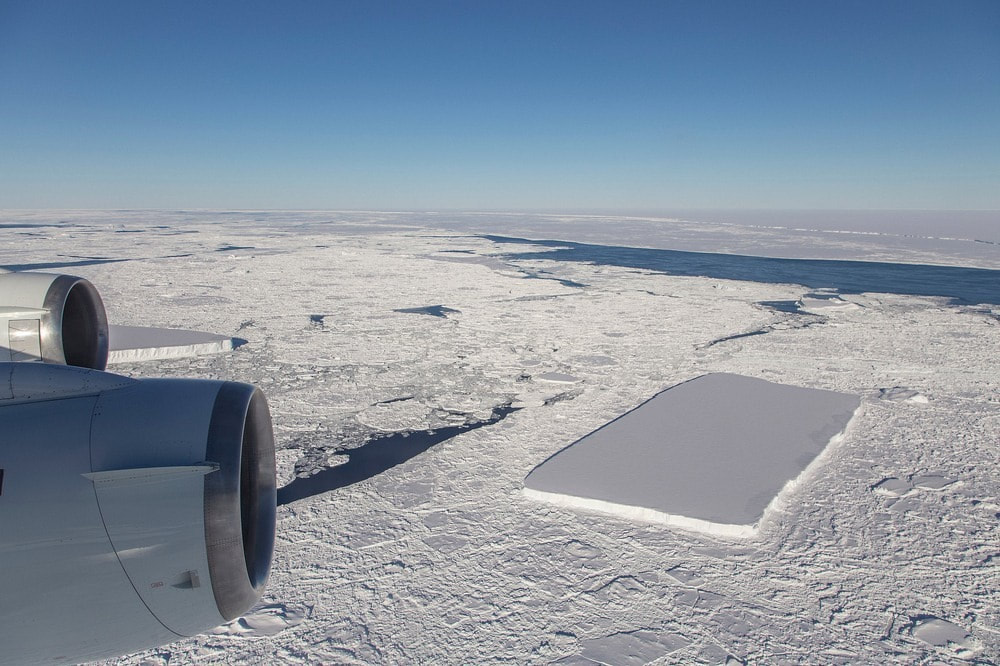 Consequently a NASA report just published in Forbes noted that rectangular cuts of ice like the one photographed are not uncommon. The story said they can occur naturally as pieces of ice “calve off” from massive shelves of the flat surfaced ice jutting off from the land. The writer noted that a second similar cut of ice is visible just behind the second jet engine, and careful examination of the main rectangular berg shows imperfections along its sides.

But these so-called imperfections are minor compared to the overall shape of the iceberg.

Glaciologist Timothy Bartholomaus at the University of Idaho explained: “Icebergs detaching from the edges of these ice shelves are like corners of a sheet of office paper getting cut with a pair of ocean-scissors. Right after the cut, when the iceberg detaches, the edges will often be perfectly square.”
Of course we find Bartholomaus’s explanation somewhat questionable. To make our point we offer a third image of a natural “calving” of two chunks of ice in the same region. (See Below) It shows the edge of ice that breaks off from its mother. And it is jagged.

So how does nature produce a perfect rectangular chunk of ice like the one in question. We are thinking it just doesn’t happen without the help of an artist. Or a bored astronaut with his hand on a laser gun. 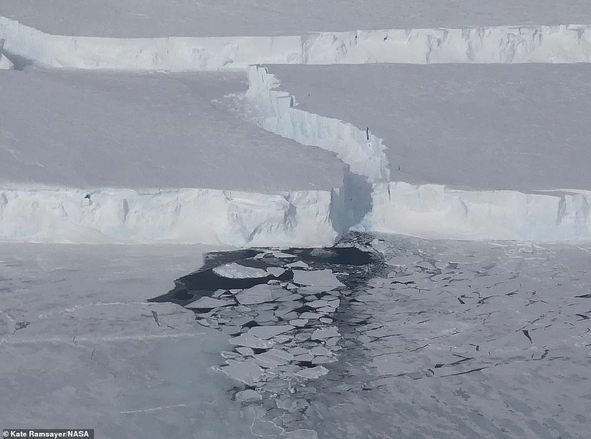