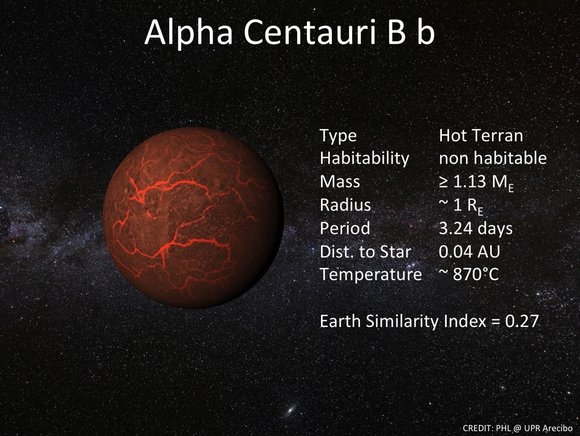 Will Alpha Centauri Be Our Next Home?

With all of the reports of runaway global warming, melting ice caps and the potential looming extinction of the human race, the recent discovery of a nearby “Earth-like planet” in the adjoining star system may seem like welcome news.

Indeed, this newly discovered planet, revealed in a recent paper in the journal Nature, has been temporarily named Proxima B because it orbits the nearest star known among astronomers as Proxima Centauri. Its existence was discovered and its possible similarity to the Earth calculated by complex formulas in physics and mathematics by an international team led by astronomer Guillem Anglada-Escude at Queen Mary University, London.

When hearing the news, Jeff Coughlin, an astronomer working with NASA’s Kepler planet-hunting mission, was quoted as saying he was amazed at how close the planet is to Earth. He said: “There is nothing in physics that would keep us from sending a probe to Proxima B within the next few decades, even with just current day technology.”

The idea of sending a probe has already been in the works. Known as Project Longshot, technicians at the US Naval Academy and NASA are working on an unmanned interstellar spacecraft, powered by a long-lived nuclear fission reactor that could travel to Proxima Centauri, take a close look at the planet and send back detailed technical information.

Obviously what researchers want to know is if this planet has an atmosphere, if it has water, and if it will support life as we know it. The data already collected indicates that all three issues may be possible. Proxima Centauri is a red dwarf, which means it is smaller and burning cooler than our sun, but the planet in question is circling much closer so it is believed to be warm enough to support life. If there is water it is estimated to be in a liquid state.

Another problem the astronomers say is that Proxima Centauri is an active star that is sending out 100 times more high -energy radiation than Earth receives. Without a protective magnetic field and atmosphere it may not be possible for life to exist on this nearby planet.

Also without a thick atmosphere, this planet may be “tidally locked,” which means it is not spinning. Thus the same face of the planet would always be facing the star. One side would then be very hot while the dark side would be very cold.

Until more information is known, Earth astronomers and space researchers are looking at Alpha Centuri with great interest. There is a lot of optimism that the planet may, indeed support some form of life if it has an atmosphere and oceans.

But don’t start packing your suitcases just yet. It is going to take perhaps another century before world researchers will have an answer to any of these questions. That is because Proxima Centauri is 4.2 light years away. That calculates to 7,500,000 km. It will take the best space probes yet developed about 100 years to reach Alpha Centauri. Then after circling the planet and collecting data, it will take another 4.39 years for that information to reach Earth.

At the rate our planet is going into self-destruct we may not have that much time to find another home. And if the data from Alpha Centauri comes back negative, we are all pretty-much screwed.

So far, that little dot in the dark sky may be mankind’s only hope for a future in space exploration. Our other option, of course, would be to try very hard to save Mother Earth.