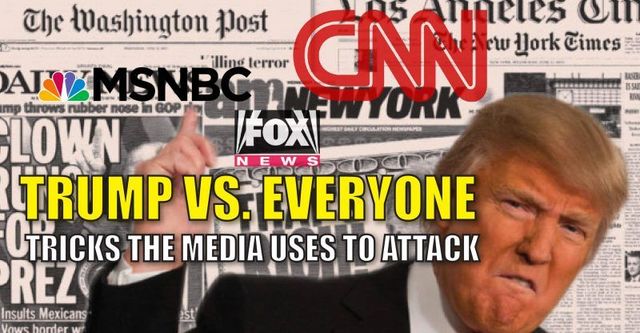 When President Donald Trump blasted the Washington Press Corps for inaccurate and slanted reporting during last week’s press conference, much of what he said was probably true. What is strange about this is that the corporate-owned media best represented at that conference has been in league with the G.O.P. agenda for longer than Mr. Trump has been in the limelight.

The irony in all of this is that Trump, in his strange form of insane vanity, has been upset by the fact that even the right wing media has been shocked at the way he has been ravaging the old established traditions of Washington. They are beginning to tell the public what is really going on for a change. The cartoonists are slashing at Trump in almost slanderous ways. We believe they are doing this because everything Mr. Trump is doing is scaring the hell out of the news staff.

After months and even years of covering up important news events that would change public opinion of the stories were truly told, and slanting the stories to favor certain political and corporate interests, the media is suddenly being attacked by a crazed elected president who is revealing the reality behind the media’s corruption. And the real irony of it all is that the public thinks its lying president is just pouring more lies into the wind.

We have this strange feeling that Trump’s personal corruption; his decision to surround himself with some of the most powerful corporate bankers in the land, and his political ties with Russian President Vladimir Putin and Israel’s hard-line Zionist Benjamin Netanyahu, plus his strange dealings with Iranian and Chinese leadership has quickly shifted the international political landscape from its once carefully balanced state to dangerous instability.

All of this has happened in the weeks since Mr. Trump won the presidency by electoral votes, but lost to the popular vote. Yet this issue alone has become a key issue in Trump’s assault on the media. He is insisting that the true election count was in his favor but that the real final vote count has been withheld by the press.
​
While the world is stumbling through shaky territory with this most unstable new American president, there may actually be some light at the end of this very dark tunnel. It just may be possible that the once sold-out media has been shaken awake by the monster it has created in Washington. Truthful and balanced reporting may again be something American’s can once again enjoy when they watch their morning news over coffee and toast.