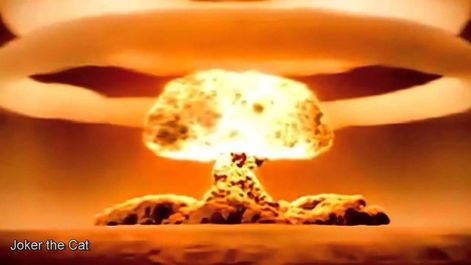 Benjamin Franklin once wrote that nothing in this world can be certain except death and taxes. This has remained a true and oft quoted phrase ever since Franklin wrote it in 1789. But contemporary genetic engineers are thinking these days that there may be a possibility that death can be beaten . . . or at least held off for a very long time.

Back in Franklin’s day the average life span for humans wasn’t much over 45 years. When Social Security was created in the 1930’s it was calculated that most workers would only live to draw on their retirement benefits for one or two years on the average. But today, thanks to modern medicine and healthy living many people are staying alive into their 80’s and well into their 100’s.

Since researchers succeeded in mapping the human genome in 2003, genetic research has been making fantastic leaps in finding the causes of genetically passed diseases and discovering ways to stop them. For instance, researchers at Phillips Innovative Technologies in Hamburg, Germany, have created microscopic sized robots that can work in a swarm to enter the human body and attack cancer cells.

Futurist Raymond Kurzweil, author of books predicting the looming age of intelligent machines, nanobots and human singularity with computer technology, believes we are only a few years away from an ultimate explosion of advancement.

Kurzweil, the chief engineer at Google, believes that death is no longer an absolute. He says science is bending the rules to the point where he believes people may be able to live for a thousand years or longer. The general thought is that if we can remain alive for at least another 20 years, technology for reversing aging will have advanced enough to keep us healthy and youthful for another 20. And if we can get that far, the ultimate life span may be within our grasp.

True, these human bodies were not designed to run forever. But genetic engineering has found ways of building replacement body parts. And if that doesn’t work, researchers are working on ways of moving us into robotic bodies that will be capable of surviving in changing earth climates and traveling into outer space.

This is no longer an impossible dream. Kurzweil points out in his books that computer power is literally doubling every year and as this happens we are experiencing “an acceleration of possibility.” Indeed, Kurzweil sees the day very soon with the computer will become more intelligent than the human brain.

Researchers have succeeded in accomplishing amazing things with new computer technology. The new 3D printers, for example, can print everything from working plastic guns to coded blueprints and even medicine. There seems to be little that cannot be duplicated by these amazing printing machines.

For many of us our task will be just remaining alive and healthy, and when the technology is available, perhaps we can use it to reverse the aging process. This would be a major first step. After that the universe may be ours to explore and master.

Aubrey de Grey, a Cambridge gerontologist and co-founder of the Strategies for Engineered Negligible Senescence (SENS) Research Foundation in California, is among the leading researchers in the field of longevity. He is developing a therapy that kills cells that have lost the ability to divide. This then allows healthy cells to multiply and replenish dying tissue.

If we can stop destroying the planet we occupy, lay down our fearsome war machines and utilize the resources we have with wisdom and love for our fellow man, there may be no stopping us from having a fantastic future.