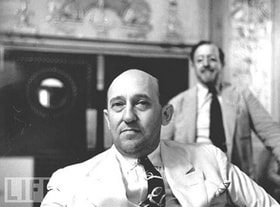 The Fishbein Effect On The American Health System

Most Americans agree that the nation’s health system has become a high-cost composite of radical surgeries, extensive torture treatments and a quagmire of prescription medications that have been big business for the medical providers.

The COVID-19 pandemic and the Trump assault on the Affordable Care Act introduced by the Obama Administration in 2021 has served to intensify this dilemma throughout this nation.

While modern medicine has evolved into an amazing system that offers solutions for nearly everything that ails us, the method of charging us for the service is obviously broken. Without adequate health insurance to help cover the cost of medical treatment, some people are no longer going to the doctor unless it is an extreme emergency.

Elderly folks on fixed incomes are choosing between important medications or food. The cost of health care in America is beyond the means of most Americans, especially now that the nation is locked in a deep recession and dealing with the COVID crisis. The high cost of providing health insurance for workers has likely been a major factor in causing many employers to shut their door or move their businesses overseas.

When President Barack Obama introduced his national health insurance program for all Americans, he was zeroing in on resolving a critical need. But he was prohibited from getting the perfect program he wanted after butting heads with powerful lobby groups representing the American Medical Association and big pharmaceutical companies that used all of their tricks to stop him.

When the Obama health bill passed, despite its flaws, we perceived it as something to build the kind of public health care we all wanted and needed. But then Trump happened. We all know that he conducted a well-orchestrated campaign designed to turn the nation against the Obama health plan. Fortunately, he was unsuccessful in totally derailing the Obama health plan, but the flaws weren’t fixed either.

The Oncology industry in American hospitals is a primary example of the problem we are facing. For those who don’t know the word, oncology is the study and treatment of malignant tumors, or cancer in the human body. Entire hospital wards specialize in this field which utilizes a combination of treatments ranging from highly abrasive surgery to weeks of torture under chemotherapy and heavy doses of medication.

People who go through the cancer treatment program and their families often end up in bankruptcy court even if they have insurance because the coverage only pays a portion of the hundreds of thousands of dollars in costs. In the end, the odds are often against the patient. All of the money spent and the suffering from the “treatment” only prolongs lives in many cancer patients for a few years at best.

President Obama, who lost his grandmother to cancer, said he wanted to finance medical research to find a real cure. What Mr. Obama and millions of Americans have been prevented from knowing is that a cure for this disease appears to have been discovered in 1934 and has been kept under wraps, by court order, ever since. 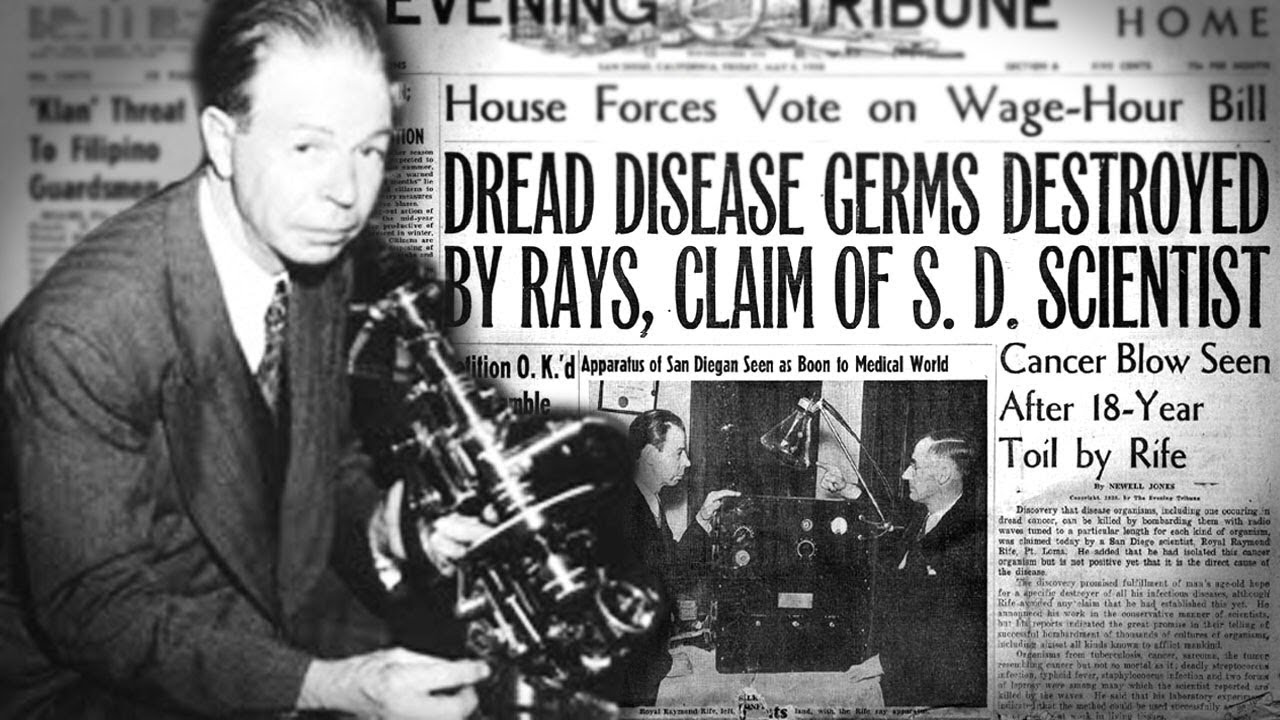 There is an amazing story behind the discovery. It involved a genius named Royal Rife (1888-1971) who invented the first microscope powerful enough to see and identify bacteria and viruses, used it to identify two types of virus that he said caused cancer, and invented a sound frequency machine that he claimed destroyed them.
​
By as early as 1920 Rife identified a virus that he believed caused cancer. He then began subjecting this virus to different radio frequencies to see if it was affected by them. He discovered that everything in nature vibrates at different frequencies. If the resonance is correct, he found it can be used to shatter specific cells, bacteria and viruses without harming the surrounding healthy cells. He successfully cured cancer in some 400 experimental animals before testing his discovery on humans.

Rife claimed the device not only stopped cancer, it also destroyed herpes, polio, spinal meningitis, tuberculosis, tetanus, influenza and over 50 other dangerous disease-causing organisms. He literally invented a machine that would cure the ills of everyone. All it took was someone trained to find and identify the virus or bacteria, set the correct resonance, and zap it.

The machine was said to even work on worms and tiny insects that invaded the human body. We suspect it might have been a cure for COVID-19 as well.

The problem was that Rife had invented a machine that threatened to destroy the nation’s multi-billion-dollar medical industry, which in 1934 was already growing into a powerful and politically influential political organization.

This is when Dr. Morris Fishbein (1889-1976), the head of the American Medical Association and editor of the association’s journal (JAMA) got involved.

Fishbein, who barely graduated from medical school and never treated a patient in his life, used his position as head of the AMA and editor of JAMA to gain personal wealth, control the drug manufacturing industry and crush legitimate new therapies out of existence. He used his position to decide which drugs could be sold to the public and this is believed to have been determined by the amount of advertising money he could extort from the pharmaceutical makers. It did not seem to be relevant if the drugs even worked.

The AMA was founded as a guild in 1847 to give practicing physicians a place to gather, exchange trade knowledge and socialize. By 1900, however, a group of doctors introduced the idea of using the AMA as a closed corporation for their financial benefit. A constitution, bylaws and charter were created that gave three directors control of the organization’s activities. One of the directors resigned in 1924 and Fishbein was appointed to succeed him. By1934, Fishbein owned all of the stock and had total control of the AMA.

Rife’s machine was receiving a lot of publicity after it successfully cured cancer in terminal patients who volunteered for the treatment. One day Rife was visited by a lawyer, representing Fishbein, who offered to buy out the Rife treatment at a token price. Rife said no.

Fishbein then conspired with an investor in Beam Ray, a company that helped build the machines, to legally steal the company. The case went to court and a trial in 1939 put an end to the scientific research of Rife’s frequency machine. Under the press of legal bills and the savage public attacks, Rife crumbled . . . at least for a while.

In 1950 Rife and John Crane, an electrical engineer, began building new and more advanced frequency machines. But by 1960 they were out of business.

Their labs and the labs of other scientists who had heard of Rife’s work and were attempting to duplicate his machine were burglarized, and burned. Dr. Milbank Johnson, former president of the Southern California AMA and who supported Rife, was fatally poisoned and his papers lost.
Rife died in 1971 from an “accidental” lethal dose of valium and alcohol while he was a patient at Grossmont Hospital.

The Rife machine was such a threat to the established big world of high-priced medicine that the men who worked on it and attempted to perfect it were either bribed or murdered. Because of the fires and burglaries, almost all records were mysteriously stolen or destroyed. But not all.

Sometime in recent years an original Rife resonator machine was found intact. It was secretly studied, modified and information about how to build it began circulating on the World Wide Web.

Today Rife machines are being offered for sale on the web although no one can say if they are the real thing. We hear through informed sources, however, that research is currently underway at a major medical instrument company to develop an even better Rife sound resonator machine. If the AMA doesn’t block them, the machine may soon be available to doctors everywhere. It is possible that a cure for cancer and a lot of other killing the crippling diseases will be readily available to everybody.
​
We could have had this kind of health system in our towns at least a half century ago had it not been for a greedy man named Fishbein.
​