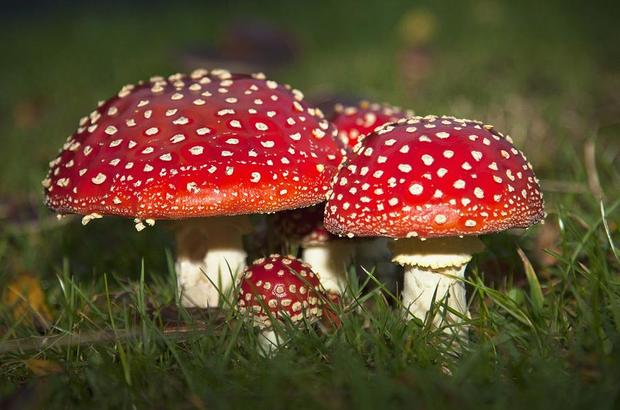 Author Claimed Jesus Was A Mushroom

The late author John Marco Allegro stirred serious controversy in the ranks of the Christian church in 1970 when his book, The Sacred Mushroom and the Cross was published.

Allegro pointed to paintings and other art works in the Vatican that depict the ritual ingestion of the red and white Amanita Muscaria as an important component of the Eucharist. He argued that Jesus never existed but, instead, was a mythological creation of early Christians under the influence of psychoactive mushroom extracts.

Allegro, an archaeologist who also was a published scholar following years of research of the Dead Sea Scrolls, fell under extreme ridicule among religious scholars because of the book. Since his death in 1988, however, the Christian church has fallen on harsh criticism largely because of the practice of pedophilia revealed in not only the Roman Catholic churches, but also in many secular churches. The harsh conservative doctrines linked to the church and to many elected government legislators also has hacked away at the popularity of church teachings. Consequently, many religious scholars, perhaps influenced by a shift in public opinion, have looked at Allegro’s theories with a more favorable eye.
For example, Allegro notes that numerous paintings on the walls of the cathedrals and Vatican buildings in Italy depict the distinct red and white colors of the Amanita muscaria. He interprets one such fresco in the Plaincourault Chapel to be an accurate depiction of the ritual ingestion of this hallucinogenic mushroom during the Eucharist. Today the mushroom is replaced by the wafers said to be “the body of Christ.”

The celebration of the winter solstice, or Christmas, is filled with strange traditions that were brought into the United States from cultures all over the world. Many of them point directly to the use of the Amanita muscaria as an important part of the event.

The parallels between Christmas traditions and many pagan rituals are strangely linked to this particular mushroom. For example, the Amanita usually grows under pine trees. This is where the custom of bringing pine trees inside the homes and then placing brightly wrapped gifts at the base is believed to have originated. The Amanita's top is a bright red with white spots.

In Northern Europe and Russia this mushroom was especially prepared for human consumption, which sent users into a psychiatric mental state where they belived they saw God. Local shamans, dressed in red coats and black pants and boots, gathered the mushrooms in sacks and then visited the homes to deliver them Amanita as gifts.This was the early image of the modern Santa Claus.

Nearly everything about the Christmas story can be traced back to the Amanita mushroom. In Siberia the snows sometimes were so heavy that the shaman had to deliver the mushrooms by dropping down through a smoke hole in the roof.

The reindeer that live in that part of the world, feed on the Amamita mushrooms.

A side effect of consuming the Amanita is that it causes the cheeks and nose to glow, thus adding to the Santa Claus story whose cheeks were glowing.

One writer in an article dealing with this subject complained: "The whole complexity of the modern Christmas mythos is an unexplainable mess without the magic mushroom, the story is completely unintelligible."