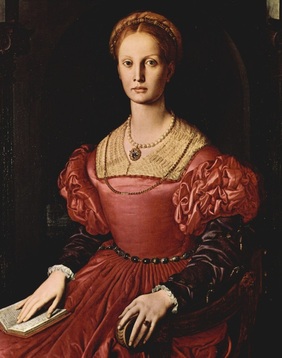 Because she was born into royalty and wealth, Countess Elizabeth Bathory succeeded in getting away with high crimes of torture and murder for much of her life in Transylvania. Some people even thought of her as the first vampire in history.

Bathory was born in 1560 in a family linked with kings, cardinals, knights and judges. But her linage did not erase her interest in the dark arts. By the time she married Count Nadasdy at the age of 15, she had been a student in sadomasochism and Satanism. When they moved into Csejthe Castle, the count built a special torture chamber for Bathory’s pleasure.

It was said that her tortures were first directed to her servant girls. She would force pins and needles under their fingernails, and do things like smear them with honey and tie them to the ground, leaving them to be attacked by bees, ants and other creatures.
After Count Nadasdy died in the early 1600s, Bathory became unrestrained. Linked with her nurse, Ilona Joo, and local declared witch Dorotta Szentes, they began kidnapping local peasant girls to torture and kill. It was said she bit flesh from her victims and forced one girl to cook and eat her own flesh.

Bathory liked to bathe in human blood. She reportedly believed it would make her skin soft and keep her looking young.

The countess and her two friends burned the faces of their victims with hot irons, froze the girls to death by stripping them naked and pouring ice water on them during the winter. Some believed Bathory may have eaten some of her victims.

The court records show that an estimated 650 young women were murdered by Bathory during her years in that castle.

People in the area were well aware of Bathory’s murderous activities but her title and high ranking relatives make it impossible for local authorities to do anything about it. But Bathory and her cohorts began capturing relatives of local nobility, and the word reached the office of King Matthias of Hungary.
​
The King ordered an investigation. In the end, in 1611, Bathory, Joo and Sazentes were brought to trial and convicted of 80 counts of murder. Joo and Sazentes were executed but because of her position, Bathory was confined to a room of the castle that had only slits for air and food. She lived there for three years before she was found dead in 1614.