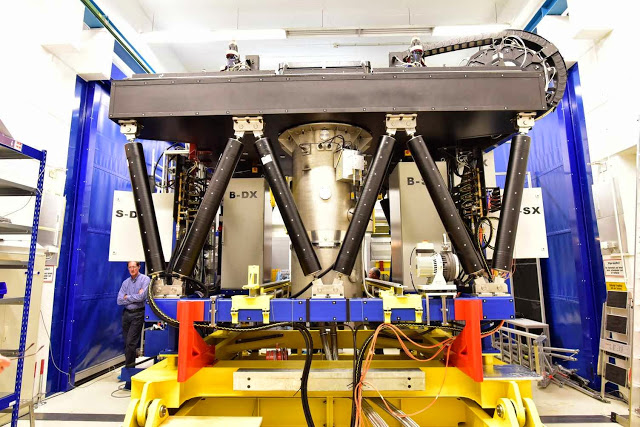 Are The Old Ones Returning To Set Thing Right?

It was about 2012, when my wife Doris was still living and communicating with the entity identified as The Abba Father, that we were given some important information. The Abba Father identified himself as one of “The Old Ones” that were on Earth in the ancient past. He said that they were even then in the process of returning to Earth to help repair and restore the planet and bring it back to health.

He said The Old Ones intend to bring to an end the ravaging by a runaway alien dominated society of enslaved humans that has been going on for thousands of years.

While the story sounded strange at first, it also made sense after we thought about it. The concept of a race of humans living enslaved under the tyranny of a secret alien race of humanoids that look like us, but using advance technology to maintained the power, wealth and control of the world may be exactly what has been going on for as long as recorded human history. Their tools have included kingdoms, powerful war engines, a materialistic monetary system, taxation and corporations that work collectively to maintain control of governments.

The extreme events now occurring all over the world . . . the rebel movements throughout the Middle East, the Occupy Movement in the United States, the civil unrest now occurring on the streets of Moscow and throughout Syria, Iran and in many other nations living under dictatorial and corporate rule are a sign that the masses are rising up in rebellion. They have had enough and they want change or they are in many cases willing to die trying.

Mixed in with all of this action on the streets has been a strange inability among established leadership to lead. The American political movement for the selection of presidential candidates to go on the 2016 ballot has produced a hodge-podge of fools. Not a single G.O.P. candidate is championing a role of true leadership that might inspire voters to even bother to show up at the polls. The Democratic candidates are not riding the "clown car" with the Republicans. And the corporate controlled media is not giving them much press as a result. There are other party candidates but most Americans don't even know their names. Thus the effort at public manipulation continues.

One positive sign is that Vermont's Independent Senator Bernie Sanders, who is running as a Democrat, is refusing to accept big corporate hand-outs to finance his campaign. Sanders is speaking out on behalf of the public and pulling in giant crowds where ever he appears. If enough voters wake up and put Sanders in office, and give him a supporting Congress, it is possible that the nation can be turned back on course again.

Amid all of the confusion, the political leaders of the world appear to be working hard to tone down threats of war. But world peace will not come easily. China and the United States President Barack Obama have entered into a pact designed to cut carbon emissions and cooperate in active trade. Russian and U.S. forces appear, however, to be getting actively involved in the complex civil war raging in Syria and they do not seem to be on the same sides, which is troublesome.

Mr. Obama this year completed an agreement with Iran involving that country's rush toward possessing nuclear arms, which is making the world breathe easier. But the U.S. Congress is not supporting the Iran agreement which also is troublesome.

Mr. Obama also is taking political heat at home after working out a new open-door policy with Cuba that has been long overdue.

North and South Korea leaders are bargaining for peace.

While scientists of the world have been rushing to develop new technology in genetics that can alter the natural order of all living things, control the minds of millions, and destroy us all at the push of a button. They also are gaining new information as to the origins of the Universe, new methods of repairing and preserving the human body, new green sources of energy and the possibility of colonizing nearby planets.

Thus humanity is on the brink of either total insanity or godhood. It will be our choice within the next few months just which road we choose. Humanity badly needs a giant kick in the pants but who, other than Pope Francis and the Sali Lama, is in a position to deliver it?

The Abba Father said there exists a race of beings from another place or dimension that he calls “the Old Ones” who were once on Earth and have now returned. They are here to help us make the correct decisions and return to the original way of life we enjoyed before we suffered an alien invasion thousands of years ago.

If this story is correct there may be hope. The materialistic world of enslavement might just disappear. In effect, humanity will be taken by the hand and returned to Eden.

We are not alone in projecting this idea. The late British writer W. R. Drake once wrote that the so-called “Gods of Antiquity” known to the Greeks, Egyptians and other ancient nations were not just illusionary but were real flesh and blood beings who came from the sky and lived among us. Some were here to dominate and control. But others, perhaps those that preceded the alien invaders, were The Old Ones, who helped us evolve into being intelligent and reasoning humanoids; homo sapiens.

Drake wrote that: “we know very little about the true nature of the Greek religion beyond the myths and legends that have survived into our present time. What we do know is that about 1200 B.C., the residents of what we would call Greece and Asia Minor shared a common, undisputed belief in a group of deities from the heavens that came to be known as the Olympians.”

Well known writer Erich von Daniken, in his book “Odyssey of the Gods,” examines Greek mythology and suggests that the Greek gods were indeed extraterrestrial beings that arrived on Earth thousands of years ago.

Other researchers have noted that many ancient writings, including those of Aristotle and the Book of Genesis, suggests that these alien “gods” interbred with humans, performed genetic experiments, and produced “men of renown” as well as other mythical beings such as centaurs and Cyclops.

The Greek creation story tells how Prometheus and Epimethens were rewarded by the Olympians for not joining forces with the Titans in the war of rebellion. As a reward they were given the task of creating man. Prometheus shaped man from the mud and Athena breathed life into his clay figure. The Genesis story of creation is very similar except that the Creator God was the one that made the clay figure and then blew life into it.

Do these stories not strongly suggest genetic splicing? That we have learned how to splice the genes of all life forms allows us to consider the possibility that alien visitors may have done the same thing in a very early moment in human history. Did they not turn simple humanoid beings into the spiritual, super men of old that we are today? (So why are we not acting like it?)

The rash of UFO sightings occurring all over the world has become so common they usually escape much attention in the contemporary media. That wasn’t the case in the 1950s and 1960s when the sightings, and especially the strange story about the crashed alien ship at Roswell, New Mexico, excited the attention of the world.

The crop circle phenomenon also gained special attention for a while but they too have become so commonplace, and declared by some to be hoaxes, that the media now ignores them.

But these phenomena remain among us. From all indications, the UFOs have visited us as long as we have had artists who have drawn or painted them. The drawings appear in carved cave art, and even in paintings by master artists who lived hundreds of years ago.

The evidence of alien intervention into the affairs of men is clear. Humans are tearing themselves away from the chains of religious belief systems and waking up to what has been happening to them. This is leading to open conflict in the streets.

It is perhaps significant that the Vatican, under the leadership of the new Jesuit Pope Francis, has developed a powerful new telescope, mounted in Southern Arizona atop Mt. Graham, that is looking for the return of a "Savior" of the planet. It is interesting to note that the church leaders perceive this savior as an alien personality or perhaps a group that will have the technology and the leadership abilities to pull humanity out of the muck it presently wallows in.

Many may find humor in the name of this special telescope. The Vatican is calling it a "Large Binocular Telescope Near-infrared Utility with Camera and Integral Field Unit for Extragalactic Research." It's acronym is LUCIFER.

We are clearly involved in a war against the tyranny imposed by these unwelcome visitors and/or greedy power figures. The question then is: if aliens are living among us, are they all evil or can we believe the Old Ones are really here for our benefit?