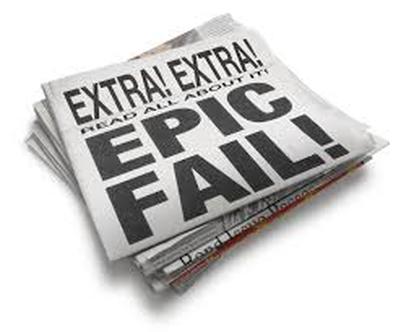 Observing the Death of American Newspapers

In the forty plus years I spent as a journalist for newspapers in Michigan and Arizona I worked for some exceptional editors. But there were a couple of bad ones as well.

Not long after I left a bureau job for the News Palladium in Benton Harbor and joined the staff at the Kalamazoo Gazette I was sent back to my old stomping grounds to get a local version of a sensational story that appeared in the Detroit Free Press. It seems that a Detroit reporter spent time with summer Mexican migrant farm workers and reported deplorable living conditions on some of the fruit and vegetable farms. The story was coordinated with a second report about a Michigan lawmaker who was introducing a bill that would force state crop farmers to provide adequate housing for the workers.

My editors apparently wanted a duplicate story. But I disappointed them. When I got in the field and began talking to migrant workers and farmers, I discovered a totally different picture. It was true that some of the little shanties provided for summer migrant help lacked hot and cold running water, screens on doors and windows, clean kitchens and beds. In fact most of the living quarters were nothing more than temporary shelters from the weather for migrant fruit pickers who spent no more than a few weeks each year on each farm they visited.

The migrant workers, however, said they were happy with the arrangements and didn’t want to lose their summer jobs. One father who brought his whole family into the area to pick melons likened the job as a summer holiday.

The farmers worried that the proposed new law would make it too costly for them to provide for migrant help. They knew this legislation was in the works and were already experimenting with mechanical harvesting machines that could replace the migrant workers if push came to shove.

Consequently I returned with an entirely different story than my editors were expecting. The story I wrote was published and the newspaper was immediately attacked by the bleeding hearts in the community. I had dared to write an honest and balanced report that was not politically motivated.

Because I failed to "follow orders" the Gazette’s city editor decided that it was too dangerous to allow me to do any more political reporting. Thus I was assigned to be the music and religion writer and editor, a job I was stuck with for the next two years that I remained at that newspaper. (I should add that the assignment was a blessing in disguise because it turned out to be a two-year educational experience that changed my life.)

I should note that the tougher laws forcing farmers to provide improved housing for migrant workers went on the books. And just as the farmers predicted, there was the introduction of new harvesting machines that shook plums, peaches and apples from the trees and blueberries from the bushes. I even watched a machine mow a field of asparagus much like a combine takes down a field of wheat. The migrant families weren’t coming any longer.

My next job was as Sanilac County bureau chief for the Times Herald at Port Huron, Michigan. I remained on that job for the next 21 years.

During those years we had three area families that became winners of the new Michigan million dollar lottery. I was assigned to visit all three families and produce a story on how the lottery win changed their lives. I was surprised and shocked to discover that the money was no blessing to any of the three families.

One winner and his wife were divorced, the second winning family I visited was seeking professional help in learning how to deal with so much money and all of the people who were trying to con them out of some of that cash. The third winner was an old railroad station master who refused to change his life style. He put the money in the bank and continued to go to his old job every day, as he had always done.

I filed a story that my editor in Port Huron was not expecting. It basically noted that million dollar lottery wins are not an assurance of happiness. The state editor took it upon himself to completely rewrite my story, turning it into a lie. He obviously expected a money equals great happiness story and did not believe the story I produced. Needless to say, we exchanged words. This was the second important evidence that the concept of truth in news reporting was being compromised. I blamed the editor that made the story changes and thought it to be an isolated case.

Looking back on those years I realize that this was only the beginning of a gradual shift from balanced news reporting to editorial manipulation of news reports. There seemed to be a new breed of journalists emerging in those years from our colleges and universities. They were not learning from the same textbooks that I trained with.

For example, my in-depth series of stories about Vernon Trigger, a retired genius that had worked on important military installations, an amazing inventor of ship-to-shore radio, and early researcher into alternative energy sources, never saw the light of day. My editor at that time accused me of making the story up and refused to print it.

I worked as a county news bureau chief in those days which involved coverage of government, police, industrial and miscellaneous news events spawning a two-county area of Michigan. I loved the job because it involved writing the most sensational and important stories affecting area readers and allowed me to separate the trash from the headlined events.

I devoted much of my time attending and reporting on activities at the county board of commissioners; city, village and township boards, and local school boards. I believed then, and still believe that the activities of our elected officials need to be carefully watched and reported on by members of the fourth estate; namely the press.

My editors apparently were coming out of journalism school with whole new concepts. The day came when I was ordered not to  waste time personally covering public meetings. I was told to just call the clerks and secretaries on the mornings following the meetings and get lists of motions made and whether the motions were either carried or defeated. The paper then published brief lists of the motions on little boxed public notices buried on the inside pages.
​
Important issues like rezoning of large neighborhoods, proposed tax increases for public building projects, and decisions to lay-off workers fell into those boxed-in reports. We were no longer informing the public about the actions of our elected officials or the things that motivated their decisions.

My bureau was closed shortly after this and I was drawn into the main office where I was assigned to writing drab feature-type stories that bored me to tears and I am sure had little interest to the readers. I was not surprised that our readership declined even though area population was on the increase. I was witnessing the decline of the era of the American newspaper.

I considered much of the rising disinterest in our paper to be our own fault. We were no longer doing our job, which was being a watchdog over government.

I was enticed into taking early retirement when I hit age 55. All reporters were given financial incentive to go into early retirement at that age. The paper was beginning to reduce its staff, starting with its oldest and most experienced writers. We also were the guys who knew the golden days of great newspaper writing and were tending to rebel against the changes. Out the door we went.
​
That great newspaper, which once filled a building that spawned an entire city block, has since been reduced to a small space where office staff and a couple of writers work. They rarely leave the building and get most of the stories for the paper by telephone. The paper is published in another city and trucked back to town every day.