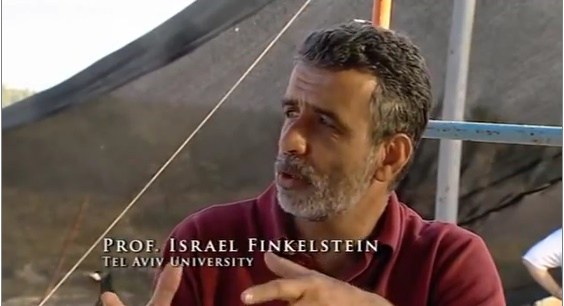 The Biblical History of Israel Is A Lie

Careful research by a top Jewish archaeologist from the Tel Aviv University and other prestigious scholars has uncovered the shocking truth behind the Old Testament stories about the origins of the Jewish State of Israel . . . it didn’t happen that way.

Christians and Jewish religious leaders cried heresy in 2001 when Israel Finkelstein, chairman of the university's Archaeology Department, and historian journalist Neil Asher Silberman published The Bible Unearthed: Archaeology’s New Version of Ancient Israel and the Origin of Its Sacred Text.

Yet another Tel Aviv archaeologist, Ze'ev Herzog, beat them to the punch when he published a magazine and newspaper article in 1999 that also blew the whistle on the twisted Bible stories.

In essence, they are all saying that archaeological research shows that the Israelites were never in Egypt, they never wandered in the desert, they never conquered the land of Canaan in a military campaign and the land was never passed on to the twelve tribes of Israel.

Also, the walls of Jericho never came crashing down, and there was never an empire of Israel under the reign of Kings David and Solomon. If they existed at all, David and Solomon headed modest chiefdoms.

The stories of the great patriarchs like Abraham, Isaac and Joseph are also in question because the scholars are finding the Bible stories filled with inconsistencies. The ancient Egyptians left no evidence that the Israelites were ever in Egypt, and the Sinai Peninsula lacks any evidence of the large encampments required for so many people to have made during 40 years of living in the desert.

In his book, Finkelstein theorizes that the Israelites were among the many nomadic shepherd tribes that existed among the Canaanites. If so, it means they came from the same genetic origins as the other people in the Middle East, including the Palestinians, and that the grand national myth of a people chosen by God to rule the "Promised Land" is just that, a myth without basic for fact.

The famous battle of Jericho, as told in the Book of Joshua, also is debunked by archaeological evidence. It turns out that the city of Jericho didn't exist at the time this event was supposed to have happened. Once it did exist, the city had no walls.

The story of David, whose army captured Jerusalem and established a vast united empire, and his son, Solomon, who reportedly acquired great wealth and built the first temple, is perhaps the core of the Israeli myth of ownership and superiority over the Palestinians who occupied the land until the Jews were driven to the area during World War II.

Authors Finkelstein and Silberman suggest in their book that it was Josiah, a descending king over a more developed Jerusalem who lived over 300 years after David, who ordered the transcription of the Old Testament stories. Josiah apparently believed, as have many great rulers since, that a national scripture was needed to cement a monotheistic religious orthodoxy. The Old Testament stories have continued to generate a national identity for the new Israel even today.

Amy Dockser Marcus, author of The View From Nebo: How Archaeology Is Rewriting the Bible and Reshaping the Middle East, notes that certain things like monumental structures, royal documents, or national scripture like the Old Testament, are almost always "a sign of state formation, in which power is centralized in national institutions like an official cult or monarchy."

Finkelstein is still digging in the ruins of his ancestors and recent news stories suggest that the evidence he is finding still supports the theories outlined in the book.