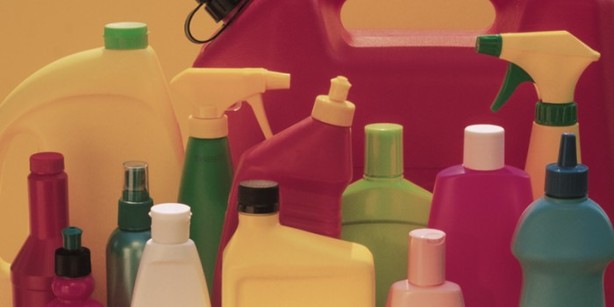 They are called xenoestrogens, part of a new field of xenohormones that they are found everywhere we use or come in contact with chemicals. And they are affecting our health in ways you can't imagine.

The word xeno means foreign. Thus a xenoestrogen means a foreign or synthetic form of the hormone estrogen. A recent report notes that some of the 100,000 registered chemicals used in the world today have hormonal as well as toxic and carcinogenic effects on the people who come in contact with them. Plastics are among the worst offenders.

Why are xenoestrogens a problem? Have you wondered why male erectile disfunction has become such a marked problem and we are seeing television ads for a line of new products that help men have sex? Hasn't it occurred to us that this might be abnormal and that something is going haywire with our environment?

Blame it on xenoestrogens. They upset the normal hormone balance in men, women, children and even animals. They rob the male sex drive, stimulate male breast development, and are linked to female breast cancers. When injected into male animals they literally cause chemical castration.

Nearly everything we eat or drink now comes in contact with plastic containers or wrappers before they get on our table. Sometimes we put the food on plastic dishes and eat it with plastic spoons, forks and knives. The plastic leaches a chemical called bisphenol-A, found to be an xenoestrogen directly linked to breast cancer.

Birth control pills used by women contain a synthetic form of estrogen that also classifies as a xenoestrogen. So does diethylstilbestrol, a chemical hormone fed by farmers to livestock to help them grow and fatten up for slaughter.

The pesticide DDT also is a major problem. If you thought this chemical was out of production and not a problem in the United States just because we banned its use, guess again. There is more DDT being manufactured in the US today than ever before, but it is all being marketed in other countries that do not prohibit its use. The produce we buy food from Mexico and other countries that ends up on our tables. That food is often laced with DDT, and we eat it. DDT has been found to be an xenoestrogen.

Thus we can blame the male need for Viagra and other male erection narcotics on the American chemists that promised a great new world but gave us a poisoned environment.

The plastics industry and other chemical giants argue that the chemicals listed among the xenoestrogens are generally too "weak" to harm. But consider that just 2 to 5 parts per billion of the bisphenol-A that leaches from plastic bottles is found to be enough to stimulate growing cancer cells in the female breast. And tests have shown that chemicals that affect the hormone systems of the human body are occurring at from 100 to 1000 times in greater concentration than that of normal human hormones.

Because of the way we live it is almost impossible for people in developed countries to avoid contact with xenoestrogens. But one writer, Dr. Elizabeth Smith, offers the following suggestions in an in-depth article she produced on this subject:

--Use glass or ceramics to store food and water and never heat food while it is wrapped or contained in plastic.

--Use a simple detergent with less chemicals for both laundry and dish cleaning. Also use simple soaps for shampoo and body washing. Never use fabric softeners or dryer sheets.

--Gardeners use natural pest control and avoid pesticides. Never use herbicides. Instead, try a cup of salt per gallon of vinegar.

--Be a vegetarian. If you must eat meat, look for hormone free meats. Also buy organic produce grown without pesticides, herbicides or synthetic fertilizer or hormones if possible. Grow your own food whenever and where ever you can.

--Use condoms without spermicide for birth control instead of birth control pills.
​
--Avoid skin creams and other products that contain hormones. When applied to the skin hormones are directly absorbed by the body and are 10 times more lethal than when taken orally. Never use skin lotions that contain the preservative paraben.