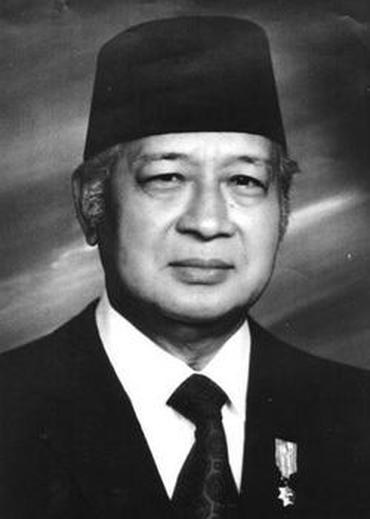 Among the evil mass killers of our time stands General Suharto, a dictator who came to power in Indonesia in 1965 and left more than a million bodies in his wake. Then, slightly over a decade later, and with the help of American and British governments, Suharto seized the Portuguese colony of East Timor where his generals murdered about a third of the existing population of nearly a million people.

Suharto was responsible for two separate holocausts, making him among the worst mass killers of the Twentieth Century.

He got away with his evil deeds because the Western press conducted a strange cover-up of what was really going on. Instead of reporting the truth, Time Magazine described Suharto as “a gleam of light in Asia.” The official line was that Suharto “saved” Indonesia from a Communist takeover.

BBC correspondent Roland Challis later told how bodies were washing up “on the lawns of the British consulate in Surabaya, and British warships escorted a ship full of Indonesian troops, so that they could take part in this terrible holocaust. It was later learned that the American embassy was supplying (Suharto with) names and ticking them off as they were killed.

“There was a deal, you see. In establishing the Suharto regime, the involvement of the International Monetary Fund and the World Bank were part of it. That was the deal,” Challis wrote.

Of course, for those who have been reading the reports on this site, the International Monetary Fund and World Bank are controlled by the Jesuits, the world power with headquarters at the Vatican in Rome.

A story by John Pilger for Global Research noted that the U.S., British and Australian interest in Suharto’s takeover of East Timor was linked to the discovery of petroleum deposits in the East Timor Sea. “This was a conspiracy to steal East Timor’s oil and gas,” Pilger wrote.

Suharto rose to power in the military. During the war he served in the Japanese-organized Indonesian security force, then remained in the new Indonesian army after the war. There he rose to the rank of Major General after Indonesia gained its independence.

During an attempted government coup in 1965, Suharto’s forces conducted was was described as a “counter-purge” which led to his wresting power from the former President Sukarno. The “purge” was allegedly against Communist forces, but it led to a blood bath and killing of an estimated one million Communist sympathizers.

Suharto remained in power for the next 31 years, expanding his power with an illegal annexation of East Timor in 1975. The untold U.S. involvement in the East Timor takeover was that Suharto met with U.S. President Gerald Ford and Secretary of State Henry Kissinger one day before his forces “invaded” the island nation. Some kind of “deal” was believed cooked with the U.S. at that meeting.

Tens of thousands more people perished in the onslaught that occurred while the U.S. and UK administration looked the other way.

U.S. oil companies moved into East Timor, investing over $2 billion in developing a local petroleum industry. Over 1.5 million people were consequently “transmigrated” from Java and Bali to “colonize” the outlying islands. Suharto also relocated millions more peasants to open up virgin forests for the exploitation of timber. The loss of Indonesia’s virgin forests have contributed to the world environmental crisis.

During his time in power, vast numbers of political opponents were killed, jailed or sent to labor camps.

The great economic collapse of 1997 and 98, and the rise of the Muslim faction in Indonesia forced Suharto’s resignation in May, 1998. Efforts were made to charge him with economic and political corruption, but Suharto suffered a stroke and was declared unfit to stand trial.
​
He died on January 4, 2008 having never answered for his crimes.