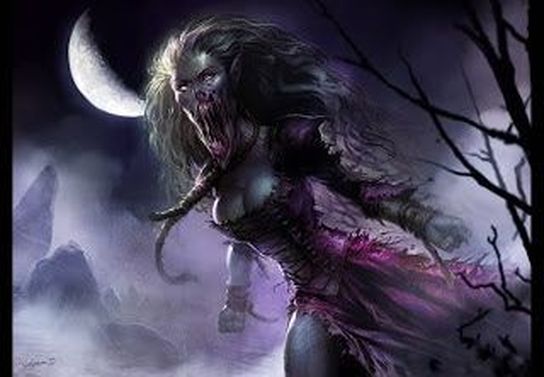 The Wail of the Banshee

There is an eerie Irish myth that speaks of the banshee, a “woman of the fairy mounds” who emits a piercing wail when someone near is about to die. When the sound is heard, or sometimes the spirit is actually seen in one of its many forms, it is considered by the old Irish as an omen of death.

Stories of the banshee also can be found in Welsh, Norse and American folklore, but all probably stemming from the people of the British Isles.

It is said that only the Irish hear the banshee. While this writer is of Irish descent, he has no recollection of ever hearing such a sound. But others say they have.

It is said that some of the Scottish workers on the ill-fated Piper Alpha oil rig heard the banshee’s wail just before that rig exploded in the North Sea on July 6, 1988. There were 167 men killed in what still remains the worst oil rig disaster in history. Only 61 workers lived to tell about it.

In some on-line blogs, we found at least three people, all writing anonymously, who said they either heard, or knew of people who heard the wail of the banshee just before someone close to them died.

A writer in Ellesmere Port, UK, said: “I’ve never heard one myself but my parents claimed they heard one way back in the late forties in Liverpool. They described a warm, still summer evening suddenly rent by a strong wind and sounded like a woman shrieking. That evening a neighbor woman died.”

Another writer said: “Every woman in my family has experienced the cry of the banshee except me. Apparently there is an awful howling that just radiates through the entire house, and even outside that is so loud and terrifying it makes you want to flee. My great grandmother, grandmother and mother have all experienced it. When my mother experienced hers she was home alone at the time. She said it was like a horrible wolf howling, and it was so loud and in any room in the house it seemed to follow you.” This woman said her grandmother later told her how the family is “cursed” by the cry of the banshee. And sure enough, a few days after this, the woman’s great grandmother died.

The third case was described by a person who started right out saying “I always assumed (banshee stories) were made up. Yet one Christmas holiday, while the family was sitting around after dinner sharing drinks and sugar, “there was this eerie wailing, almost crying noise. It sounded like cats crying in agony. That’s when my mother said it was the banshee. . . The following morning a lady up the road, who would be my grandfather’s first cousin, died.”

A copyright story about banshees by Garth Haslam, on the website Anomalies, The Strange and Unexplained http://www.anomalyinfo.com added two interesting pieces of information. He said in his research he found that the oldest stories about banshees do not appear to be legends “but firsthand reports of actual encounters.”

Haslam said these reports were first told in Europe during the Victorian era, between 1860 and 1870. Yet there is a story that King James I of Scotland was approached by a possible banshee in 1437 who foretold his murder.

When the banshee appears, they are always women. Sometimes they appear solid in form, and sometimes they look like ghosts. They may show up as a beautiful woman or an ugly old hag. The banshee also can appear as a hooded crow, hare or weasel, all animals associated with Irish witchcraft.

Some believe the banshee’s wail is only heard by certain Irish families and no one else. The very origin of the banshee myth may stem from an old Irish ritual performed at funerals. While family and friends gathered to mourn, certain women with lovely Irish voices would be paid to weep and wail in the room. Sometimes they sang a lament. These women were called Keeners.

Sometimes families claimed to hear the singing of the Keener even when the family member that died lived far away, before news of the death even reached them. Thus the stories of the wailing of the banshee became one step deeper into the supernatural. It was the first warning the family had of the pending death.