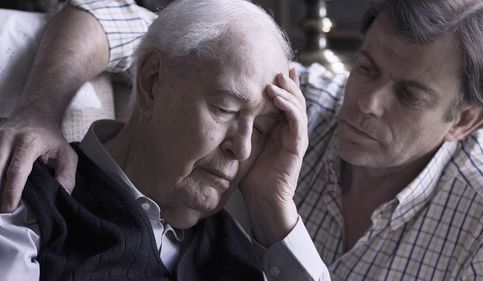 An Ultrasound Cure for Alzheimer’s?

Researchers at the University of Queensland, Australia, say they have found a non-invasive way of using ultrasound to clear the brain of amyloid plaques, one of two known causes of memory and cognitive function loss in Alzheimer’s patients.

In a report published in Science Translational Medicine, the team from the university’s Brain Institute describes a technique in which they use a special type of ultrasound to beam oscillating sound waves into brain tissue. When tested on mice the technique is found to restore the memory function of 75 percent of the mice included in the test, and with no damage to the surrounding brain tissue.

The treated mice displayed improved performance in various memory tasks that they could not do prior to the treatment.

The sound waves are oscillating at high speed when directed into the brain tissue, the report said. The waves are found to gently open up blood-brain barriers and thus stimulate the brain’s natural microglial cells to start doing their job, which is to move through blood vessels acting like tiny vacuum sweepers, cleaning out the toxic amyloid clumps known to be a major cause of Alzheimer’s.

After trials on larger and more complex animal models like sheep, the team hopes to begin human trials by 2017. If all goes well, a partial treatment and cure for Alzheimer’s may be available soon thereafter.

In the meantime, a research team at Stanford University in California has discovered that the culprit behind Alzheimer’s appears to be a certain protein called EP2. This protein, which is found on the surface of microglia, causes deterioration of the microglia and consequently inflammation and a buildup of plaque in the brain. As the plaque builds, brain nerves are damaged and the patient experiences an onset of dementia.

The Stanford team believes Alzheimer’s may be prevented and even cured by simply finding a way to clear the EP2 protein and thus boost the brain’s natural immune response.

Thus the Stanford researchers are looking at ways of attacking Alzheimer’s from a different direction. Now that they have identified the receptor that causes Alzheimer’s they are now looking for a drug that will interfere with EP2 and slow or prevent the accumulation of amyloid plaques in the brain.

Unfortunately, understanding the disease that is attacking the aging brain is almost as complex as understanding the brain itself. What is already known is that stopping amyloid plaques is only going to be part of the solution.

Alzheimer’s also is caused by another type of lesion known as Neurofibrillary tangles. These lesions are found inside neurons within the brain and appear to be caused by defective tau proteins that clump up into a thick, insoluble mass. The tiny filaments that are the result get all twisted, thus the name “tangles.” When this happens they disrupt the transportation of nutrients and other essential information, which also brings on mental confusion.

The medical teams are still trying to find a way to fix this secondary part of the Alzheimer’s puzzle.
​
The good news is that ultrasound seems to work on a majority of the patients and researchers are zeroing in on the rest of the problem. All of this means that there may be hope for the world’s estimated 50 million Alzheimer’s patients very soon.