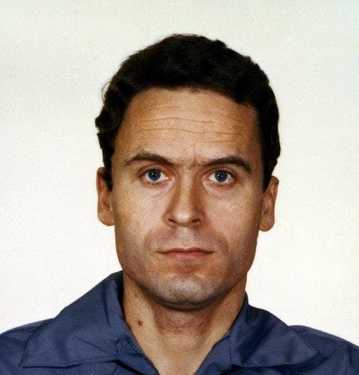 The Evil That Was Ted Bundy

Most people who were living in the United States in the 1970’s and 1980’s remember the name Ted Bundy and the horror story surrounding it. Bundy was arrested and charged as a serial killer but also accused of kidnapping, rape, burglary and necrophilia. Before he died in the electric chair in Florida in 1978 Bundy confessed to 30 murders although authorities believe there were probably many more.

Bundy was a strikingly handsome, intelligent and charismatic man who used his skills to attract young women to their demise. His technique was to get his victims alone then overpower, rape and murder them. It was said he hid the bodies in secluded places and revisited the corpses numerous times to perform sexual acts with them.

Sometimes Bundy broke into the homes of his victims and killed them in their beds.

Bundy decapitated about 12 victims and kept the heads in his apartment as mementos.

Police first arrested Bundy in Utah in 1975 on charges of aggravated kidnapping and attempted criminal assault. He also was a suspect at that time of several unsolved homicides in multiple states. During this time Bundy engineered two dramatic jail escapes and continued his killing spree until finally captured in Florida in 1978.

Bundy's origins were as strange as his life. He was the bastard child of Eleanor Louise Cowell who delivered him at a home for unwed mothers in Burlington, Vermont in 1946. His mother claimed she had been seduced by a "sailor" but was unable to identify the boy's father.

Because of the stigma attached to his birth, the boy spent his early years with his grandparents. It was learned by researchers that the grandfather, Samuel Cowell, was described as a "tyrannical bully" and a fierce racist, who beat his wife, the dog and tortured the neighborhood cats.

In 1950 Ted's mother, Louise moved with Ted to Tacoma, Washington, where she married Johnny Culpepper Bundy, who adopted Ted.

As Ted Bundy grew into adulthood he showed early signs of being a bright and somewhat normal man. He had several affairs with women and even married Carole Ann Boone in 1979. The marriage lasted seven years.

He enrolled in the University of Washington in 1970 where he majored in psychology. During this time he worked at a suicide hotline crisis center in Seattle where he met and became romantically involved with Ann Rule, a writer and former police offricer. Rule later wrote the most noted Bundy biography, The Stranger Beside Me. In the book she described his behavior while she was with him as kind and empathetic.

In 1973 Bundy switched his studies and entered law school. He also was involved with another old flame identified by some researchers as Stephanie Brooks. It was during this period that Bundy started skipping his classes at school, broke off his relationships with Brooks and authorities believe something may have caused him to begin his killing spree. It was about this time that young women began disappearing throughout the Northwest and police realized they had a serial killer on the loose.

Nobody is sure just when Bundy began killing women. He told so many different stories that the web of his life has remained in a fog. While he had no trouble confessing the killings committed later in his life, Bundy appeared reluctant to discuss events leading up to his murder spree. Some believe he may have begun killing as early as 1969 or even earlier.

For a while female college students were disappearing at a rate of about one a month. Before it was over Bundy is known to have killed women in Washington, Utah, Colorado, Oregon, Idaho, California and Florida. All of his victims were white women, mostly from middle-class backgrounds, and nearly all between the ages of 15 and 25. Most of them were college students.
​
His last murders occurred in Florida after he escaped from a Utah jail. Florida enforced the death penalty and after his conviction in two separate trials, Ted Bundy was put to death in the electric chair at Florida State Prison, Bradford County, on January 24, 1989. He was 42.