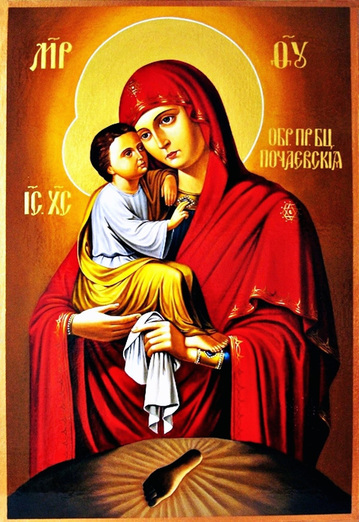 The Original Mother of God

Semiramis was said to have been both the wife and the mother of Nimrod. Nimrod, in turn, was thought to have been the first post-deluge world emperor, recorded in history as the Assyrian King Tukulti-Ninurta I, the founder of Nineveh and ruler of the known world within the Golden Crescent.

Proof of the actual existence of these two legendary characters is difficult, if not impossible. Yet their footprint can be found in ancient historical text and records, including the Bible. Nimrod is mentioned briefly in the Book of Genesis as a great grandson of Noah. The New Testament story of the Virgin Mary giving birth to a god is a text taken right out of the legend of Semiramis.

Historian George Foryan, in a lengthy essay titled "The Legend of Semiramis," wrote that the only complete significant documentation he found intact about Semiramis is by Greek historian Diodorus Siculus, who lived at about the same time as Julius Caesar. Some scholars argue that the text, however, is plagiarized "and based on historical legends colored with elaborations of thought and disguised fantasies."

Through remote viewing and direct communications with entities that exist in timeless dimensions that parallel ours, we have determined that myths and legends passed down through time can be rooted in historical fact. The Greek myths, for example, about gods that came to Earth, mated with the women and produced superhuman children, are not only retold in the Book of Genesis, but also in the Legend of Gilgamesh.

King Tukulti-Ninurta, or Nimrod if you prefer the Biblical version, was said to have ruled the land of Shinar and founded several great cities, including Babylon, at about 2,182 B.C. The link between the two names is this: the Genesis account claims that Nimrod founded the City of Nineveh. Justin's Histori Romani Scriptorium, however, gives credit of founding Nineveh to the Assyrian king Tukulti-Ninurta I who existed from 1246 to 1206 B.C.

Semiramis was the wife of Tukulti-Ninurta, or Nimrod. She was said to have not only been very beautiful, but also politically powerful. As the story goes, both Nimrod and Semiramis established themselves as the gods Marduk and Astarte. The construction of the towers, or ziggurats throughout Mesopotamia was, in some way, connected to this religious system.

There are several versions of how Semiramis got to be the declared mother of god. One of them said that after the death of Nimrod, Semiramis bore a son, Tammuz. Since she could not have conceived the child from the dead Nimrod, she proclaimed it to have been a miracle conception and that Tammuz was Marduk reborn.

Semiramis was first included in the pagan trinity as the holy spirit or seed of the divine son in the mother's womb. Later, however, the father's position as a god figure was diminished and the center of worship became the image of the mother with the god-incarnate son in her arms.

The worship of mother and child quickly spread throughout the known world. Ancient Germans worshipped the virgin Hertha with child in arms. Scandinavians called her Disa. The Egyptian mother was Isis with the infant Horus. In India the mother Devaki bore the child Krishna.

The image of the mother with child in her arms became so firmly entrenched in the pagan mind that it was quickly adopted by the Roman Catholic Church after Christianity arrived. For Christians it became the Virgin Mary and the god-incarnate son Jesus.
​
The Christians argue that Semiramis and the other virgin mothers and god-children were all false images designed by Satan to lead people astray when the real thing came along. For the pagans, however, the religious symbols of their time were just as meaningful to them as Mary and Jesus are to the Catholic worshippers today.

All were lies planted in the minds of the masses by dark forces to turn people away from discovering the truth.

The flood was not the only time in history when the human race was brought close to extinction. Apparently this lesson has been taught more than once, and we still haven't gotten it right. I have a feeling that the same program was in the works long before Semiramis arrived on the scene. This old story was passed along for centuries, even before the flood.

I wonder if they had Christmas trees then too?