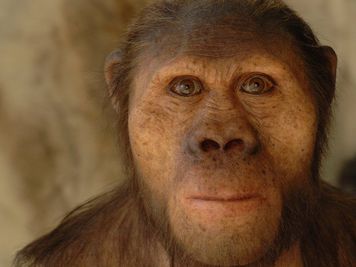 The Alien Link With Humans

Anthropologist Sasha Alex Lessin’s fascinating exploration through 6,000-year-old text found in Sumerian clay tablets turned up information about our solar system that modern astronomers and NASA have only recently proven to be correct. With this in mind we will follow him through a brief study of what the ancients recorded about the origins of man.
The data found on the tablets strongly supports theories by many contemporary writers that our ancestors were earth humanoids that were genetically altered to become Homo sapiens an estimated 200,000 years ago.

Even more interesting is the possibility that our DNA has been given to us by our visitors from the stars. Thus the old myths and legends found in ancient books about gods coming down from the sky and having personal contact with men (and women) appear to be real records of what the ancients perceived was happening to them.

Lessin wrote on his website that Homo sapiens "showed up suddenly 200,000 years ago in the fossil record with distinct differences from any other anthropoid or hominid" then evolving on Earth.

That we just seemed to suddenly appear strongly supports the hypothesis that we were products of genetic manipulation by an outside source. Lessin wrote that "Darwin principles do not apply to our unique genesis and subsequent development." They have never found a "missing link" to support Darwin in the matter of where we came from.

Lessin notes that Neil Freer, author of Breaking the Godspell, which examines Zecharia Sitchin's archaeological, astronomical and genetic proofs behind the Sumerian stories, tends to support Sitchin. Freer points out the unique appearance of Homo sapiens in comparison to other earth humanoids, based on information from skeletal and fossil remains.

Freer wrote: "We have foreheads, hardly any brow ridges, eye sockets far more rectangular than round; relatively tiny nasal passages; small flat mouths and a chin; far less muscular strength and bone density; our skin, sweat process and glands, body hair, throats and salt management are completely different. Human females do not have an estrus cycle. We are bipedal. Our brains, different. We are a product of a melding of two racial gene codes."

By comparison, from what descriptive text we can find, the aliens (Anunnaki) that lived among us may have looked much like us except they were much larger and had elongated skulls. Some of the humanoid skeletal remains of that period measure up to 12 feet in height. The skeletons are much like ours. Another major difference appeared to be an extreme longevity enjoyed by the alien visitors.

As incredible as it sounds, and if the ancient accounts are correct, the DNA of the Anunnaki (or Naphelim)  must have been close enough to our own to make it possible for the "giants" to mate with the women of Earth and bear children. And if the Book of Genesis is correct the offspring from these unions were in some way unique. They were described as "men of renown."

Gilgamesh is described as part-human and part-god, and that he was a "super-human" ruler over the others. The Epic of Gilgamesh says he was "two-thirds god and one-third human; a super-human king who oppressed the people."

These people either were superior in body strength and build, or were superior in their mental abilities. Have those traits been passed down to contemporary humans? Can these unions by aliens account for the vast differences in races, language and cultures that exist all over the world?

Nobel Prize winner Francis Crick and co-author Leslie Orgel, in a paper published in 1973, concluded that due to the complexity of the genetic materials that were needed to seed life on Earth, the planet wasn't old enough to have allowed such unique development to happen naturally through evolution. Thus they concluded that a technologically advanced society on another planet may have been in some way involved.
​
But Crick also has proposed panspermia, a theory that life spreads across the known physical universe, hitchhiking on comets and meteorites.

The story outlined in the Sumerian clay tablets, if true, solves much of the mystery concerning our origins. What it doesn't completely solve is just where the alien visitors came from, why they spent so much time here, and after launching a new offspring of intelligent beings why they eventually left. We also question the origin of the humanoids that were living among the other animals of Earth at the time.

It appears obvious that we were in various stages of natural development. If the stories are correct, contact with the visitors from space just sped up something that was already occurring.
​
Not only did the new genetically altered race of humans help the aliens mine for gold in Africa, but they became the foundation for a superior Homo sapien being that eventually occupied the planet.