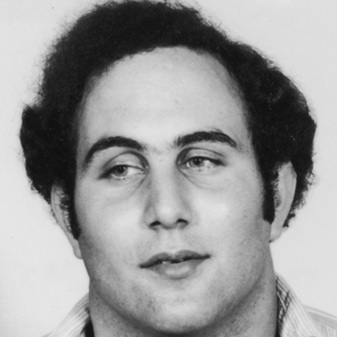 Even though it happened nearly 40 years ago, during the summer of 1976 and spilling over into 1977, residents of New York still vividly remember the fear-filled days when the serial killer known as “Son of Sam” was randomly shooting people without cause.

While the manhunt was going on, the media first dubbed him the “.44 Caliber Killer” because he was using a .44 caliber revolver to shoot his victims. Before it was over, six New Yorker's were murdered and seven others seriously injured.

The killer, David Berkowitz, achieved the nickname “Son of Sam” because of mocking letters he sent to the police, daring them to catch him and promising further killings. He claimed to be obeying the orders of a demon, manifested in a dog named Harvey and owned by a man named Sam.
​
Once apprehended by New York City Police, Berkowitz confessed to the killings. Police said that during the course of their investigation, they also believed Berkowitz was involved in numerous unsolved arsons in the city as well.

Now an old man at 61 at the time of this writing, Berkowitz is spending the rest of his life serving six life sentences at Sullivan Correctional Facility in Fallsburg, New York. Strangely, while he has been eligible for parole since 2002, Berkowitz has refused to attend parole hearings. He has joined a Jews for Jesus prison group and claims that Jesus has forgiven him and “set him free.”

So who was David Berkowitz and what was it that triggered his crazed actions?
He was born Richard David Falco on June 1, 1953. When only a few days old he was adopted by Nathan and Pearl Berkowitz, thus given the simple name David Berkowitz. It was said that he was an intelligent but troubled child and extremely close to his mother. Pearl Berkowitz died when David was a teenager.

When he was 18, Berkowitz joined the Army. He served until 1974 at which time he returned to New York and took a job in the postal service. He lived alone in a Yonkers apartment. Neighbors described him as a quiet loner.

No one knows what triggered his killing spree.

His first victims were Donna Lauria and Jody Valenti. The two teenagers were sitting in Valenti’s car parked in front of Lauria’s home on the night of July 29, 1976, when Berkowitz shot them. Valenti was injured but survived the attack.

In October Berkowitz show at another couple sitting in a parked car, and in November he shot two teenage girls as they were walking on a public sidewalk. One of the girls was left a paraplegic.

In January 1977, by the time Berkowitz shot another couple sitting in a car, police had linked the shootings and had created a special task force to hunt down what was then known as the .44 Caliber Killer. One of these victims, Christine Freund, later died of a bullet wound to her head.

In March 1977, Berkowitz shot and killed Virginia Voskerichian, a college student, as she was walking home from her classes. Then in April, Valentina Suriani and Alexander Esau were both shot and killed while sitting in their parked car. Police found the first letter at this scene that taunted the police. It was signed Son of Sam.

Berkowitz was captured after his last attack early in the morning of July 31, 1977. He shot another couple, Stacy Moskowitz and Bobby Violante in Brooklyn. Moskowitz died from her injuries and Violante was left blinded.

A witness at the scene of the last shooting told police he saw a man driving off in a car that had a parking ticket on the window. Police tracked the parking tickets issued that day and one of them led them to Berkowitz. He was arrested on August 10.

Berkowitz went through weeks of psychiatric examination before it was determined he was fit to stand trial. The trial was never needed. Berkowitz pleaded guilty to all six killings. He claimed his neighbor was the devil and had commanded him to kill through his dog. Never-the-less, the court found him mentally competent and sentenced him to 25 years to life behind bars for each murder.
​
As an interesting follow-up, in the 1990's Berkowitz amended his confession and claimed he had been a member of a violent Satanic cult, which orchestrated the killings as ritual murders. The police launched another investigation, but found no evidence of such a cult’s existence.