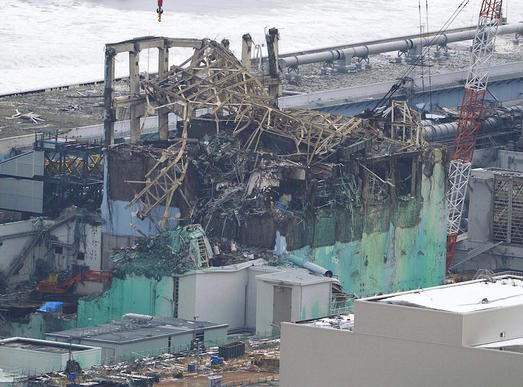 Is Big Business Forcing Japan Into a Larger Nuclear Nightmare?

After five years of struggling to fix the radioactive disaster still occurring at Tokyo Electric Power Company’s (TEPCO) Fukushima nuclear plant, the company has announced plans to restart the failed plant and bring an end to Japan’s overall plan to abandon nuclear power by 2030.

The announcement came upon the heels of a sudden decision by Hirohiko Izumida to withdraw his bid for re-election as governor of Niigata Profecture in the October 16 gubernatorial election. A profecture is a territory much like people in the U.S. refer to as a state.

The Izumida decision appears highly suspicious. It has been Izumida who has been blocking further operation of nuclear plants under his jurisdiction.
Has his election campaign been sabotaged? He spoke of “unfavorable reports” in a local newspaper over “a ship purchase by a shipping firm partly owned by the prefecture” as a “factor” behind his decision. He said that in the current situation involving this issue “we find it difficult to convey our position to the people.”

Knowing the Japanese mindset, it appears that Izumida is the victim of some kind of political scandal. He may thus be the victim of the ancient tradition of “losing face.” We are thinking Izumida may have been set-up in something not of his doing so that he would be forced to resign, thus allowing TEPCO to have its way with plans to reopen company nuke plants.

Izumida has opposed the company’s efforts to restart its Kashiwazaki-Kariwa nuclear plant in the prefecture and has been pressuring TEPCO to reveal causes of the 2011 nuclear reactor meltdowns at three of the five standing Fukushima plants.

Now with Izumida out of the way TEPCO is boldly announcing plans to also reopen the Fukushima facility. Japanese nuclear power analyst Hidetoshi Shioda was quoted in one publication as saying “the next Niigata governor will likely not make as many relentless demands as Izumida.”

That sounds more like a warning than a prediction.

Why would TEPCO be going to such lengths to get those deadly nuclear plants back on line? The answer is always money. The company boldly states that it expects to boost its profits by $97 million a month for every reactor it restarts.

TEPCO claims that its $312 million mile-long government-financed underground refrigeration system is successfully starting to create an “ice wall” that has not yet stopped the volumes of radioactive water flowing through the plant and into the Pacific Ocean. That deadly flow of water hasn't been stopped since the disaster occurred in 2011 and much of the Pacific Ocean is now too toxic for healthy sea life. The fishing industry along the North American coast has been severely affected.

In earlier reports, within days after the system was turned on, technicians told news reporters that it was failing to freeze ground temperatures enough to create the desired ice wall extending 100-feet into solid bedrock. Now, months later, the ice wall still is not working but company officials say they now have high hopes. They say it has taken time to freeze the ground all the way to bedrock, but by now the radioactive water is nearly contained.

No sooner had they said then when a powerful typhoon swept the area. It now is found that the force of the underground surges in wave action melted open two more holes in that alleged wall of protective ice. Whoops!
​
Critics say the ice wall is nothing more than a “Hail-Mary play” by TEPCO to appear to be fixing an unfixable problem. They have recommended a concrete wall instead. The ice wall, even if it eventually stops a daily flow of 40,000 gallons of toxic groundwater, is “elaborate and fragile.” It depends on 30 giant refrigeration units that are consuming as much power as 13,000 homes would use in a year.

And then there are more typhoons, earthquakes and global warming problems to deal with.

Even if the “ice wall” eventually stops the escape of radioactive water, it would only be the first step in an almost impossible disaster repair problem. That at least one plant has gone into total meltdown making it impossible for even especially designed robots to get close to the reactor or its cores without failing. From news sources it appears that technicians can't even get a photograph of whatever is going on inside of those extremely radioactive nightmare structures.

In spite of news stories suggesting otherwise this disaster is not contained. And from all indications, it may never be. The plants were foolishly constructed in line at the edge of the open sea, over a major fault line, and in the heart of a heavily populated area in a major industrial nation.

Thus the uncovered and unconstrained 4,400 tons of nuclear fuel rods, which have gone into melt-down, are dwarfing radiation levels shown anywhere in the world. And they are threatening not only the nation of Japan but the entire Northern Hemisphere of the world.

It was wise for the Japanese government to order a shut-down of all of its nuclear power systems after the Fukushima earthquake and tsunami slammed the five generating plants.

Now, the government says it plans to restart at least 32 of the 54 reactors it ordered shut down after the disaster. This could be a terrible mistake. We are all breathing, eating and living with the deadly isotopes settling silently and invisibly around us. Nobody wants to see a nuclear plant disaster of that magnitude occur again, anywhere, if we have not yet devised away to control it.