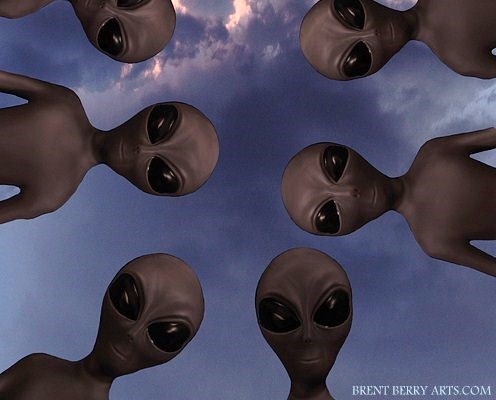 My late wife and I were startled one morning by some loud knocking on our second floor bedroom wall in our Michigan home.

The rapping seemed intelligent in that there was some design to it. Three sharp knocks, a pause, two more raps, another pause, then perhaps four or five raps. This continued for several minutes, the noise slowly moving from one corner of the room northward along an outer wall toward a closet door.

It was a loud knocking, as if someone was on the other side of our plaster wall. Yet behind that wall is the exterior of the house. From the second floor of an old Victorian home on a hill, it would have taken someone on a scaffold with a heavy hammer to accomplish such a racket.

There was no scaffold. It was early in the day, and we were sure that nobody else in the house was awake. Otherwise, we would have considered it a practical joke. The alternative was poltergeist activity. After all, we had seen and heard enough to suspect that the house was quite haunted.

My wife had been contacting spirits and receiving messages from the astral world for many years. She decided to try to make contact with whatever spiritual force caused the noise. I got out a pad of paper and a pen and prepared myself mentally for entering the other world with her.

We expected to be talking to a ghost. We were told that we were talking to an “entity.” I asked what that meant, what kind of entity? The definition of entity is an individual, a person, or a being. It also can be a thing.

It repeated that it was an “entity very far from here.” It said that it was attracted by a “light source above your head” that it called “the contact light. We see your strong light brings us there.”

While it was not clearly visible to my conscious eye, my wife always emitted a bright aura, usually around her head. It showed up occasionally when she had her picture taken. The photo is often fogged by the light. When we lived for a while with the Navajo in Arizona, the natives constantly remarked about her light. I saw her aura as pale blue sprays of light.

The entity told us why we were summoned by the knocking on the wall. It said it wanted to make contact because it had a message. I wrote down the following as she received it:

“We cannot communicate in words like your system so we tried putting out sounds on your wall like presenting an old way to communicate. We are over your home now. Use very high beam in order to communicate now. Turn vision to (the) beam on moon. Yearly, lights come from there. Zero in on this.”

My wife said she asked mentally what this entity looked like. She also asked its name. It answered:

“Cannot put name down to you. Mouth on us is very small. Our eyes are big. Face is gray. We have four fingers with only one mind. (The mind is) too powerful to read your minds there. We watch your light. Stars shine like this. Your light is a communication device for us to reach contact soon.

“Your light is the right wavelength for us to contact. Written on your DNA is the light that shines up to us as a communication beam. Question arises about why you are not communicating more in this way. Volumes of data is locked up inside your DNA.

“Turn forward. Your quest for contact will make everyone listen. Stop abnormal living there.

“We are not here for harm but do not want others to come back.

“Rest tonight and communicate tomorrow. The knocking on wall was a communication from our world.”