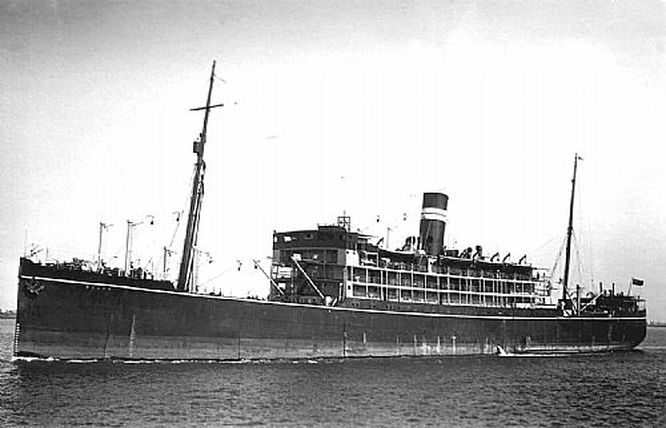 The British cargo and passenger vessel Malda was a fine four-year-old ship operating in the British-India Steam Navigation Company fleet when it was sunk by a German submarine off Scilly Isles, near the English coast, on August 25, 1917.

The 450-foot steel-hulled steamship, Captain Charles Davidson at the helm, was steaming from Boston to London with cargo and passengers. One report noted that 64 lives were lost in the sinking, although several lifeboats made it successfully to shore or were picked up by passing ships.

The Malda was battling a fierce northwesterly gale when struck by a single torpedo on its port side from U-70 at about 1:40 p.m. The blast killed four sailors and flooded the engine room, leaving the ship without power but still afloat. Two other sailors were lost overboard in the storm and a seventh died from exposure.

Early in World War I the German U-boat captains were busy sinking British ships, but they usually allowed the crews to escape in lifeboats. U-70 surfaced and stood by as the Malda slowly settled. One of the lifeboats was chased away when it attempted to re-board the sinking steamer.

Captain Davidson’s boat was picked up by a ship in an eastbound convoy. The other boats successfully reached land.

The Malda was among a vast fleet of fine steamships sunk by German U-boats during the “Great War.”