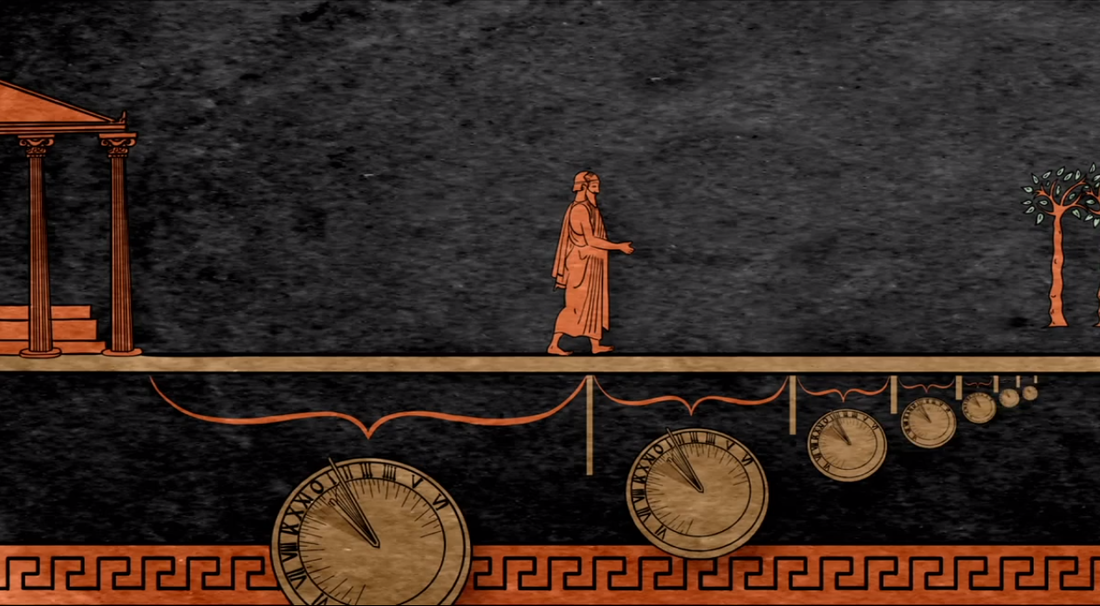 Mathematicians like to play with numbers to prove things that don’t make much sense. Among their odd numeric paradoxes is the one involving dichotomy.

This paradox, like many in existence, is attributed to an ancient Greek philosopher named Zeno, who used it to argue that the universe is singular and that motion is impossible.
Mathematically the argument supporting this paradox begins by stating a truth; that one-half plus one-quarter, plus one-eighth, plus one-sixteenth and on into infinity all adds up to 0.999. Using this formula it is therefore impossible to reach the conclusion, which is one.

How can this be demonstrated in physical terms for clearer understanding?

Suppose we have an athlete seeking to reach a goal of running for ten miles. He has rest stops along the way. The first is at the half-way point of five miles. After stopping for a rest and perhaps a drink of water, the runner next continues for another half-way point, or a quarter of the full distance before reaching the next rest stop. Now he has covered three quarters of the distance.

Here is where the mathematical formula comes into play. Each stop after this is located at half of the previous distance. Thus the runner continues for one-eighth of the distance and then stops again. After this, he runs for a sixteenth of the distance. But continuing under these rules, it becomes impossible for the athlete to ever reach his goal. He continues on into infinity, each time moving forward half the previous distance. If he lives long enough he might reach a point where he is a fraction of an inch from the ten-mile goal, but he can never reach it.
​
Surely this appears to be a ridiculous mathematical abstraction that has no purpose in real life. But to the early Greek philosophers problems like this were designed to make their students think about the world in ways that reached "outside the box."